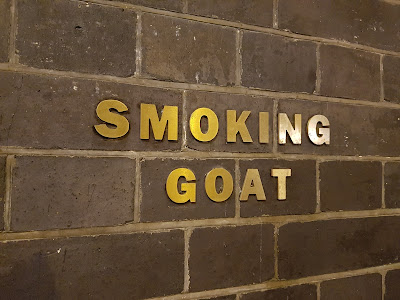 There is very little as pleasurable in life as a long and boozy lunch with an old friend on a wintery Saturday afternoon. The kind of lunch that starts in the pale winter light and meanders its way through a menu of cocktails and conversation until its dark as pitch outside and you realise just how pissed you are as you try to avoid setting fire to your sleeve on the newly lit candle that’s appeared on the table as you struggle to put your coat on. 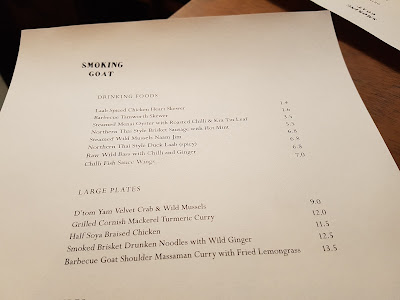 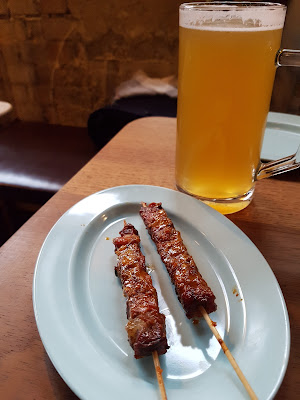 It all started off rather sedately, at Smoking Goat in Shoreditch – the new kid from the Soho stable, which also includes the much lauded Kiln – with a couple of frosty beers (I drank the excellent One Mile End Juicy 4pm) and a couple of grilled Tamworth skewers; the smoky meat interspersed with nuggets of fat and lacquered in a sweet and sticky glaze.

The menu is a concise mix, familiar to anyone who has been to the original, that focuses on Thai drinking snacks with a few larger sharing dishes and sides. It’s also very keenly priced, meaning we could try far more of it, which is handy because I wanted to try it all. Normally that’s just because of sheer greed, but here everything sounds fantastic, from the poached Menai oyster with chilli to the drunken brisket noodles, neither of which we had the capacity to shoehorn in. 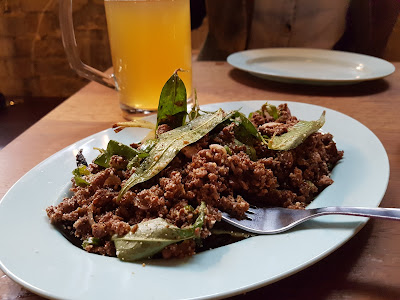 One thing I was very keen not to miss out on – partly as it’s one of my favourite Thai dishes, and partly because it comes with a chilli heat warning and I’m a masochist when it comes to preserving my taste buds - was the duck laarb. Finely chopped pieces of duck offal cooked with ground rice and indecent amounts of chilli, dried red and fresh green, seasoned with lime juice and fresh herbs. The ultimate drinking snack. Just the ultimate snack full stop.

Like most good spicy things, the burn grows from a pleasant tickle into a flicker that moves across your tongue and makes the sweat prick your brow. While poky, the heat is far from incendiary, meaning you can pick out the delicateness of each individual flavour. Unless your stealth and you eat the whole red chilli. Then the whole green one too. 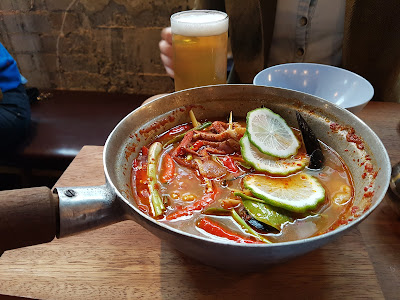 From the larger plates section the d’tom yum came in a large pot - perfect for sharing -swimming with velvet crab and plump wild mussels and the addition of assorted aromatics in the form of lime, chillies, lemongrass  and ginger. Tom yum is one of my favourite soups and here the broth was perfect – clean and well-balanced between sweet, salt, and sour with a dash of heat creeping in. 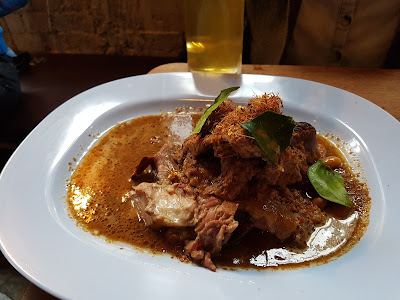 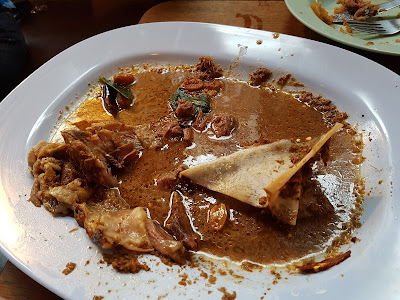 The goat itself, served slow braised in a massoman curry sauce, was good, if a little lacking in sparkle after all the fireworks. By no means a bad dish - the huge hunk of tender shoulder slipped from its bone, possessing just the right ratio of meat to fat – the mild flavours were, unsparingly, somewhat muted after the slap round the chops from what had come before. I also didn’t get any spuds, which would have been entirely superfluous at that point, but I was kind of looking forward to a couple of yielding tubers to crush into the peanutty sauce. 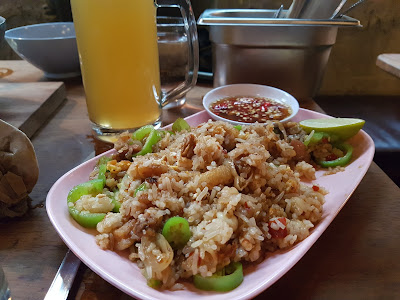 To make up for any lost carbs – several beers were also helping with that - we also ordered the lardo fried rice (although the fluffy plates of jasmine rice being served at the table next to us smelt incredibly good), studded with chunks of crispy fatty pork, spring onion and crispy omelette and served with a dish of piquant chilli vinegar and half a lime to cut a swathe through the richness. 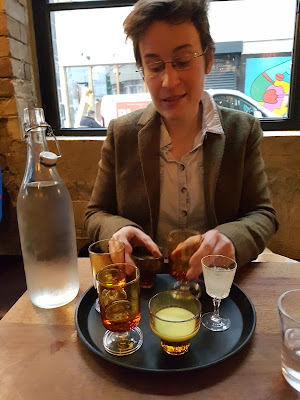 Desserts are a work in progress - maybe not a bad thing judging by some of the Thai sweets I’ve tried, although I do love coconut and mango sticky rice - but they do offer the perfect way for you to finish a meal in the shape of the Tray of Joy. The Tray of Joy, as the moniker suggests, being a ramshackle assortment of strange liquors – the kind that taste great in a Greek tavern after spending all day in the sun or in an Hungarian bar after several beers  – served in what appears very much like glasses straight from my Nan’s cabinet. 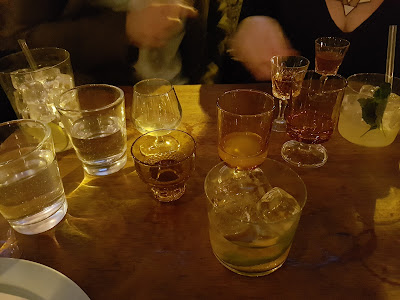 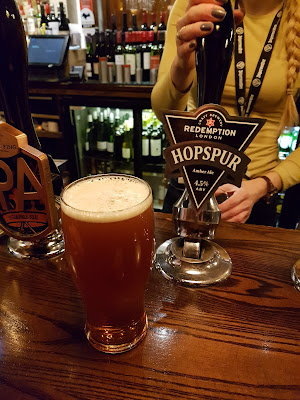 One important piece of research, which I’ve concluded so you don’t have to, is that the number of trays of joy consumed and feelings of joy appear inversely proportional. Although that could be something to do with the subsequent rounds of cocktails we ordered and Spurs losing 2-0 to their North London rivals in the lunchtime kick-off. Still, a well-kept pint of Hotspur at the nearby King’s Stores did a little to ameliorate the gloom.
Posted by Amy at 20:50