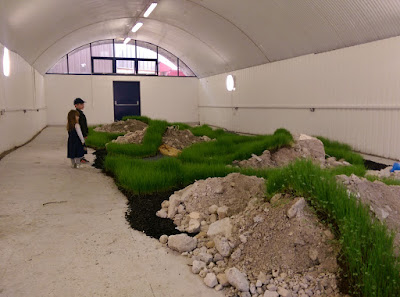 Despite my Brutalist London map only being published at the tail-end of last year, there has been a sense of growing worry around managing to see everything on the #brutaltour. Not, as you might expect, because of my inertia and poor planning, but as the realisation that many of the buildings/estates on the list – including Robin Hood Gardens, Thamesmead, and the recently sold Welbeck Street car park -  have been marked for redevelopment or are in the process of being demolished.

This was a fact that became all too apparent when I went to Google Keybridge House, an ex-BT telephone exchange once voted the ugliest office block in London that even Nikolaus Pevsner described as ‘foreboding’ – to find not only had it been condemned, it had already been razed to the ground. 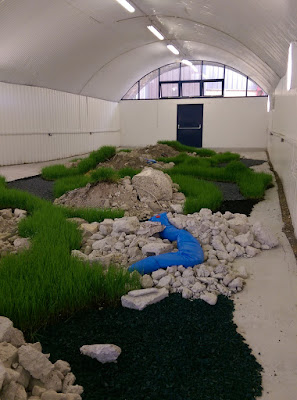 Fortuitously, the sense of failure of not being even a third of the way through and already usurped by the plot to turn ‘Nine Elms’ into an extension of London's playground for the rich, was soon replaced by a lucky discovery. American artist Rachel Champion had been commissioned to create a garden using the rubble from Keybridge House, and it was on display through June as part of the South Bank Chelsea Fringe Festival. Which is how I came to be up bright and early on a Saturday, weaving past the Friday night stragglers in the Vauxhall Pleasure Gardens, on my way to try and salvage the situation (badum-tish).

New Spring Gardens was, as promised, a 'garden' made of rubble in one of the railway arches on Newport Street. Whatever your thoughts on the hulking monolith from which this pile of concrete was wrought, I found it pretty poignant, standing amongst the clumps of grass and piles of brick dust, thinking of all the other buildings that may soon join Keybridge in a ignominious end. 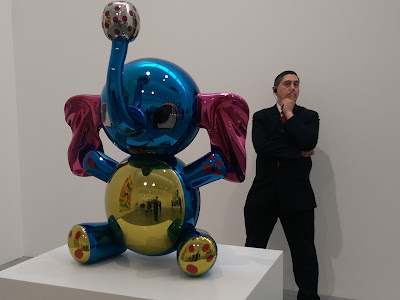 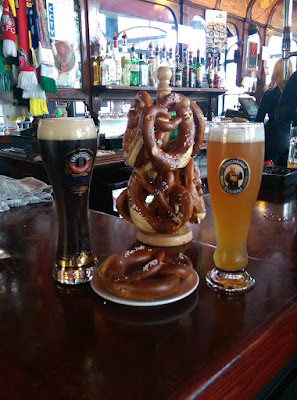 As we were in the area, we took a little detour to see Jeff Koons's exhibition at the Newport Gallery. Officially titled 'Now', I unofficially christened it 'But, is it Art?', which was also the question I asked the Ewing every time she stopped to look at the exhibits (and a fine example of putting my art history degree to good use). 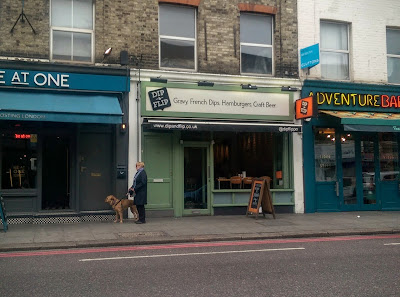 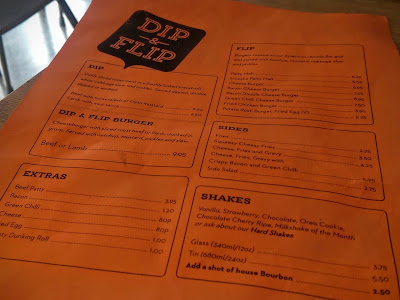 At the risk of repeating myself every time I actually get my act together to write a blog (finally trek somewhere ‘on the radar’/ look at some concrete/eat lunch/have an ice cream), an afternoon in the Zeitgeist beer garden meant I was looking forward to finally visiting the original Clapham branch of Flip and Dip for dinner. 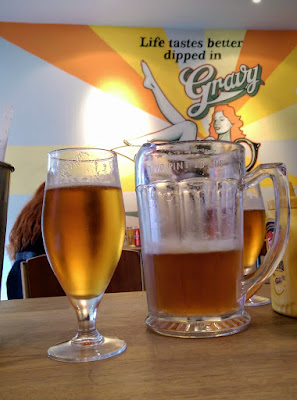 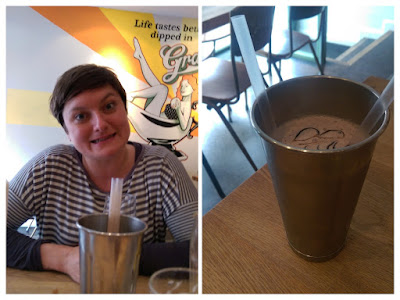 Prior to our visit I had already spent a considerable while pouring over the glistening patties and squeezy cheese on F&D's social media feed, and in a saturated (boom) market it’s a testament that their offerings still manage to stand out  - mainly thanks to the addition of sliced roast meat (lamb or beef) and troughs of dipping gravy, based on LA's french dip sandwiches, that accompany their signature burgers.

The drinks are notable too - we enjoyed jugs of Sambrooks Wandle, brewed down the road in Battersea and tin cups of extra thick Cherry Ripe milkshake, based on the Antipodean cherry and coconut chocolate bar, that got the Ewing grinning/grimacing. 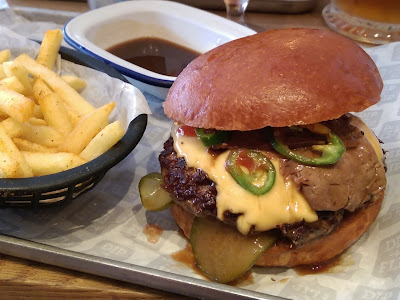 The Flip and Dip, with roast beef and extra green chilli, was, hands down, the best burger I have had for a long time. It wasn’t easy to eat, nor was it dignified, but the combo of double beef (both perfectly cooked to a blushing pink) cheese sauce, pickles and chillies, with judicious dipping in to the drippings - saved from roasting their huge joints of meat - between bites (in case of bun disintegration), proves that southern girls love gravy, too. 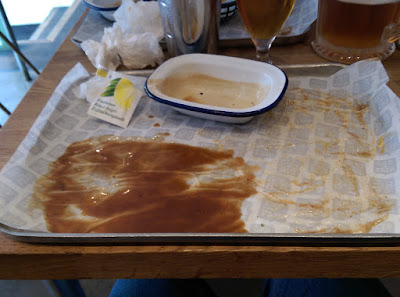 Apparently, some people apparently don’t rate the cheese sauce - lurid orange stuff, that oozed like a magma flow down my wrists as I held my burger aloft – these people are wrong. It’s wonderful gloopy stuff, that can also be requested smothered across your fries, although we left ours naked for better gravy penetration. Only a great deal of willpower and my last remaining shreds of dignity stopped me licking the tray after taking this picture. 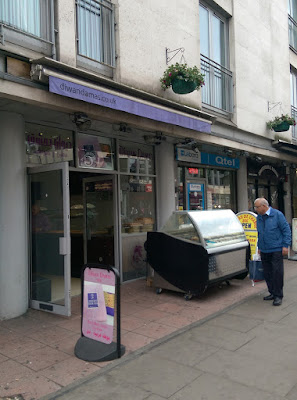 I have also decided - following my last blog and with the reasoning that I needed something to cheer me up after a ‘turbulent’ few weeks in the real world - that all blog posts over the summer (which is supposedly going on right now, if you haven’t noticed) will end with ice cream, Because everyone loves ice cream. 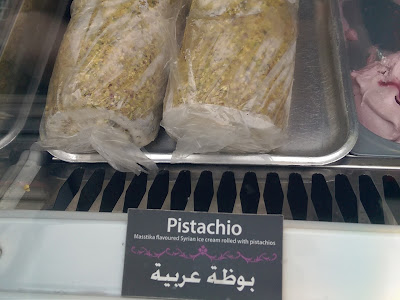 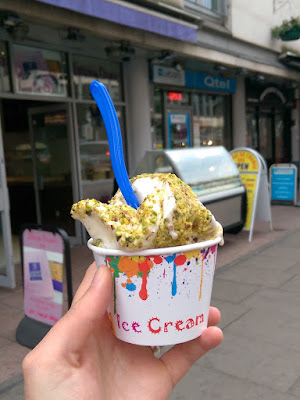 As there aren’t any puds on offer at Flip and Dip, we took the tube back to the Edgware Road, where the sultry humidity made it the perfect opportunity for booza al haleb, a pistachio-studded Syrian ice cream with the addition of mastic that gives it a ‘chewy’ texture while stopping it’s descent into a milky puddle in hot climates.

A useful trait for a frozen dessert both in Damascus or sitting sweltering by the fountains at Marble Arch, from under who’s marbled columns I could just about see the Grade II listed Centre Point. The Seifert designed tower block may remain a divisive building - Pevsner called 'coarse in the extreme' - but it gives me comfort that there's still a future for concrete.
Posted by Amy at 06:30