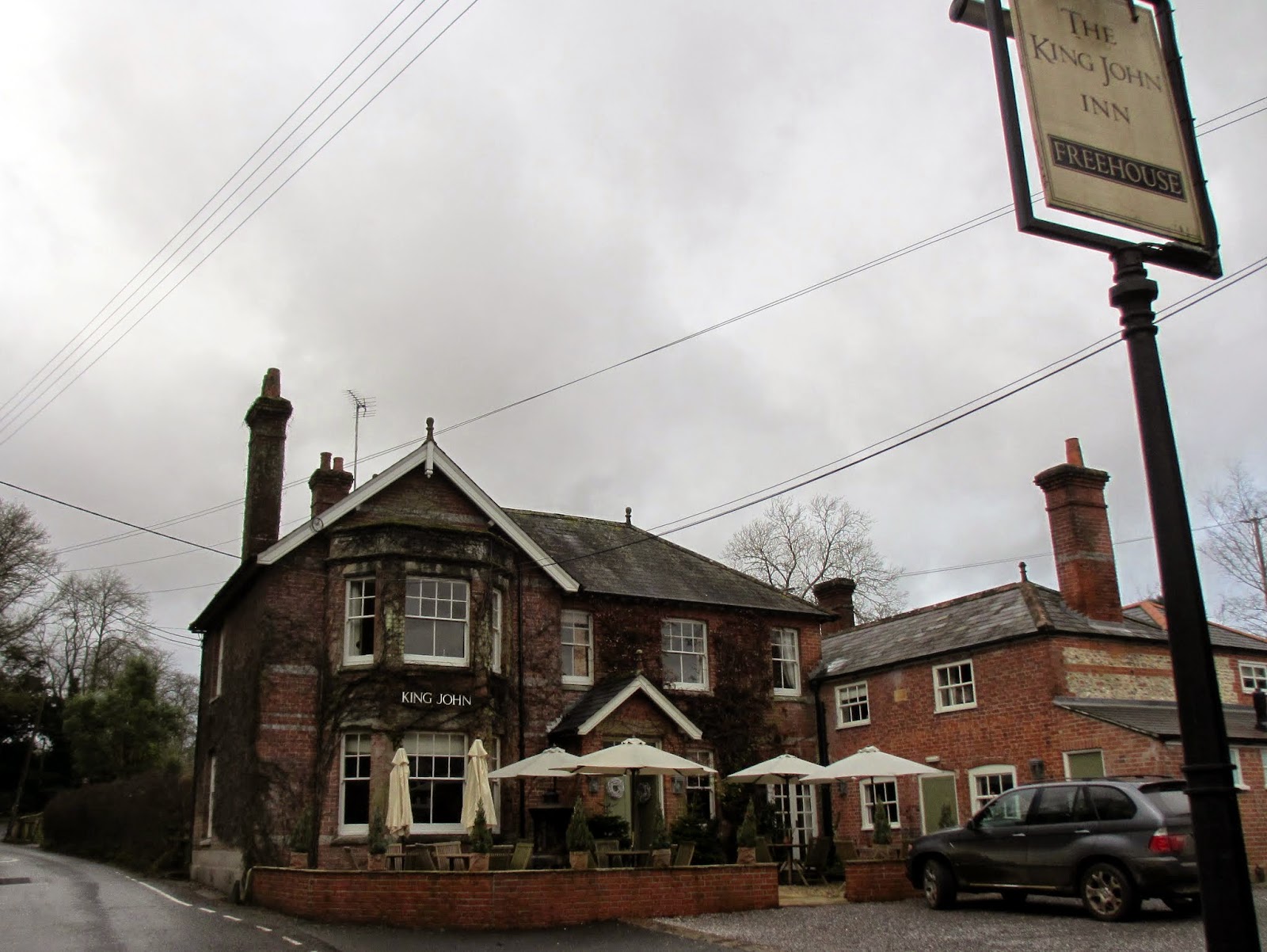 Being both greedy and lazy I don't usually write about things twice (I would have also said it's because I avoid repeating myself, but some of you know me in real life...). But a recent weekend at my Mum's, with two meals of beautiful simplicity from my Mum's local, The King John Inn, caused me to reconsider. Well, that and the fact I seem to have  gone home via the pub a lot recently, leading to a reasonable amount of Curry Club and Steak Night, which isn't nearly as photogenic. 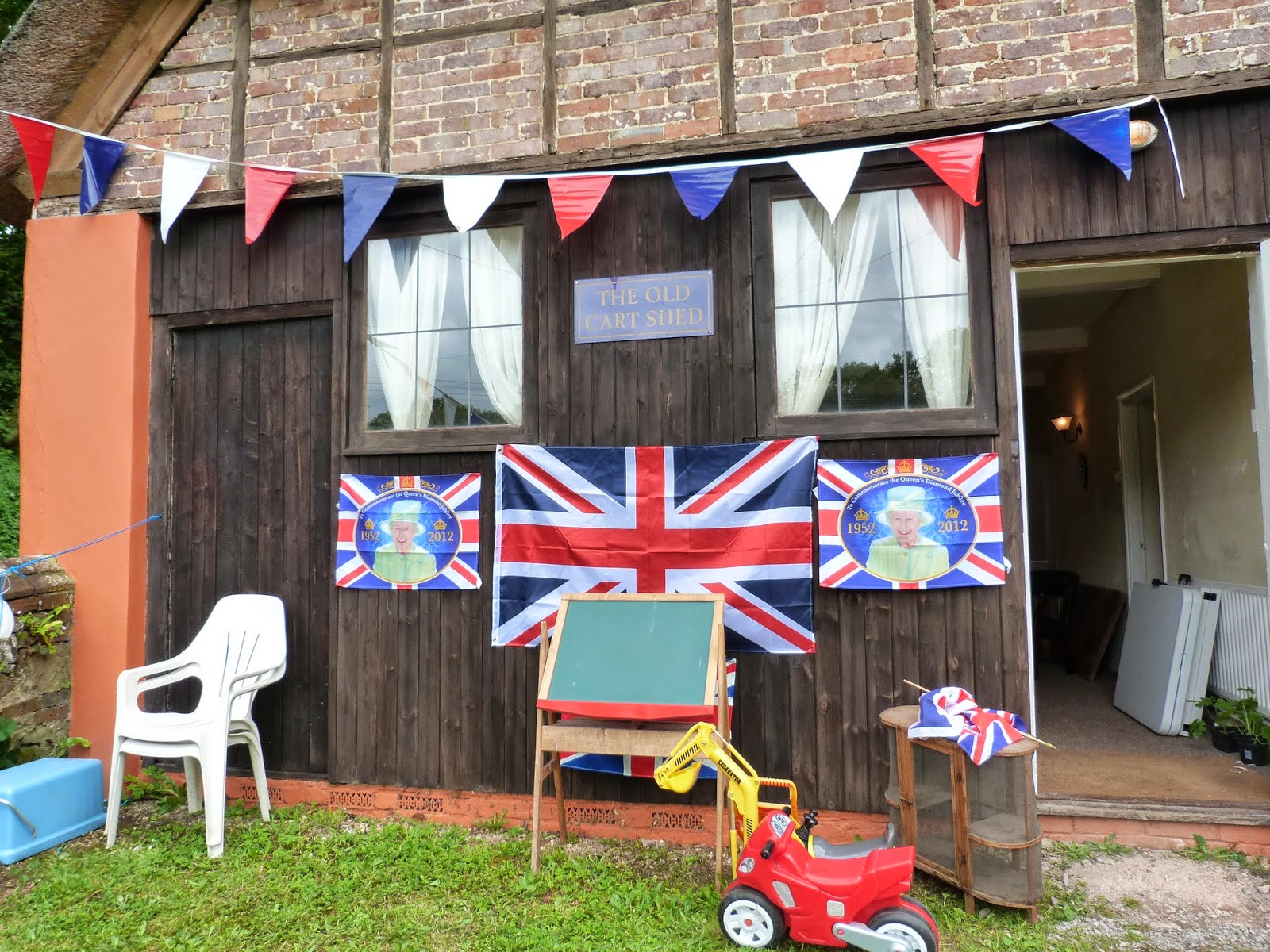 The first meal of the weekend wasn't at the pub proper but the Old Cartshed (or village hall to any one not from these parts), a few hundred yards down the road. Pictured above during the Jubilee celebrations.

Once a month, on a Friday night, the locals convene here for fish and chips - pre-ordered and cooked at the King John before being carted down the lane by the locals - and enjoyed with BYO beer and wine and pots of tea, followed by a quiz and then a singalong around the old joanna (I may have made that last detail up). Before returning the pots and pans back to the pub and washing down dinner with a few more ales. 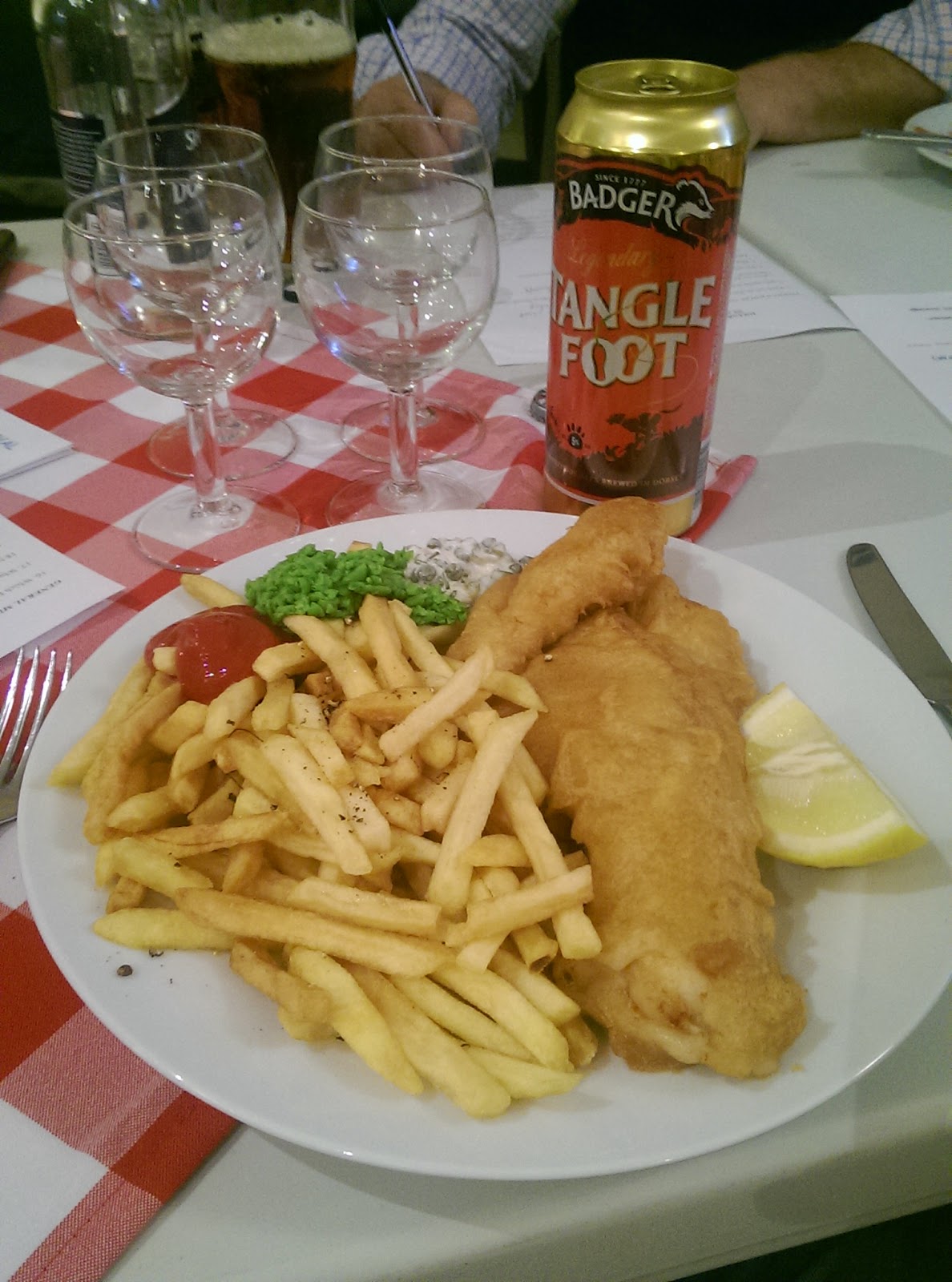 Our motor down was hampered somewhat by sheep in the road, and a little more by roadworks around Basingstoke, but Mum had popped our fish in the oven to stay warm. Despite it's tin foil incineration, the batter carapace on my monster cod fillet had stayed admirably crisp, the fish within firm and flaky.

Homemade tartare sauce - rich mayo studded with poky capers and gherkins - was spot on and the crushed garden peas, Sarsons and Heinz were all present and correct. The only grumble came with the chips. These are more rustling fries than familiar fat battens of potato that usually accompany this British staple, and are something of a bone of contention amongst the more old school villagers. True, they might not be traditional, but are still mighty good. To top things off we also won the quiz with our superior knowledge of the length of the M1 in the tie break (193.5 miles if you were interested) 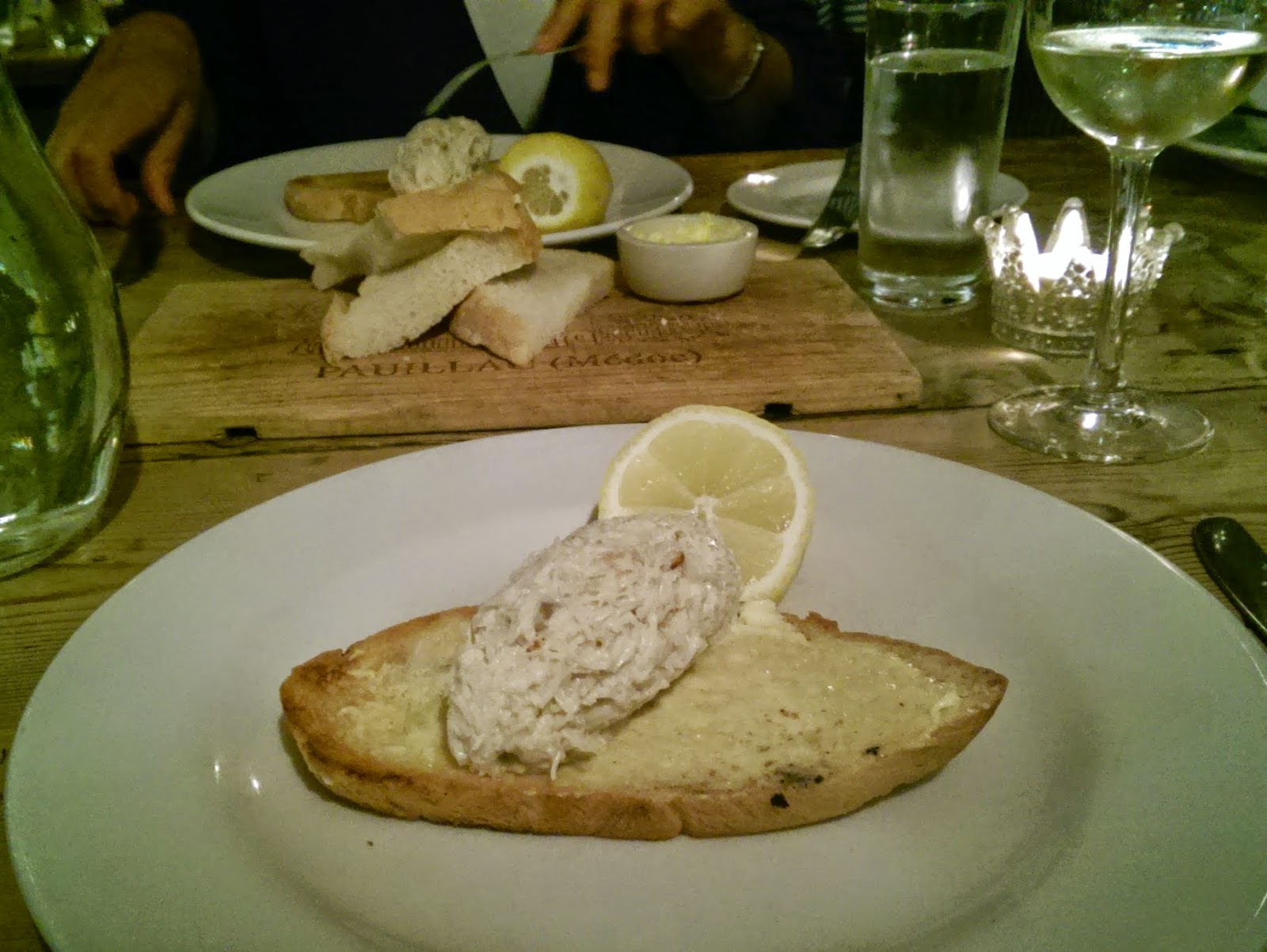 The following night we made it back down the pub proper for dinner. Starting with, amongst others, my Mum's dish of choice when she dines here, the Portland crab on toast. It's hard to tire of spanking fresh Dorset seafood, mixed with a a lick of mayo and lemon and served on crisp toast made from their house baked bread - but at ten quid you might expect it to be pretty good. 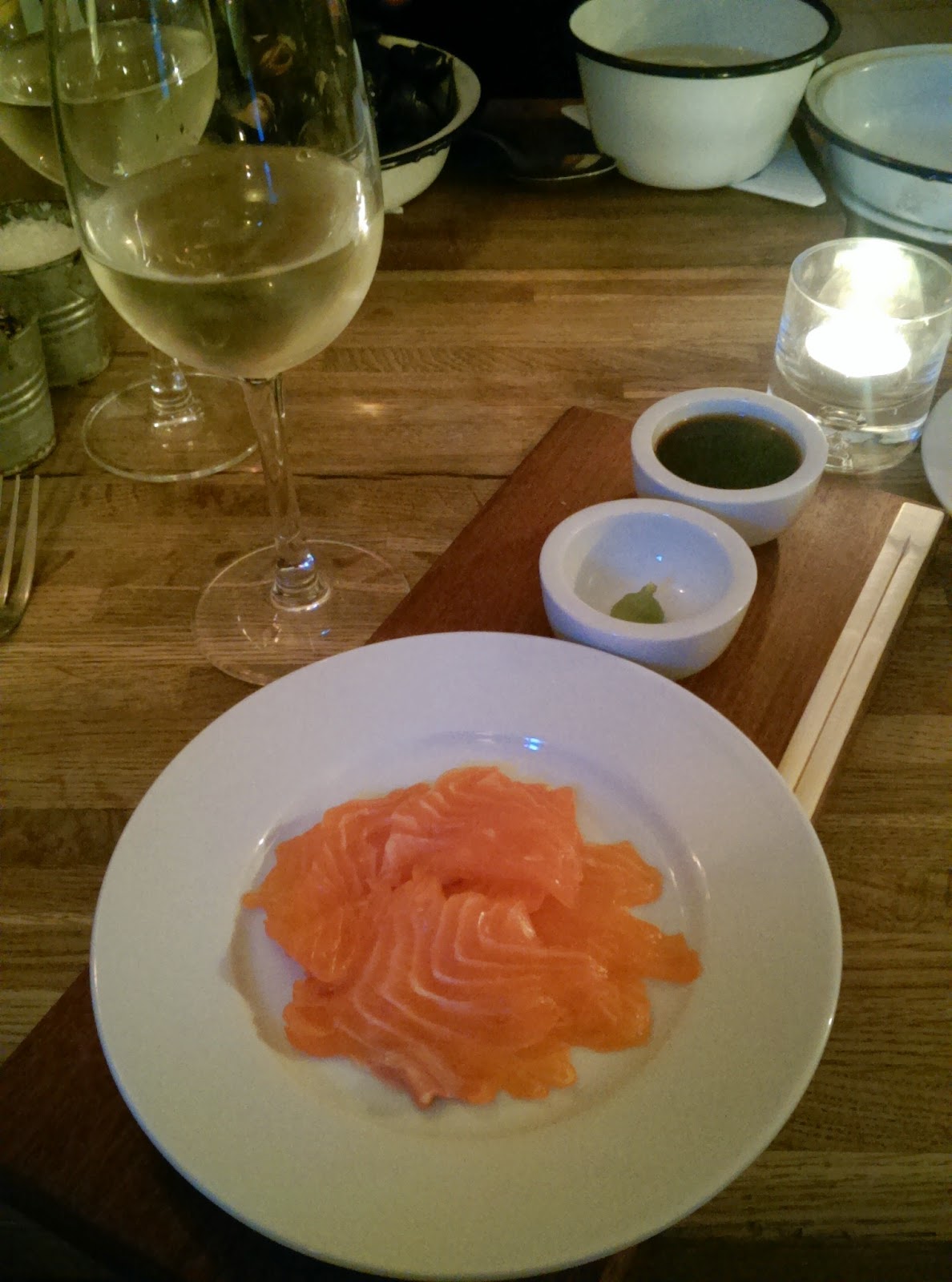 I was nearly swayed by the pigeon salad with bacon and croutons but in the end the simplicity (and because it sounded so lovely) of the chalk stream trout sashimi won out. It was without superlative; fatty, sweet slices of beautifully fresh fish, with none of the dank muddy flavour that sometimes blights these river dwellers, and served Japanese style with soy and an eye watering blob of wasabi; a cracking plate to start. 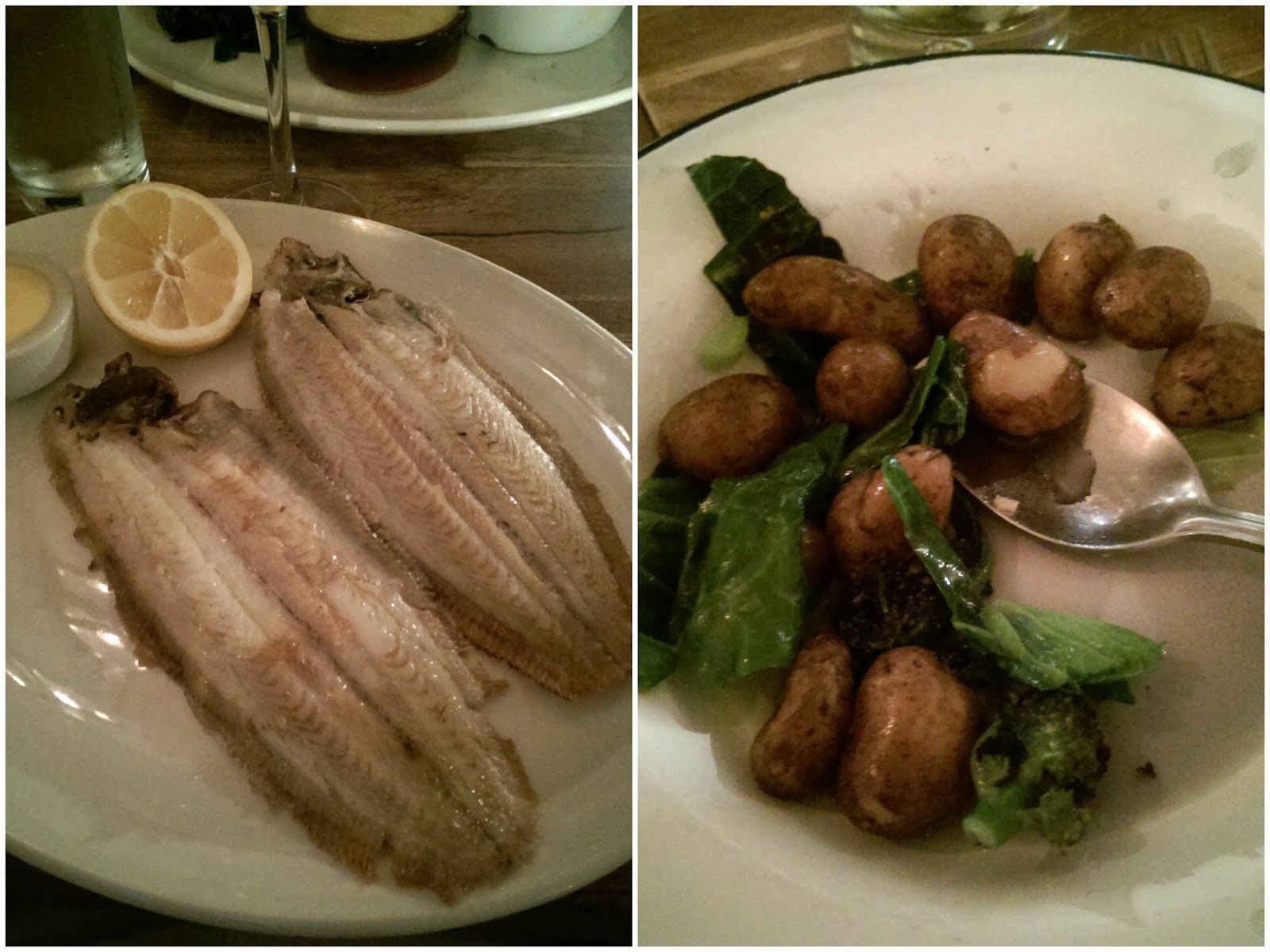 Mains were equally noteworthy. A brace of pan fried baby dover sole with hollandaise sauce, purple sprouting broccoli, spring greens and cute as a button (and not much bigger) Jersey Royals was simple seasonal cooking at its very finest. Last time I ate here a single (larger) fish cost a pony (in the Cockney vernacular, not a relic of livestock trading), but this came in at an entirely reasonable (if hardly cheap) 17 pounds. 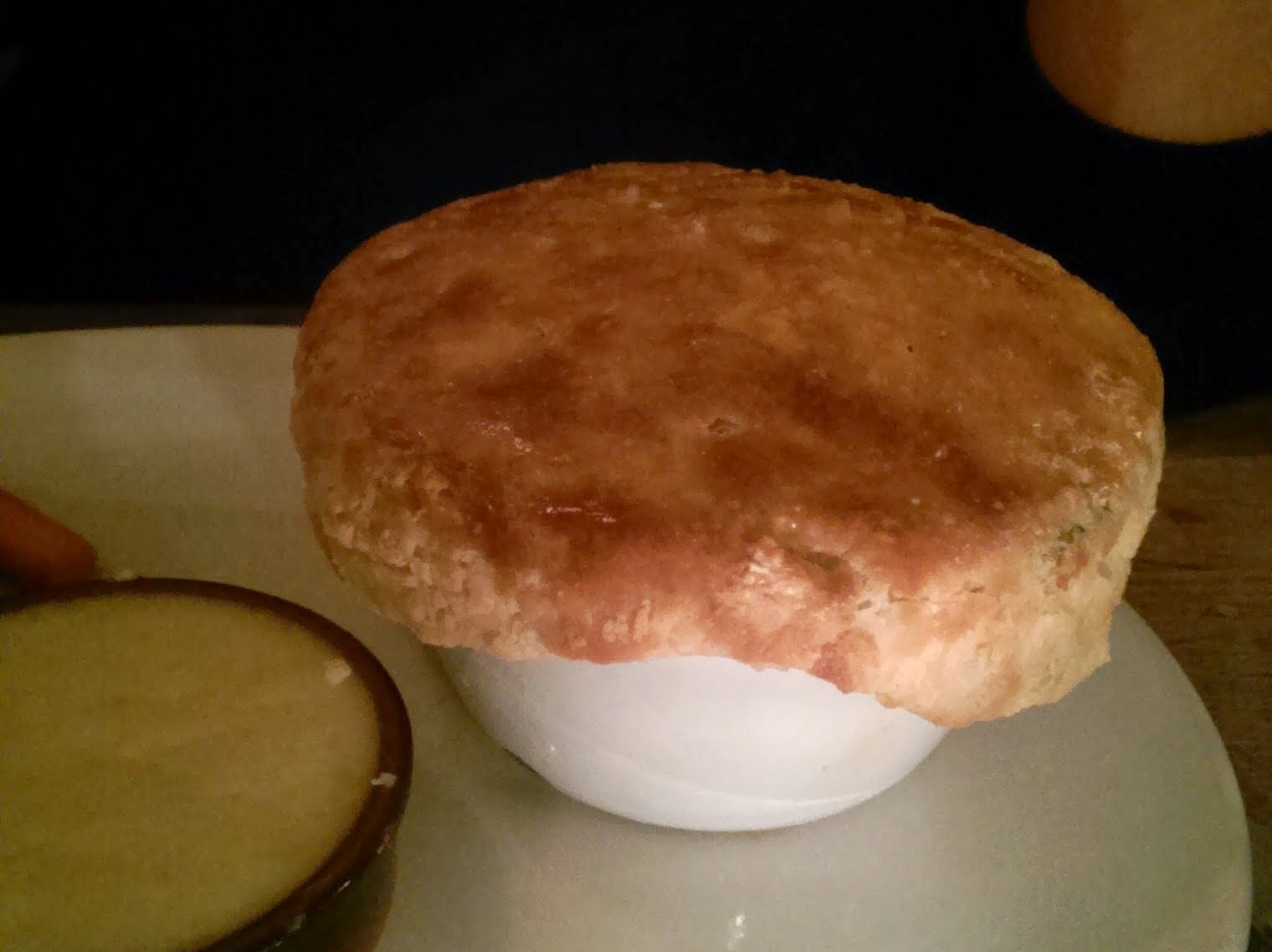 My Mum's majestic looking pie with a proper suet crust pastry also deserves a mention. There is something wonderfully old fashioned about a suet crust, and this example was properly crisp on top and nicely soggy beneath, filled with simply braised local lamb and served with a pile of buttery mash and greens. 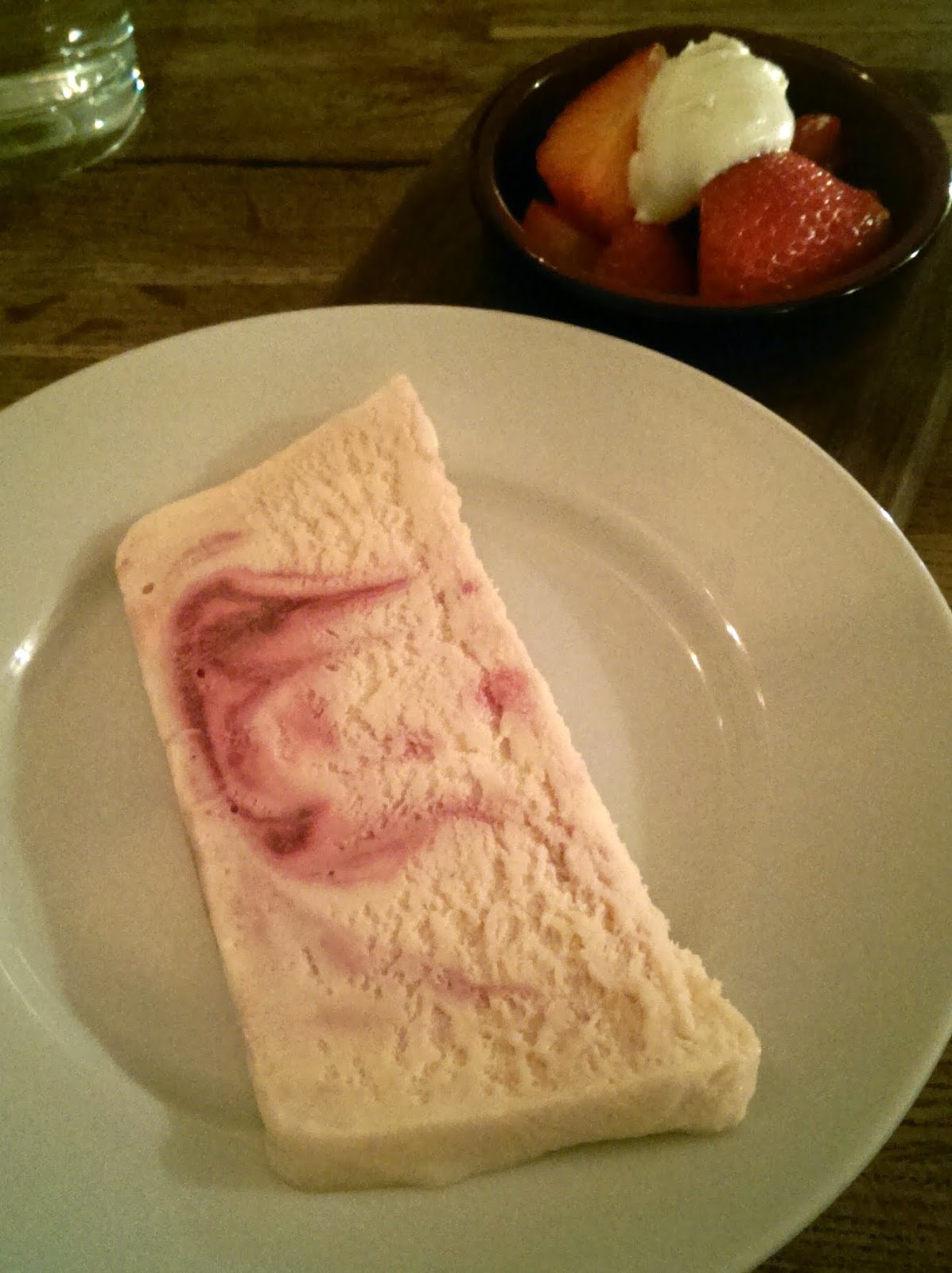 My pud was a white chocolate terrine (they also do a great dark chocolate one, served with a Seville coffee) with early English strawberries and cream. This had an admirably light texture while still being creamy and rich but, with the ripple of jammy berry compote swirled through, a touch too sweet for me. 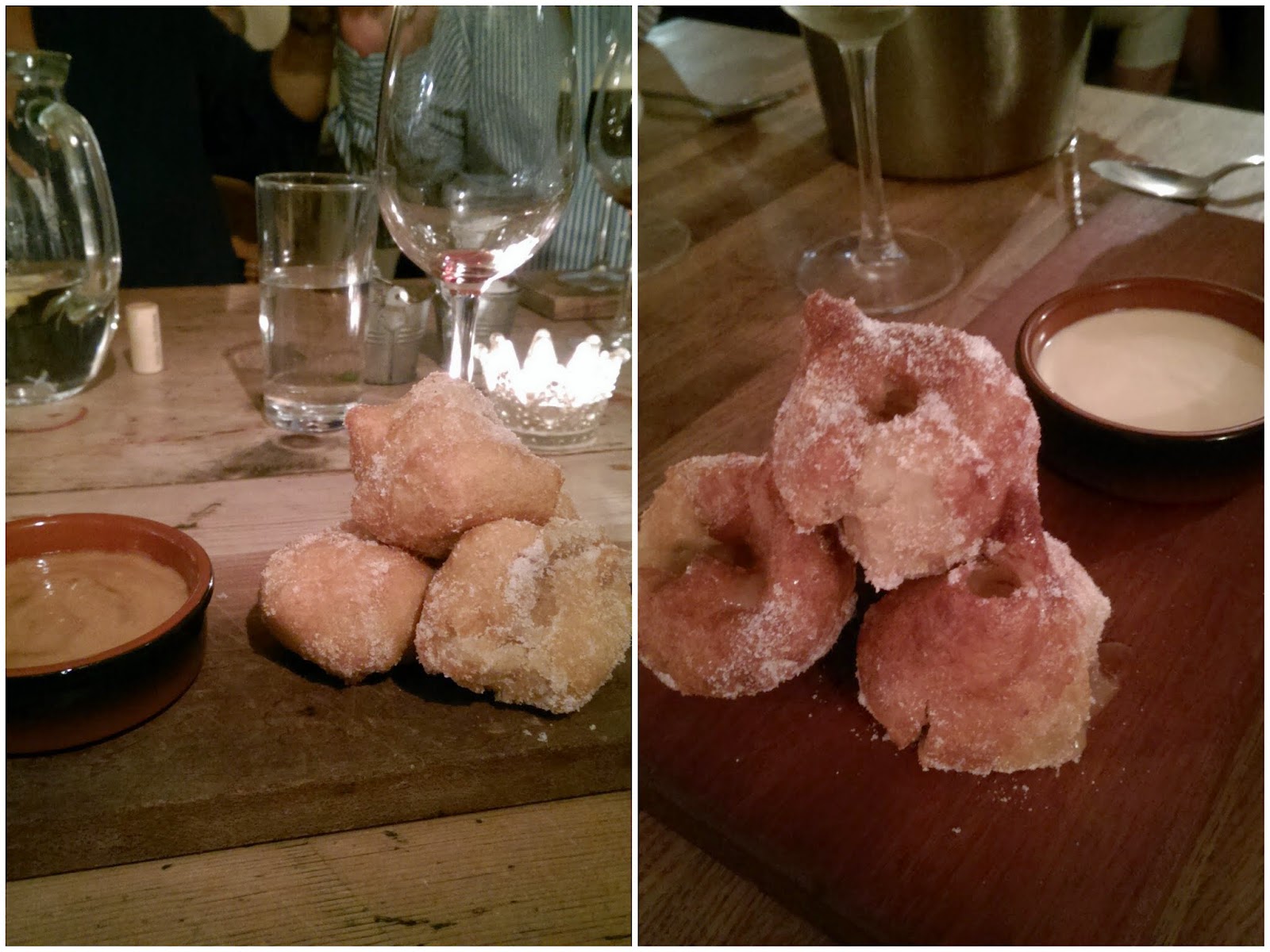 Better were a plate of their signature beignets. On the left are apple-stuffed balls of freshly fried dough, served with a salted caramel sauced (and a spiced cider shot), that I enjoyed last time we ate here. On the right is the Ewing's lemon curd doughuts served with a sharp lemon posset. These were peerless as ever

The King John isn't a bargain (although my Mum reports a recent £20 prix fixe at lunchtime) but it does have a (very) local and seasonal menu of well cooked food. For those not wanting to eat the beer is well kept  - often featuring Sixpenny brews from a couple of miles up the road, alongside Ringwood and Badger - there's log fires in the winter, a leg of ham carved to order on the bar and plenty of corduroy, gun dogs and gin. Perfect for a proper weekend in the sticks.