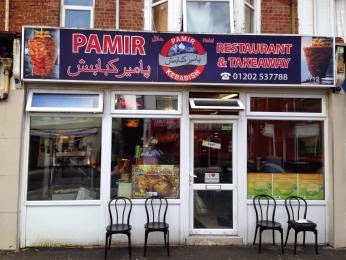 Once, long long ago and suffering from a hangover that Pot Noodles and Monster Munch were simply not going to shift, we were blacklisted from Pamir's Chicken in Bournemouth. True, we had commandeered Stealth - with her clipped Home Counties mumble - to order the grub for the ten or so beleaguered souls that were sprawled on my sister's living room floor, but having our order rudely terminated by a disbelieving Pamir dented my faith in fried food somewhat. We phoned out for pizza instead. 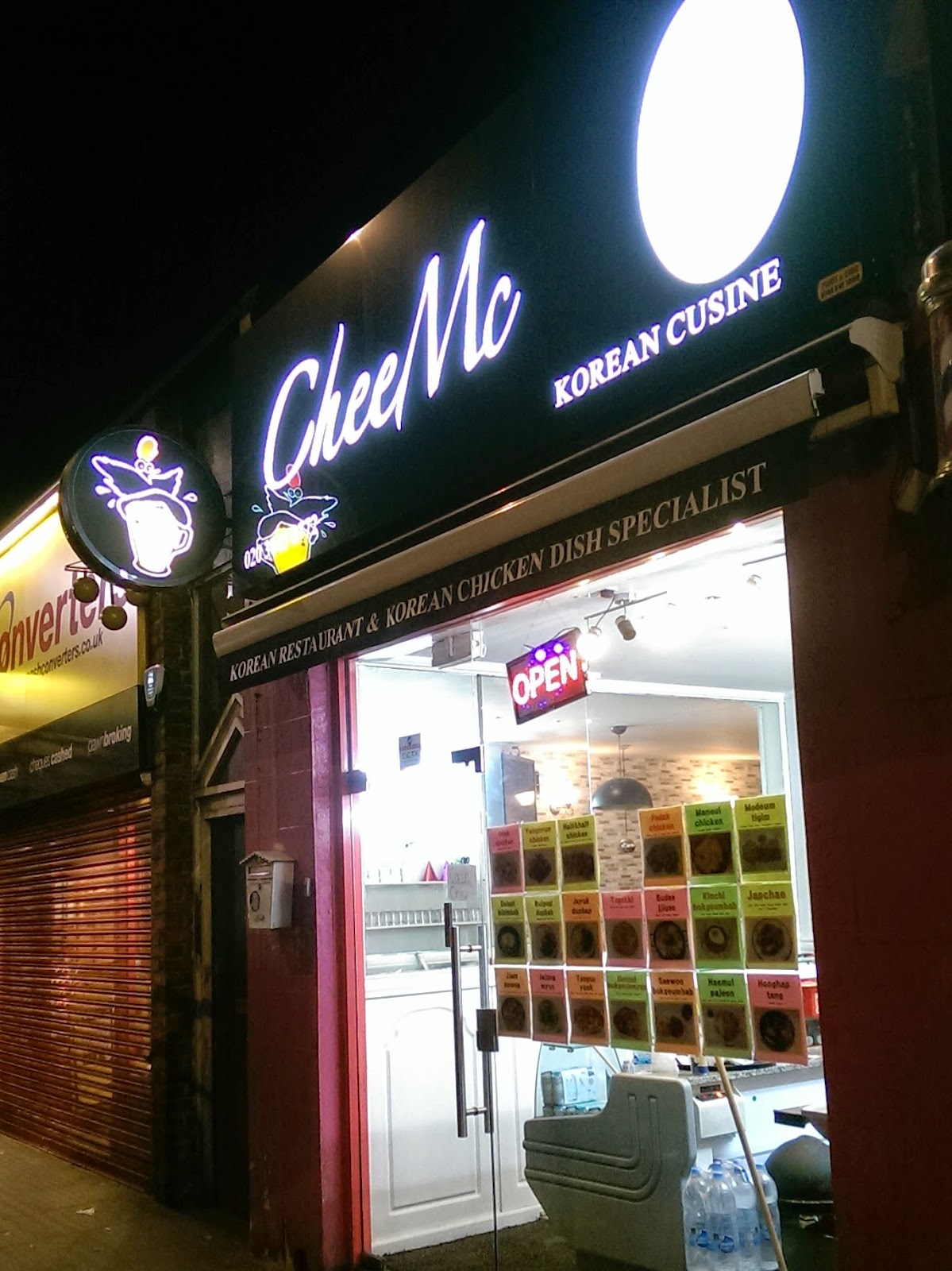 However deep the disappointment was, it couldn't dent my deep love of our feathered friends. And, back in my familiar London stomping ground of the Walworth Road, I was excited to see new opening, CheeMc, 'Korean Chicken Dish Specialist' - complete with a neon giant glowing chicken emerging from a beer glass on its sign. 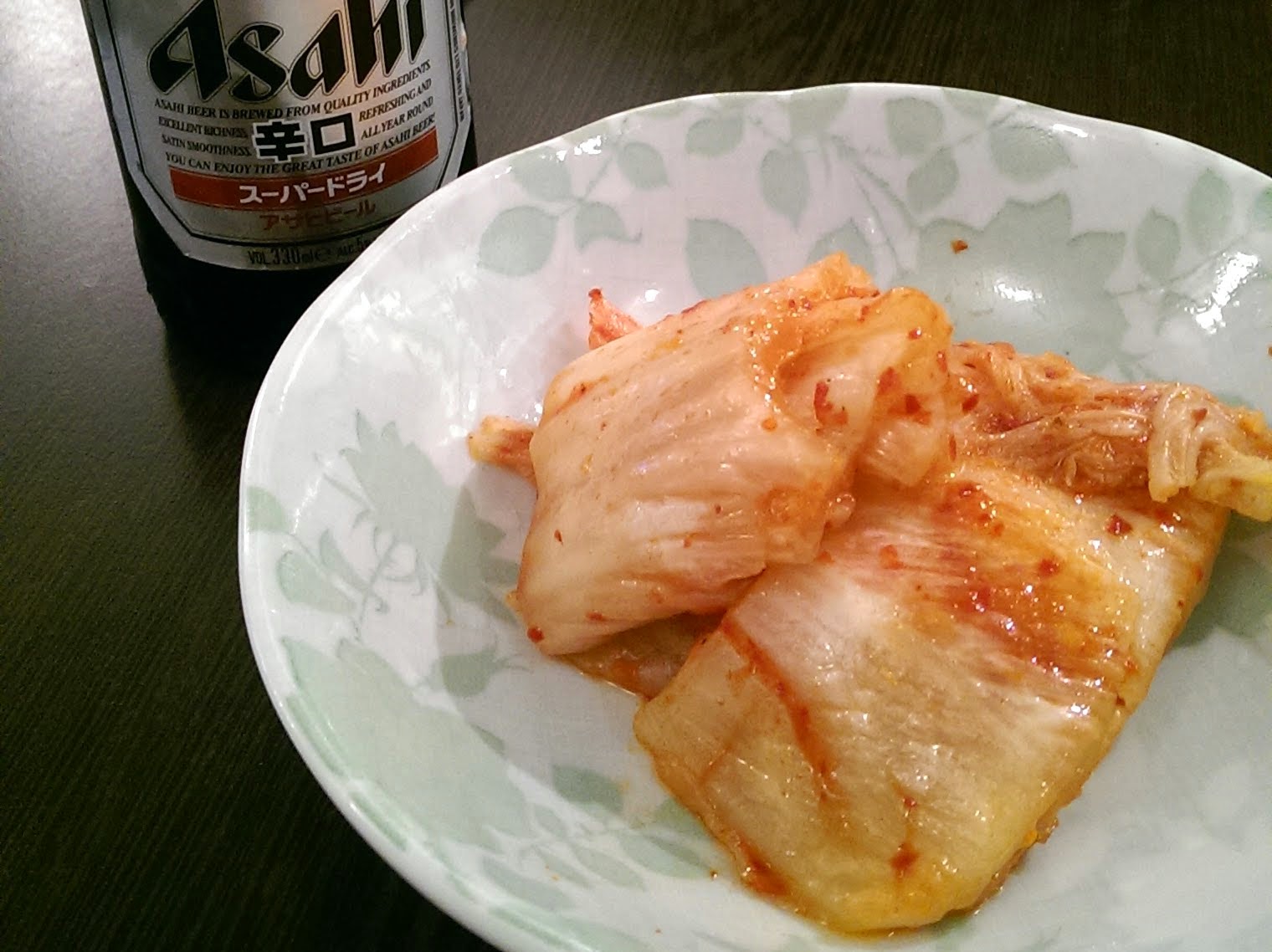 We kicked off with some gratis cubes of crunchy pickled radish and a plate of, pretty perfect, kimchi from the list of snacks/starters. Sadly the (flavourless but authentic - and cheap) Hite was out of stock, so we made do with a couple of - not quite cold enough - Asahi.

The menu is hugely comprehensive, with a dizzying variety of bimbap and stir fries and other weird and wonderful things, helpfully illustrated by a photo guide. One thing that was missing are any recognizable side dishes to go with the chicken. I quite fancied a few simple carbs to help with all the spice and fat, but the closest I could find were some taro chips with strange vegetable powder coating. 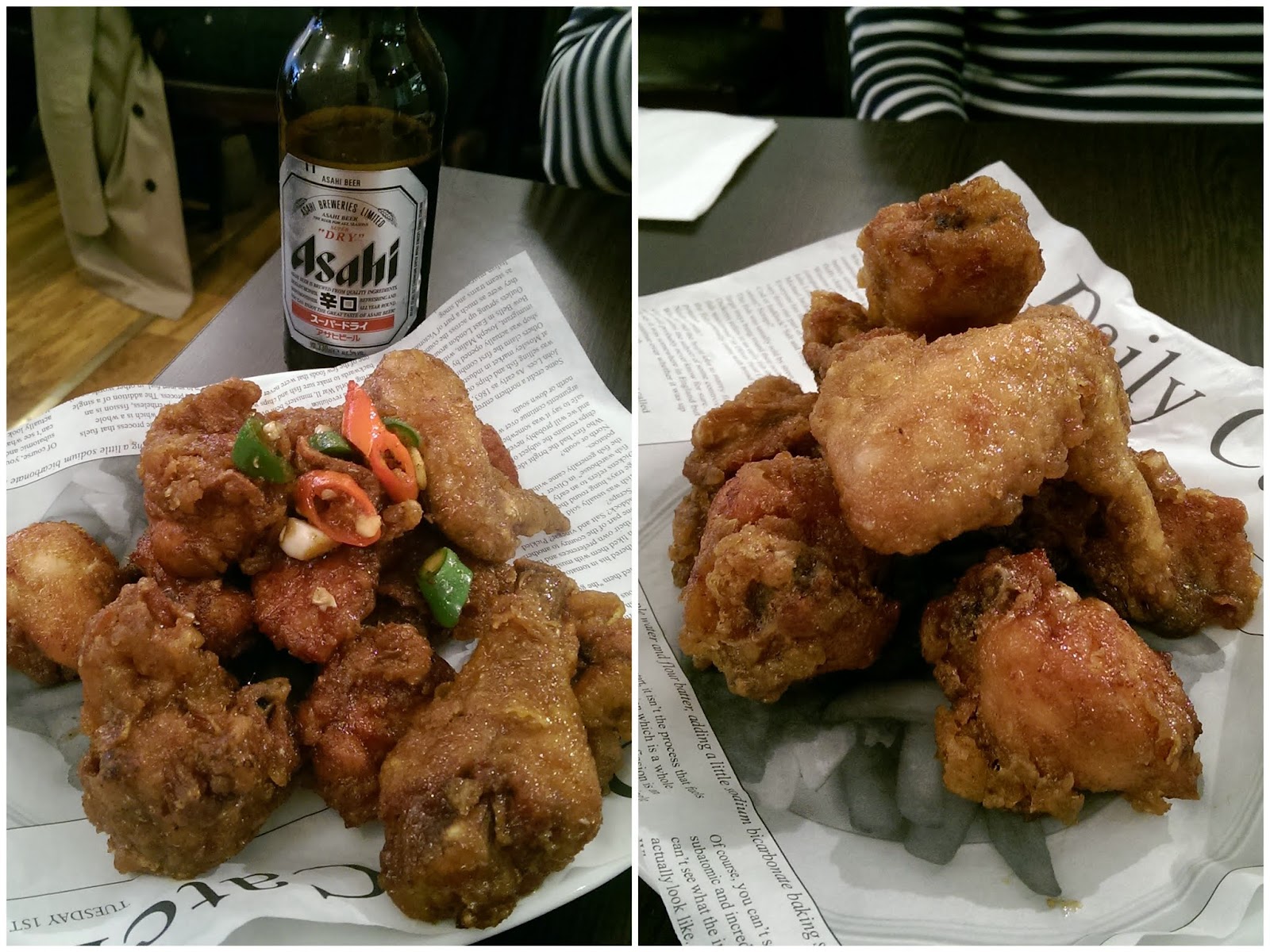 Thankfully the chicken was so good it didn't need anything to distract from it's majesty. We ordered a whole bird, one half sweet chilli and one half soy and something? (after my first two choices were off the menu I allowed the waitress chose, with the proviso it was spicy). When the dishes arrived, my half draped with fiery fresh chillies and glowing a menacing red colour, I knew she hadn't let me down. 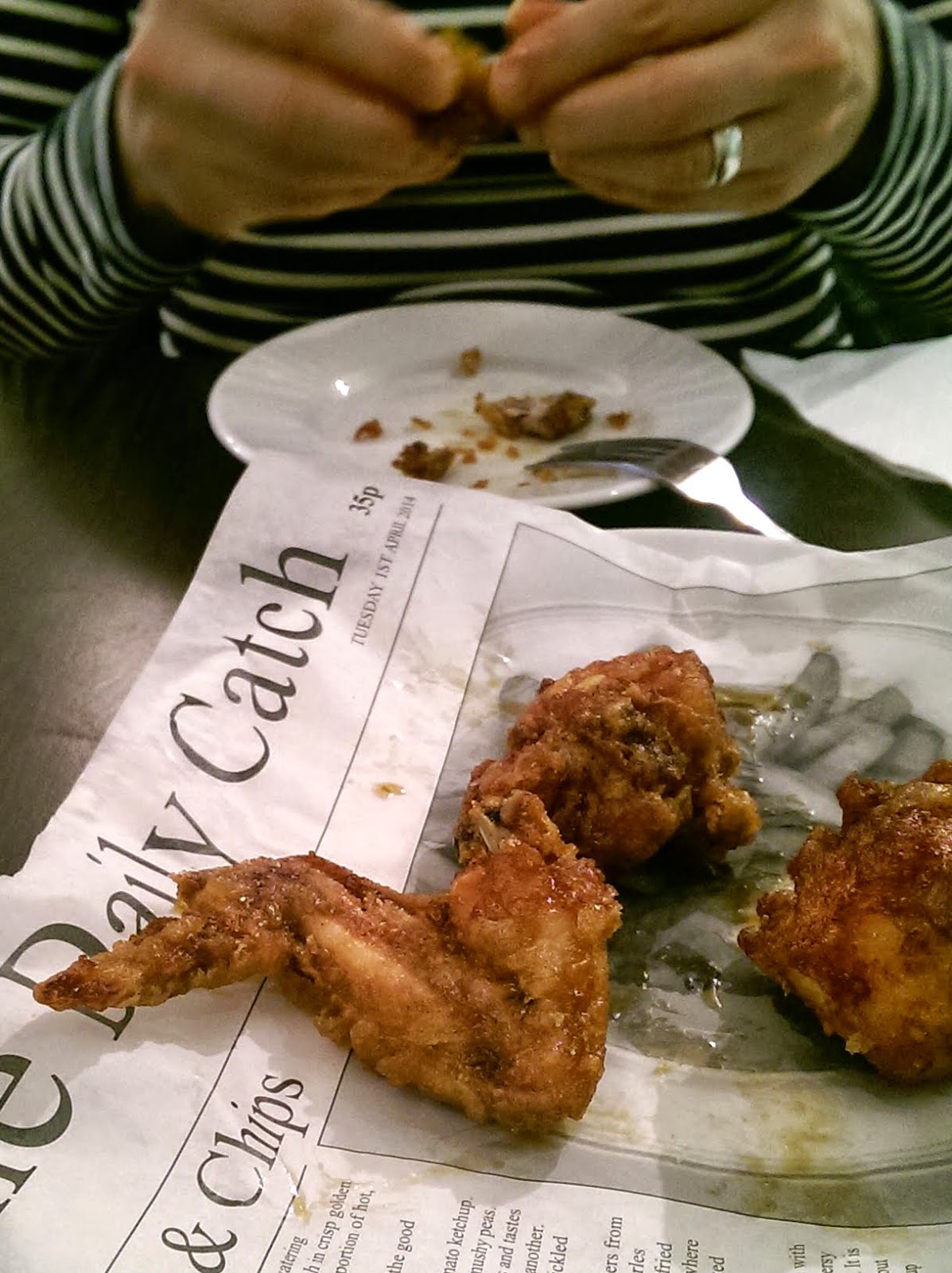 This was hawt with a capital H. The kind of chilli heat that, as you gnaw the crisp-crusted chicken from its bone makes your lips start to tingle and puff up rather like Leslie Ash melded with the Bride of Wildenstein.

It's also incredibly messy, sticky fun. The whole bird is cleaved into pieces before being coated in the crackly carapace and freshly fried. If you don't like teasing flesh from the grisly bony bits (as the ungrateful Stealth proclaimed when we took her the leftovers) you probably need to go a few doors up for the KFC boneless box.

As it was, we had no issues divesting all the flesh from bones, and bloody good it was too. Whilst, blowing my own trumpet somewhat, my homemade Korean fried chicken gives it a run for its money, I've sacrificed my deep fat fryer for the Ewing's Nutri Bullet. So it looks like I'll be decamping to Stealth's even more frequently than I do now for a fried food fix. 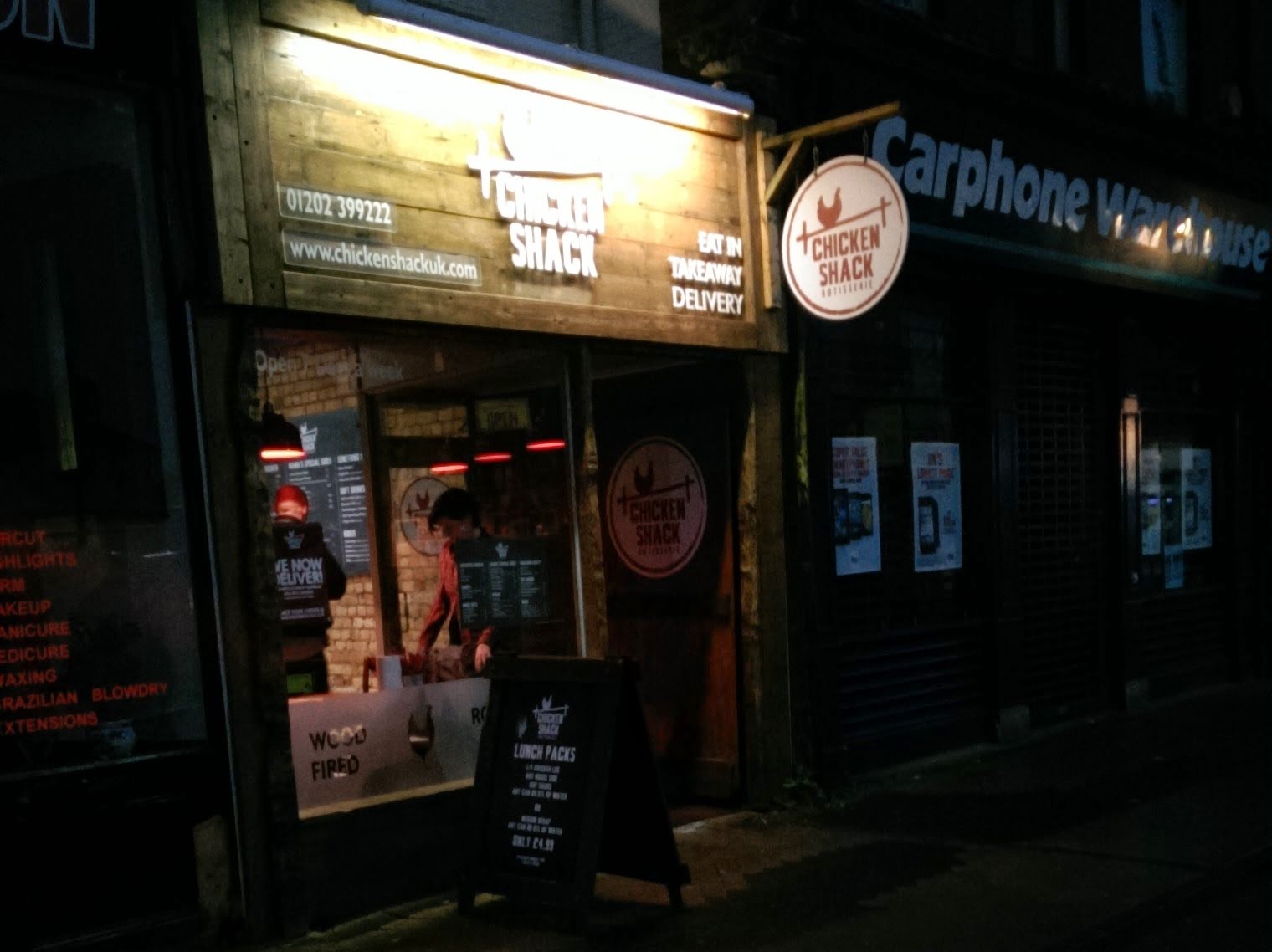 Whilst we may have been blackballed by Pamir, new pretenders Chicken Shack (now renamed Chicken and Blues) have opened in Bournemouth and the Ewing and I took a stroll to their Boscombe high street branch for a poultry-based dinner. 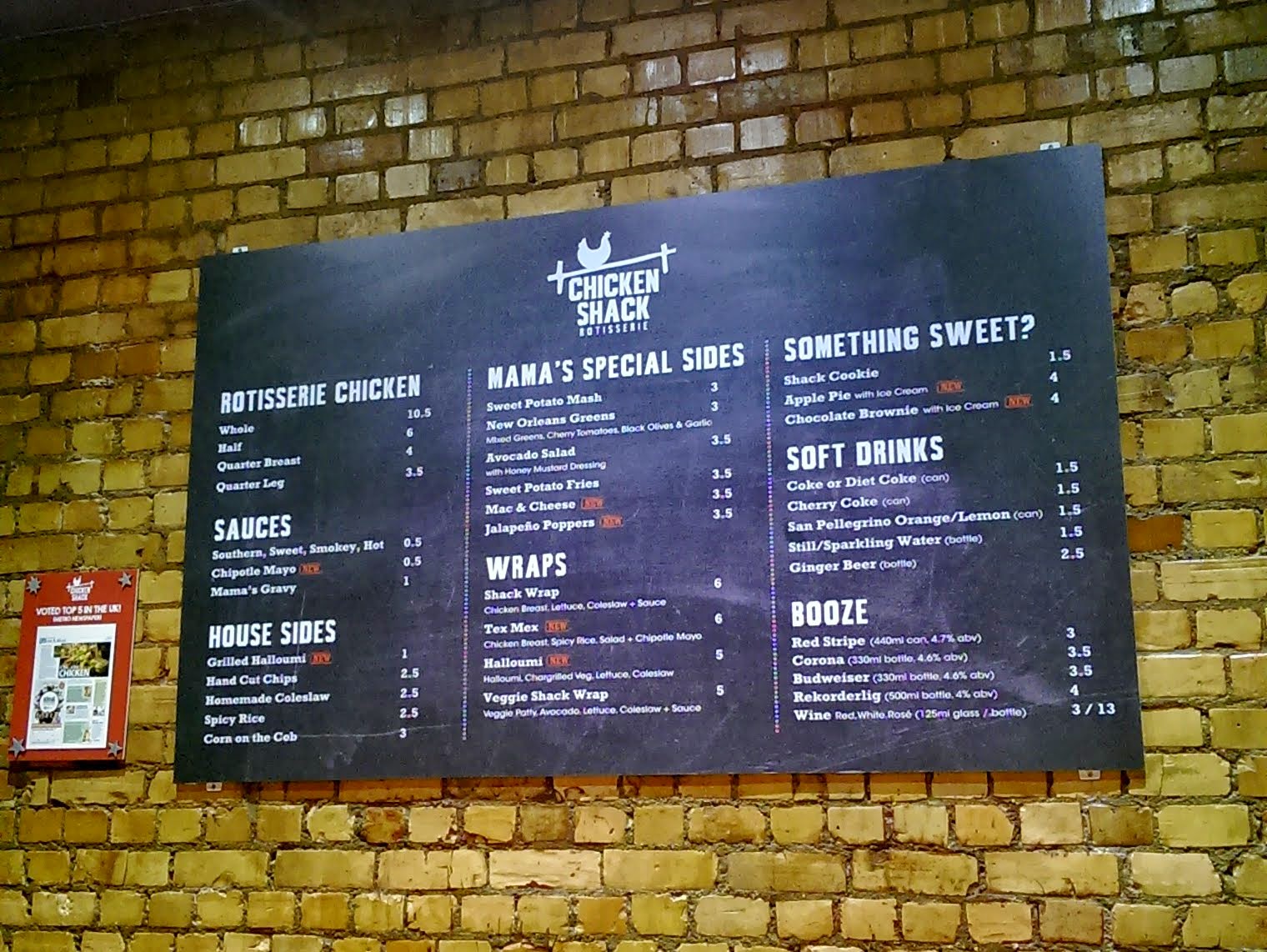 It's a tiny little gaff, with bench seating along the right side, a serving/takeaway hatch straight ahead and a menu that's pretty similar to another, rather well known, London chain with chicken in the title, even down to the apple pie for pud (although, sadly served with ice cream and not cream). 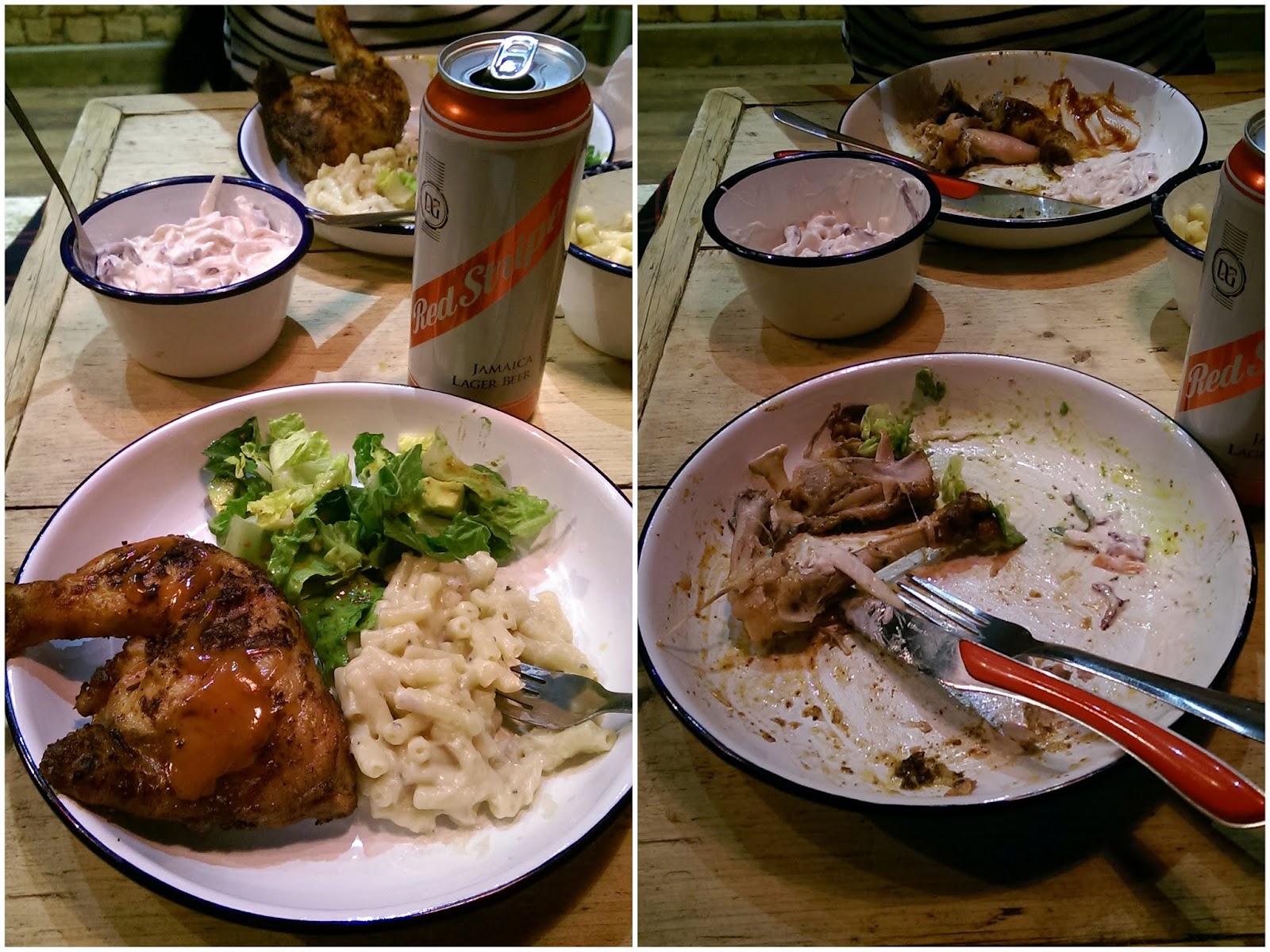 The beer was Red Stripe, standard gig lager from my teenage years, where my friends and I would spend the empty hours between the doors opening and the band finally making it on stage smoking ourselves into an early grave and swigging warm cans of Jamaica's finest yellow water. Here - just like at CheeMc - it was served at a little below room temperature, bringing back a few nostalgic memories (sadly I didn't have s packet of B&H in my top pocket to go with it).

The main draw was excellent; barbecued chicken served au naturel or with housemade sauces - including (very) spicy, sweet or smokey  - and served with a pleasingly comforting macaroni cheese and a very good avocado and butterhead lettuce salad with a honey mustard dressing. There was also a decent mixed cabbage coleslaw, with the only criticism being it was too mayo heavy, even for me.

My fried chicken love has been well documented here, I even chose it as this year's Valentine dinner (extra gravy obligatory). But with birds this good in the hood, the Ewing may have a rival for my affections.
Posted by Amy at 22:02