Cooking the books - my 2020 challenge 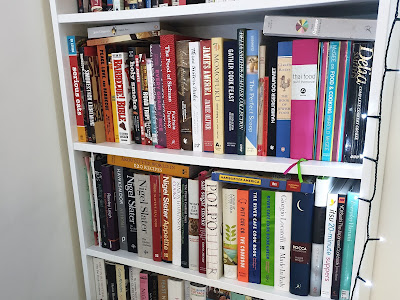 In this life things come and go, but my two enduring loves remain eating and reading (Ummm...surely this should read 'my three enduring loves remain eating, reading and The Ewing?? - TE). So I guess it stands to reason that I have always had something of an obsession with cookbooks. As a child I would often be found sitting at the kitchen table after dinner, flicking through my Mum's well-worn Dairy Book of British Food or the Heinz Beans cookbook, or, most favoured of all, the Australian Women's Weekly Children's Birthday Cake Book. This was a book my Mum didn't seem so enamoured by, as I don't remember anyone ever being presented with a cake actually baked from it. 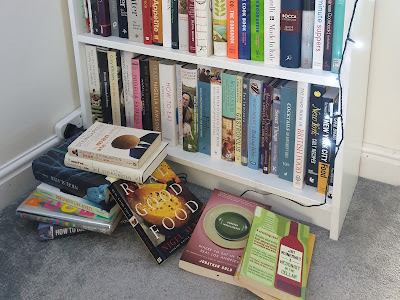 Anyway, despite culling my collection over the years on several occasions - and, for the first time since I moved out of home, no one in my household works in either libraries or bookshops - I've still accumulated far too many. And I use them far too little (other than the pile upstairs currently making a makeshift bedside table). So this year I'm resolving to give them the attention they deserve by attempting to cook from a different one every week.

It also feels like a while since I set myself a challenge - I’m sure much to the Ewing’s delight, who has had, amongst other things, to traipse around Greater Manchester looking for rag pudding and Brussels looking for eels in green sauce during some of my previous ‘challenges’ – so I’m looking forward to getting my teeth into this one. Both literally and figuratively. 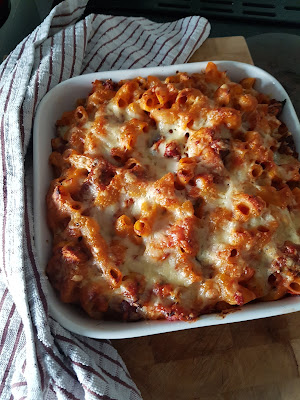 As well as attempting some of the more outlandish recipes/projects and sourcing some of the crazier ingredients, I’m also hoping to find some easy after work ideas beyond the same hackneyed pasta bakes and stir fries that have become indelibly lodged in the weekly repertoire. That said, I will always have a huge affection for pasta bakes – particularly a version I invented when I was at university, featuring jerk pork chops, black olives and Campbell’s condensed tomato soup. Which certainly won’t be found in any recipe books. But definitely should be. 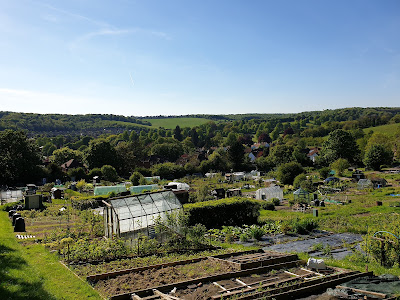 I also want to find ways to maximise the produce we (well, mostly the Ewing) grow on the allotment and in our garden/windowsills at home. From the first forced rhubarb through to the fresh peas, garlic, tiny new potatoes and the gluts of courgettes that everyone ends up with through the dog days of summer. 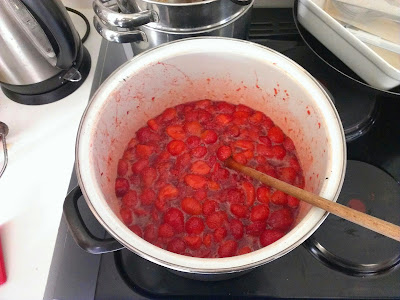 Plus I hope to find some fitting uses for all the jams, marmalades, chutneys, liqueurs and preserves that seem take up all the available space (along with Imelda Marco’s my wife’s shoe collection) under the spare bed and the cupboard under the stairs. A friend’s dad has taken to calling us the ‘jam girls’, an epithet I rather like, and saves us all his empty jars to refill. And while there may not be many finer uses beyond jam being slathered thickly on buttered toast, it would be good to find some more creative uses for some of the things we make. 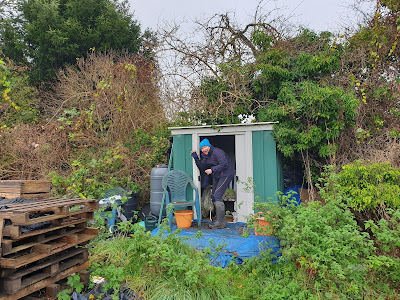 Yes, it’s hardly a revelatory concept, and God knows if I’ll see it out past Easter, but it feels like something that’s doable and most importantly, enjoyable. And which will also allow me to carry on writing the blog without feeling horribly over-committed to going out and eating things and writing about things. Instead I’ll probably feel horribly over-committed to staying in and eating things and writing about things; but that’s another matter… 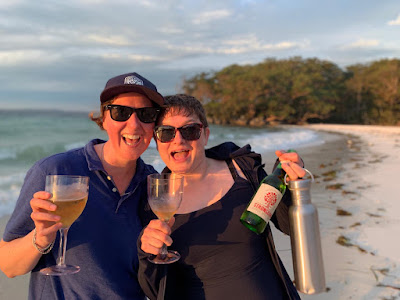 I'm hoping there will also be time to write about various other events and memorable meals. Probably not on the same scale as previous years - I'm rather looking forward to eating more meals out without the write ups and the attempts to get a good photo on a mobile before things get cold, as I'm sure my wife will heartily agree -  But with this New Year heralding new jobs for both the Ewing and I; a special anniversary; a special birthday; a road trip (or two); my best friend's wedding and three visiting parties from Down Under I'm sure there will be more than plenty to write about during 2020. 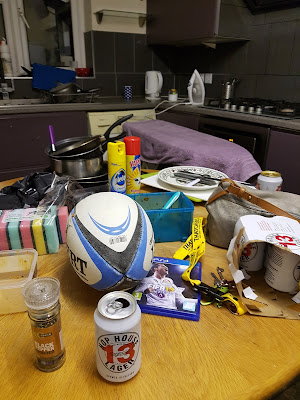 So, despite finding it almost impossible to properly follow a recipe - through a mixture of my lack of patience, disorganisation; frequently finding I don't have all the ingredients; and, most critically, thinking I always know better; I'm not sure what can go wrong....

NB, that's not my own kitchen above, but a student kitchen the Ewing and I found ourselves in a couple of years ago, having a beer (but definitely not any food) with a guy we had rescued from the churchyard on our way home from dinner. Long story. I took a picture of it for posterity and it still makes me laugh.
Posted by Amy at 21:35