Still got it - adventures in Soho 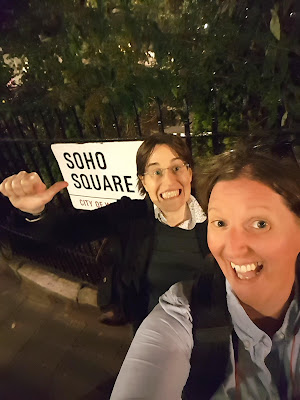 Sometimes I think getting old just means rebelling about getting old. In the last year, for example, I seem to have regress to an early twenties version of me - getting a tattoo at a 24 hour tattoo parlour in Vegas, having a grade one undercut (which even my hairdresser questioned the wisdom of in mid-winter), rocking my Casio calculator watch (always a popular conversation piece with men and women of a certain age) and wearing my luminous green Nike Air Max 95s like they’ve never gone out of fashion (have they ever gone out of fashion?)

And so when trying to arrange the location for a staid, mid-week post-work dinner date with Stealth, I also decided we needed to go to a gay bar (sung in the style of Electric Six). Something she, surprisingly, willing acquiesced to. 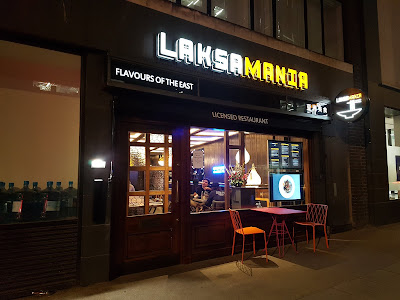 Things started out in a more middle-aged way with a trip to De Hems, for strong ale and where they were fortuitously also showing the early Spurs Vs Milan game (and even more fortuitously, we had left before they conceded the two late goals) and then for dinner at the place with the worst name but, apparently the best Malay noodle soup in town, Laksamania. 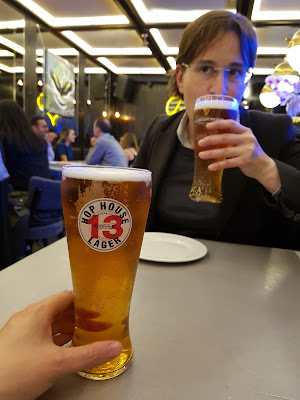 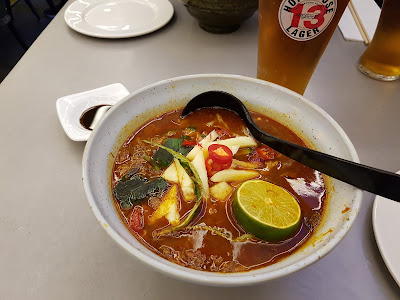 I chose the (already) famed Penang assam laksa - a bold and spicy fish broth cut through with lime and tamarind and combined with udon noodles, flaked mackerel, red chilli, shrimp paste, pineapple, cucumber and onion. And, as a bonus for an ouef-avoider, no boiled egg.

This was bullish without bullying. A thrilling assault of sweet, sour and spice, every spoonful dredging up flakes of oily fish and fat bouncy noodles, at turns rich and refreshing and with enough spice to get that satisfying sheen building on your brow as you slurp. If I had any recommendations it would be don't wear a light coloured shirt. Or attempt more restraint than I managed. 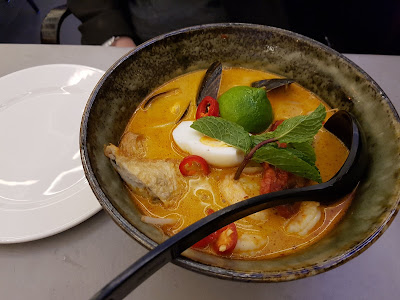 I can't remember if I tried this, I'm pretty sure I (would have) liked it. So did she, although not as much as the pints of Hop House 13 she was dispatching as we put the  world to rights. 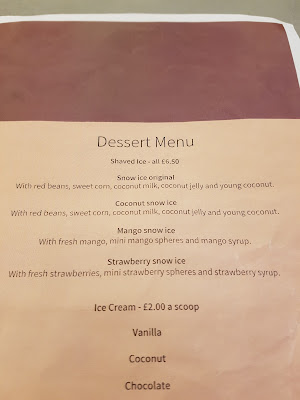 The dessert menu features a variety of different shaved iced, although the snow ice original and coconut snow ice seemed to contain exactly the same ingredients. Whilst I noticed this, I obviously had no intention of interrogating the waitress over the differences. Unlike Stealth, who was happy to quiz her, despite my very English protestations. 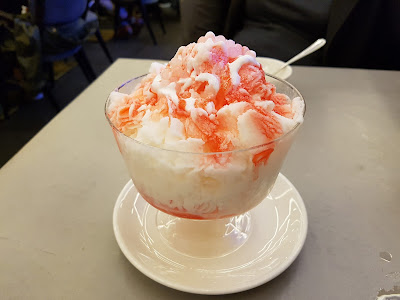 She was very quick to recommend the coconut version 'because it contains coconut'. Which it certainly did, alongside some lumps of jelly and the odd odd kernel of sweetcorn, which were surprisingly pleasant. I also saw what, I think, was the original shaved ice, which was filled with a lurid mix of beans and fruit and also looked pretty good if you like some fibre with your pudding. 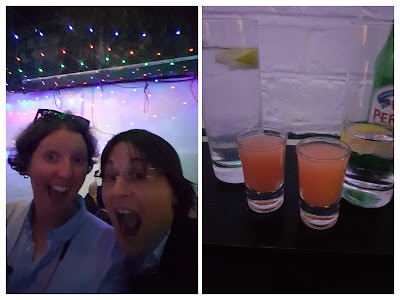 Stealth was as good as her word and we ended up at Trisha's legendary Soho bar, drinking mystery shots and standing in their outside courtyard, enjoying all the second hand smoke and gossip while looking at the stars twinkling above us in the London sky (although that could have been the fairy lights, we had supped a couple by that point).

I'm not at liberty to reveal the full horror of what happened on the way home - what happens in E&C stays in E&C - but we both survived to see the dawn. As I said to Stealth the morning after, whilst texting to compare hangovers, we've still got it.