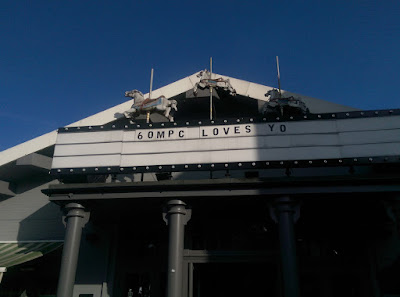 There are some advantages of getting old. For a start there's the starting to wake up at the crack of dawn, even at the weekend. Although it means I actually get to actually see Saturday mornings for the first time since the halcyon days of watching Inspector Gadget and Transworld Sport while eating my way through a box of Wheetos, sans milk.

Another realisation that advancing age brings is that going for a walk can actually be quite enjoyable (yes, Mum and Dad, you were right, as always). Especially so when it's a gloriously sunny day outside and even more if there is the promise of a heap of fried chicken and waffles at Bournemouth's Sixty Million Postcards at the end of it. 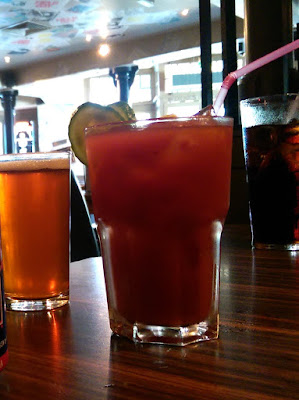 Everyone also knows that going to the gym means twice as much dinner (not that I ever test that theory, preferring to eat my second helpings without going anywhere near a treadmill...). Ergo, a nice gentle stroll along the beach - from Boscombe Pier into town - before breakfast means two pre-lunch drinks are in order. At least.

Firstly bloody marys, cos that's the brunch rules. 60MP provided a nicely poky example of the genre complete with cucumber (useful for the eyes, after these early starts) and extra brownie points for providing no less than three types of Tabasco. They also offer a decent beer selection, with a chaser of frosty Dale's Pale Ale - at a hefty six-and-a-half-percent - going down nicely. 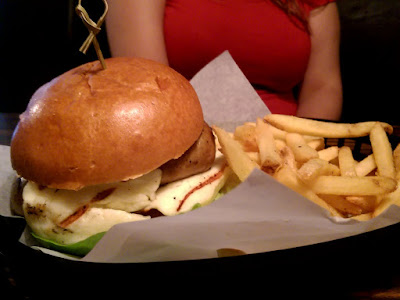 The Shroomhalloumi - the cunningly named halloumi and mushroom burger - almost made up for its lack of beef, although I still feel would have been better with a sneaky meaty patty in the mix. And maybe another slice of halloumi; I'm pretty partial to halloumi. 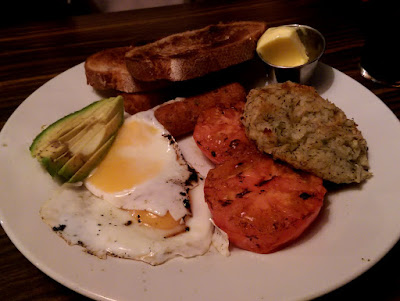 Yet another meatless option, the veggie fry up, didn't sound like a very enticing prospect, especially to a confirmed egg-avoider, but I was kinda jealous when it arrived. Well, at least over some of it. Alongside the pesky ouef there was Nigella-style DIY avocado with wholewheat toast, some, not completely offensive, veggie sausages, fried red tomatoes and very good homemade hash browns. 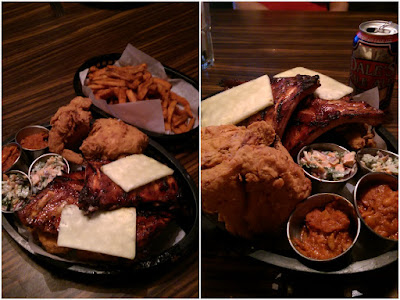 An imminent menu revamp meant sadly (in fact, no exaggeration to say dream-shatteringly, as it had comprised my main train of thought the night before), there were no longer any waffles available. I consoled myself by persuading the Ewing to share a platter of chicken served instead with ribs, sweet potato fries, pit beans and coleslaw.

The 'hot and kickin' chicken was, whisper it, maybe even better than another famous fried chicken purveyor. Not only was it as crispy and juicy as my favoured bargain bucket (a surprisingly difficult art to master) it also came with the advertised kick.

As they had neglected to bring any plates out, and I was too impatient to flag someone down, I ended up eating my half of the platter from atop the basket of sweet potato fries. Not really one of my biggest hardships, although probably not very attractive to my fellow diners. 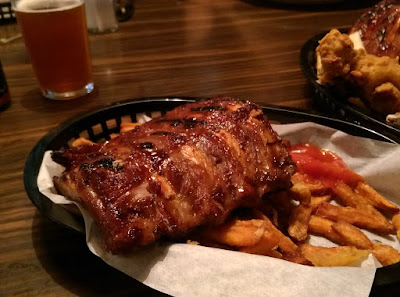 The bourbon glazed ribs came adorned with something that, curiously, looked like processed cheese and turned out to be, even more curiously, slices of 'grilled' pineapple. Slightly strange but actually a nice respite; rather like a mini pudding between meats. The ribs themselves couldn't live up to the excitement of their fruity drapery, but were still a decent effort and, happily, came with the requisite amount of chew.

The other sides - served in tiny ramekins, like something of an afterthought, - were mixed; the pit beans were mostly pulled pork which, despite reaching peak pork sometime ago, is still no bad thing in my eyes. Coleslaw suffered from the addition of huge strands of unchopped coriander leaf that gave it a strange taste and texture (eating it saved the need for floss after the ribs, though).S 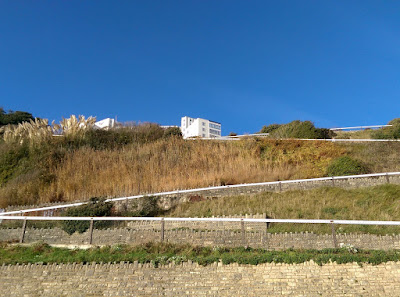 Sixty Million Postcards proved a pleasant surprise food wise. Add good tunes, a good drinks list, good staff and a laid back weekend vibe, it made me want to grab another couple of tinnies and slide back into my leather booth for an afternoon session. Unfortunately the prospect of shopping for pajamas in Primark on a Saturday afternoon awaited, which I can confirm is slightly better when you're slightly pissed. And at least it made the walk home seem like something to look forward to. 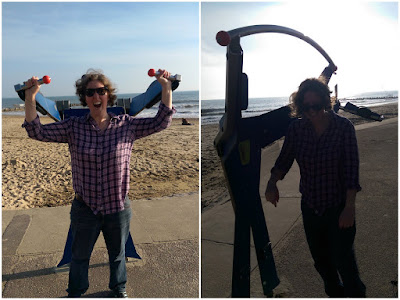 And while walking may be a new found hobby, I think I'll leave the body building to the experts....
Posted by Amy at 06:00