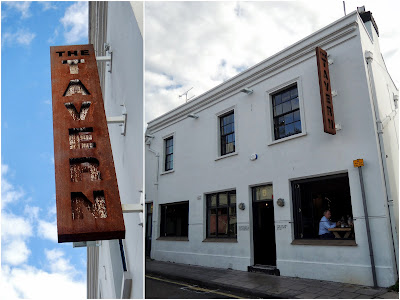 Cheltenham, a fine English spa town found nestled on the edge of the Cotswolds, famous for its racecourse, promenade and Regency architecture. Of course it might have been helpful for the Ewing to have told me about her distaste for the latter before we actually arrived, instead of announcing it as we were pulling into the car park. But after driving for what felt like most of the morning, I wasn't going to let lack of appreciation for the local buildings spoil my appetite for lunch at the Tavern. 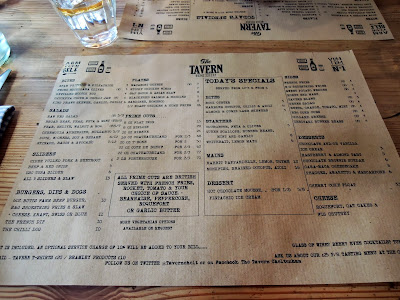 While the elegant, white painted stucco facades of Cheltenham’s terraces might not have appealed (I found them rather lovely), the Ewing was much more receptive to the Tavern’s mix of worn wood, dark leather and Moorish tiling. Indeed it’s a very fine looking pub, with all of the little touches - ‘proper’ gingham napkins, posh toiletries in the bathrooms and glass bottles of both still and sparkling water that arrive at the table unbidden – that make you feel pretty excited about the food coming out of the kitchen. 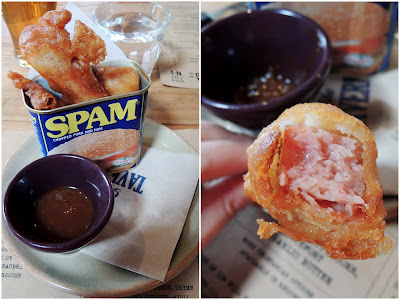 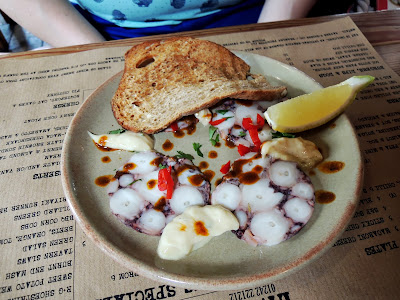 Our starters, from the bites menu, certainly promised good things to come. Their signature Spam fritters, nicely presented in an old tin of the reformed meat product, were great. Fatty, salty and encased in a proper fish shop batter, accompanied by a poky and piquant dipping sauce to cut through the richness. The marbled squid was beautiful; a summer mosaic on a plate. It was the kind of thing I could have quite happily eaten far, far more of, especially when scooped up onto the crispy bread and slathered in the first rate aioli it was served with. 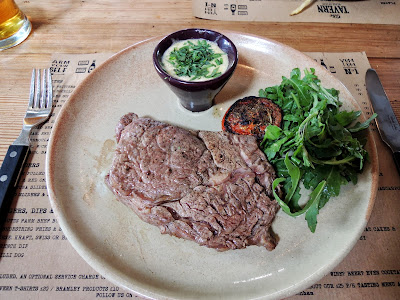 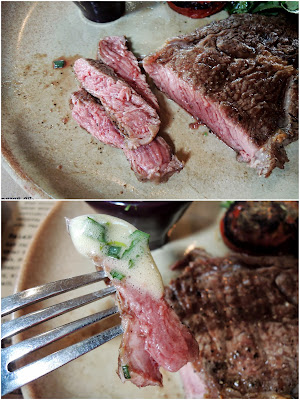 The cracking beginning made the mains seem even more disappointing in comparison. My rib eye – from the grill menu that ranges from a flat iron steak through to a range of sharing cuts, including cote du boeuf, chateaubriand and t-bones-  a bit of a treat at £24, appeared rather grey, as though it had been gently simmered rather than given the fierce char-grilling that all steak deserves. While pleasingly pink inside, the lack of smoky crust on the steak’s exterior wasn’t helped by an absence of seasoning, or the strangely light and foamy béarnaise served alongside, that eluded any of the familiar thick, buttery glossiness. 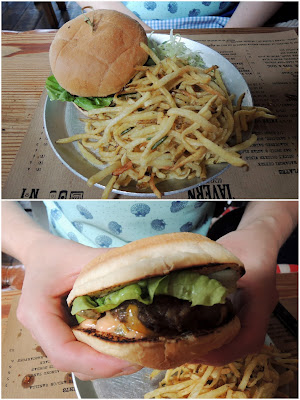 Seasoning was a problem that also befell the Ewing’s burger; but, lack of sodium chloride aside, the patty was a good coarse grind, lettuce was shredded, the bun was bouncy and the cheese was Kraft. A solid effort, with all constituent parts present and correct, but lacking that little something. The rosemary shoestring fries, however, were monumental; a mix of crispy and soft, perfectly seasoned and impossible to stop eating. 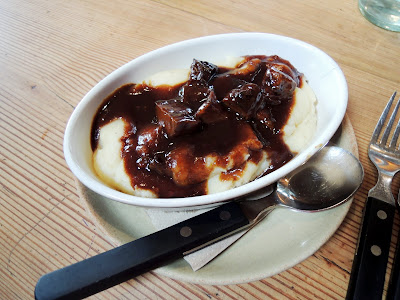 Another decent accompaniment came in the form of the burnt end mash, which I was kindly allowed to swap for the advertised fries; chunks of tender beef nestling on top of fluffy potato and doused in a (very) piquant barbecue sauce. This looked rather lovely in its little enamel dish, and made a decent foil for my steak. 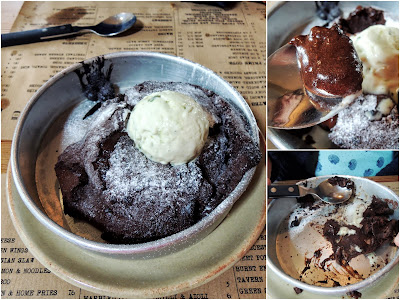 Things got firmly back on track with a pudding of shared hot chocolate ‘mousse’ with pistachio ice cream. The mousse turned out to be an, expertly timed, bitter chocolate fondant combining the perfect balance of a hot and gooey middle and crisp edges, and topped with an exemplary ball of smooth and nutty ice cream. It was also remarkably good value at £8, satisfying even the Ewing’s chocolate cravings. 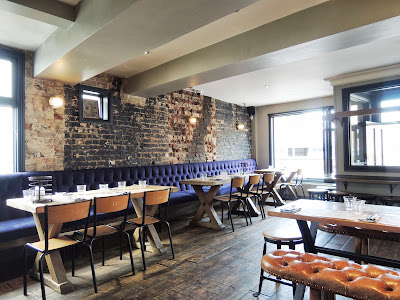 While I couldn’t help feeling a little sad about my steak, I enjoyed our meal at the Tavern. It’s a lovely looking space with great, accommodating staff and an appealing menu that offers all the trendy fried things, burgers, dogs and French dips; as well as summery sounding plates such as rabbit papardelle with lemon and thyme; scallops with chorizo and sweet potato; whole roasted sea bass with anchovies and basil; and a wickedly Cara Maca cheesecake. 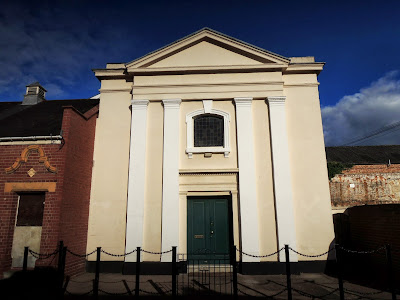 Add a large (and cheap) glass of Tempranillo, a bit of friendly chatter with the staff, and sunny stroll to see Cheltenham's Synagogue - described by Pevsner as 'one of the architecturally "best" non-Anglican ecclesiastical buildings in Britain' - and all seemed right with this civilised corner of the world.