Pink and black (or birthday lunch number one) 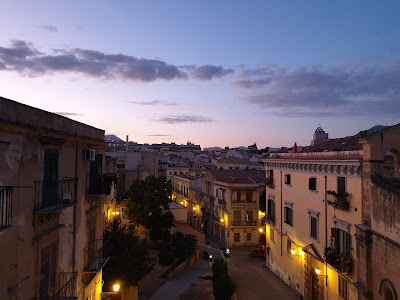 It's also been increasingly difficult to get the blogging mojo back since returning. Mostly because I have spent most my time since I've been back swathed in blankets, with the heating on full blast, bemoaning the fact I'm not still in shorts, looking out at the view above, sipping cold rose and eating cannoli. 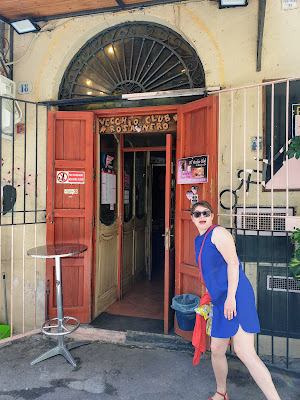 While we ate many delicacies - including goat's intestines, gelato and granita for breakfast - but my favourite meal was my birthday lunch (part one of two, stay tuned for the next instalment) at Trattoria Al Vecchio Club Rosanero a shrine to the S.S.D Palermo, or the Pink and Black - named for the colour of their strips - the city's revered football team. 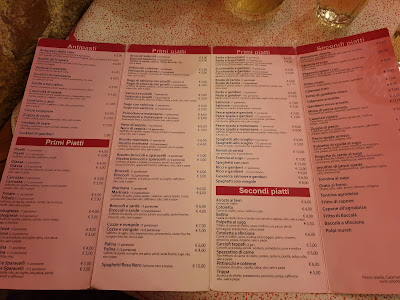 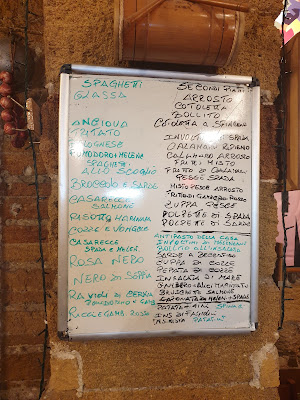 On arrival we were given a comprehensive menu but then, from my very limited understanding of Italian, informed that we should go and chose from the dishes chalked up on the boards around the room. Of course I had already studied it comprehensively on social media before our visit.

Which was lucky as it saved us standing over someone's table attempting to figure out random local specialities such as glasa, pasta topped with leftover stew, and triato, pasta with a 'chopped' sauce. 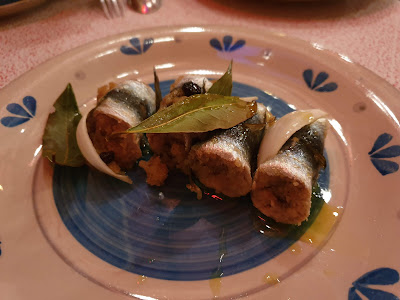 Our first antipasti was sarde a beccafico, or stuffed sardines, a dish we had seen Giorgio Locatelli cooking for Andrew Graham-Dixon on Sicily Unpacked (worth searching for online if not available on iPlayer). Made from butterflied sardines, stuffed with raisins, pine nuts and breadcrumbs, it's a peasant dish that has remained popular in Palermo.

I have say to I wasn't overly-excited about ordering them but felt duty-bound as I knew the Ewing wanted to try them. As things turned out, they were one of the best things I ate on the trip. Maybe it was the location, or the atmosphere, or the litre of vino blanco we had eagerly got stuck into, but they were simply perfect. 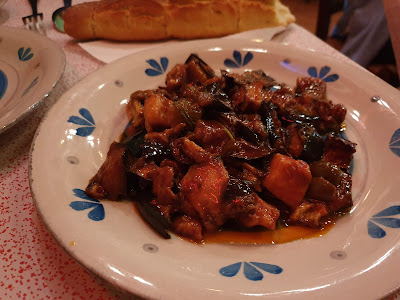 Equally as good was the caponata, a sweet and sour aubergine dish with celery, tomatoes, raisins and capers. Here served with the addition of chunks of spada, or swordfish, another fish found plentifully in local waters.

A heavenly mix of soft slippery aubergine and meaty cubes of grilled fish, bathed in local olive oil and mopped up with chunks of warm, sesame studded wood-fired bread that was delivered to every table on arrival. This was so good we had to come back just to order it again before we flew home. 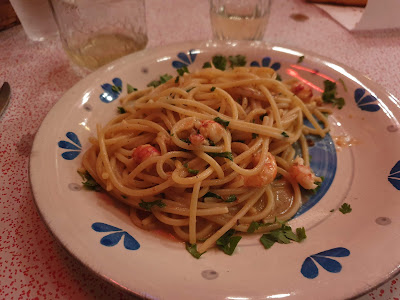 For our primi platti, the Ewing ordered a bowl of spaghetti with sweet red prawns and briny sea urchin; with this heaping plateful being a half portion. I can confirm the full sized portions were at least twice as large, and I spent half my time trying not to stare in awe at the svelte local lady next to us who was quietly and elegantly demolishing a gargantuan heap of spaghetti bathed in a pool of jet-black squid ink sauce. 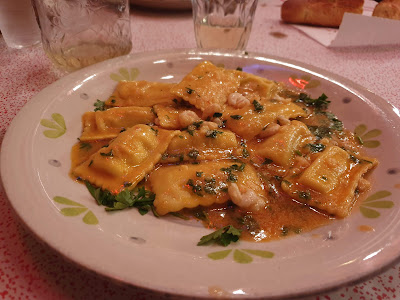 I chose the ravioli, with the robust pasta parcels pleasingly reminding me of the tinned squares in a lurid orange sauce which most 80s kids in England were subjected to as children. Rather than a mystery grey 'meat' filling, these were stuffed with a mousse of grouper fish, and served with a wonderfully glossy and buttery sauce of fresh tomato and topped with parsley and tiny pink shrimp. 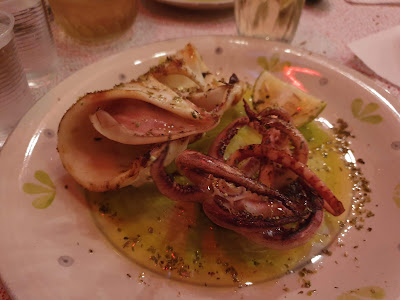 In all honesty, after all that had come before, the squid was probably superfluous, but there was no way I was going to pass up ordering one of my favourite things. It was also good to see it available simply chargrilled (as well as stuffed and fried), the smoky cephalopod served bathed with olive oil, lemon and sprinkled with wild  Sicilian oregano.

In fact, the oregano was so good that I'm very  I bought a big bag in the famous Capo market and carried it home in my suitcase. I am  also retrospectively very glad I wasn't questioned more when coming back through customs. 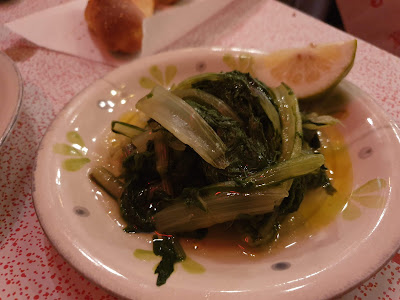 As good girls who always eat our greens (along with pretty much everything else) we accompanied the squid with some giri  which can refer to various long-stemmed, spinach-like greens, but in this case meant swiss chard - that had been slowly cooked until soft in yet more olive oil and lemon juice and tasted deliciously sweet and delicate after all the big flavours that had come before. 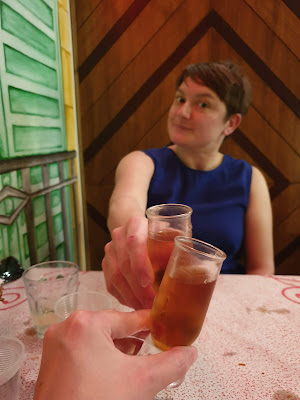 We finished the meal the way all good meals should finish; with two icy cold glasses of local Sicilian amaro, a pleasingly small bill (less than fifty 50 Euros, including water and and the aforementioned litre of wine) and a long afternoon nap. The perfect way to herald the last year of the fourth decade of my existence.
Posted by Amy at 20:42