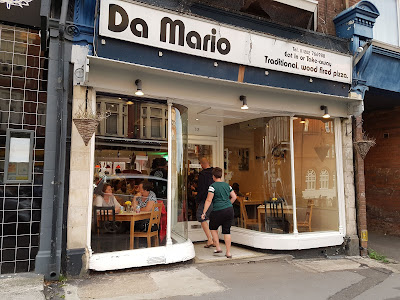 Sometimes, living my life is just like being in a Hollywood movie. In the Last Crusade, Indiana Jones eventually gets his hands on the Holy Grail. In Harold and Kumar get the Munchies, our intrepid duo made it to White Castle, and on Air Show weekend, I finally got to go to Da Mario’s in Westbourne. 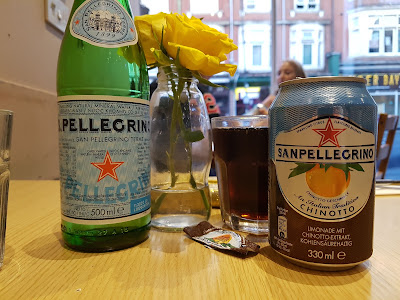 Now, this may seem like a very minor achievement, but when you consider Westbourne is heading completely the opposite way to the east side of Bournemouth we normally frequent, in addition to its rather random opening hours (17.30-22.00 Wednesday to Sunday) it felt like a success worth celebrating.  Even if forgetting to bring our own booze (All Hail Ale, a micro pub and soon to be bottle store is just next door, if you need to pick up emergency beverages) meant we had to share a toast over San Pellegrino water and a can of the cult Chinnoto instead. 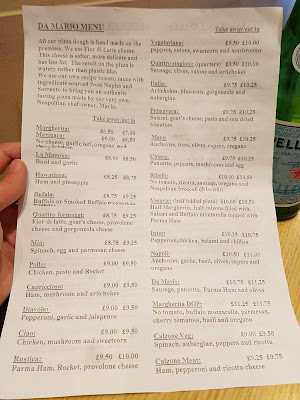 Apart from the inner glow of getting a long standing achievement unlocked (Da Mario had topped the to-do list for a number of years, despite many visits to BoMo), you may be questioning why we had gone so far out of our way for dinner. The answer is simple, may favourite foodstuff; pizza. And not just any pizza, but, at one point not so long ago, the best pizza on Trip Advisor in the whole of the UK.

Yes, TP is full of shilling and moaning and fake news and should be taken with more than a healthy pinch of salt, but I also had a good feeling that there were more than a few B-towners who knew a good pie when they made its acquaintance, and I was looking forward to being introduced. 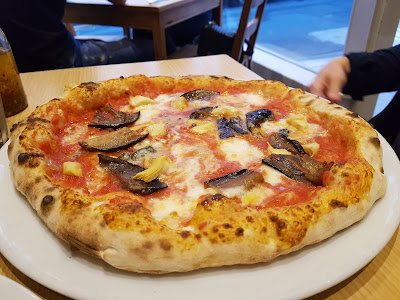 The Ewing debated over the Ciao ( a mixture of chicken, mushroom and sweetcorn, which may have had some Italians saying see you later, but actually sounded pretty good), but went with the Italia. A far more classic combo of artichokes, pine nuts, Gorgonzola and aubergine. A great combination of flavours and, the Ewing's fear with a Neapolitan style pizza, no soggy bottom. 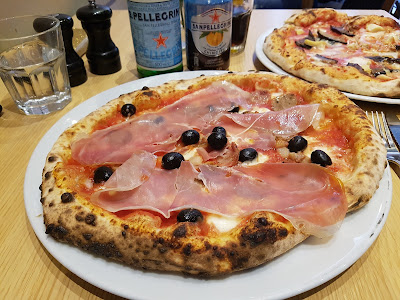 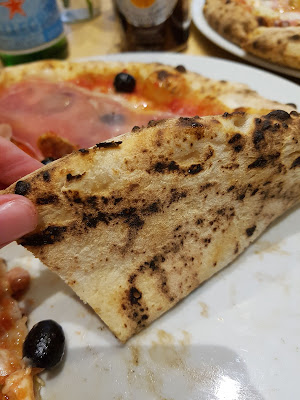 I chose the eponymous Da Mario, topped with sausage, pancetta, parma ham and the just right amount of black olives. i.e. a lot. This was a cracking pie; salty and smoky and punctuated with pools of milky cheese. A special mention, too, to the base - the real star of a good pizza. Here it was chewy and tangy and speckled with a leopard-like char from the blisteringly hot wood fired oven.

The generous size of the pies, plus the fact we still had to schlep back across to the right side of town, meant pud was off the menu. Although the white chocolate profiteroles filled with a milk chocolate mousse and the homemade tiramisu I spied in the cabinet means I'm looking forward to the sequel.