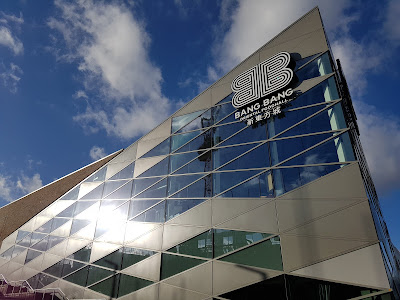 If you were to ask me for a breakdown of my time over the last couple of months the answer would be thirty percent work, twenty percent asleep, ten per cent watching the winter Olympics and fifty percent in IKEA.

Now, I like IKEA and all (I really do) but even I can reach my limit of processed meat products. Hard to believe, I know, but when you start craving your meatballs with spaghetti and not with mash and jam, it’s probably time to look for a different dinner option. 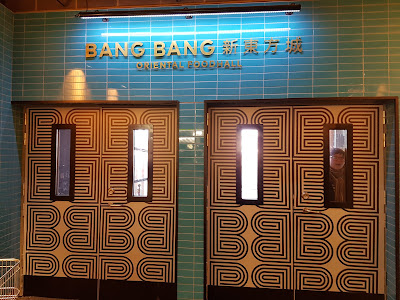 Fortuitously Bang Bang Oriental has just (re)opened on the old site of the much missed Oriental City in Colindale; a cavernous food court that saw much gnashing and wailing of teeth when it closed in 2008. While it’s impossible to read a review/blog post bemoaning how far Barnet is from civilisation (read zones 1 and 2), for our intents and purposes it was only another quarter of an hour around the North Circular.

Normally this would be a sentence that would strike fear into the coldest heart, but in this case a viable option compared to eating yet another slice of Daim cake (which shows you just how many slices of Daim cake I have actually eaten recently). 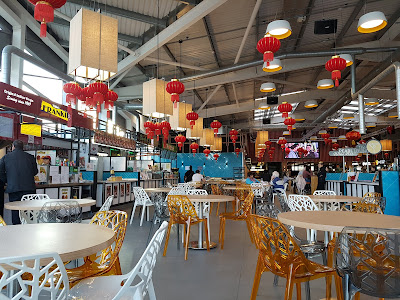 Of course the very thing that makes a food court so exciting - especially to the perennially peckish, like the Ewing and I - is also what threatens to overwhelm; the choice. So many options, from so many different cuisines, yet the fear of picking the wrong dish and ending up with the unenviable food envy looms large over every decision.

Being fully aware of the high chance of a hangry melt down from either of us at any given time, I had already trawled Instagram for the best looking bowls of food, figuring that it would be a much easier choice from the comfort of my own armchair, but we also made time for a schlep about, just to make sure we weren’t missing out on anything. (imperative - TE). 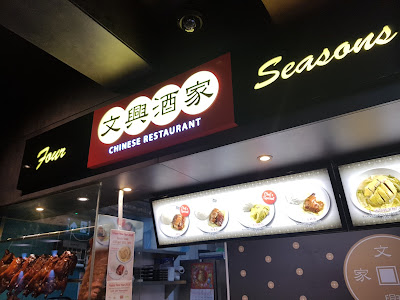 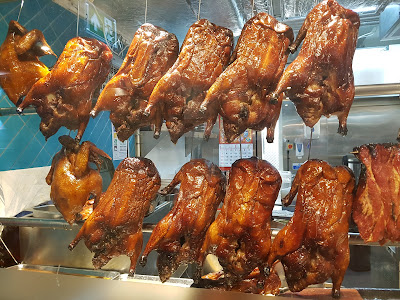 Having done my research I headed straight to the back for a bowl of roast duck noodle soup from Four Seasons, the Queensway. stalwart. While my parent's often used to take us for lunch in Bayswater - at the, now sadly closed, branch of Mr Wu, where I used to demolish unholy piles of sticky ribs, salt and pepper wings and and seaweed with a voraciousness that only a teenager can - I've never eaten at FS. Something I was looking to remedy. 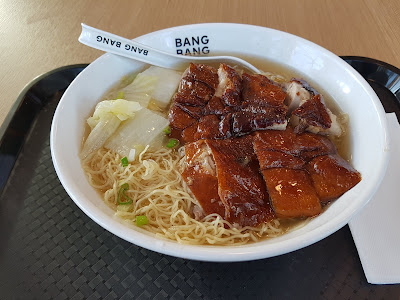 Now, I'm pretty sure that, without eating there for comparison, this outpost probably pales insignificantly compared to the original, but for eight quid I was very happy with my generous portion of burnished duck and springy noodles, topped with chinese leaf and chopped spring onion. As a bonus, the duck was also boneless, making it a slightly more attractive proposition as I was chowing down.

While not the biggest noodle soup fan - no matter how good the broth, the noodles never seem to end up tasting of anything; plus all the splash back, if you're as messy an eater as I am  - nevertheless I enjoyed the restorative charms of this, though I did upend a saucer of chill oil, negating its soothing qualities somewhat. 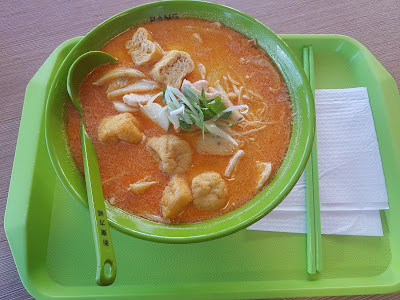 Following my advice, the Ewing went with the laksa from Coconut Tree. A bounteous bowl of prawns, tofu puffs and noodles in a rich and spicy coconut curry broth. Apart from the fact her choice of lunch stall and mine were at opposite ends of the cavernous space - necessitating someone (me) having to navigate a kamikaze run clutching a tray of boiling liquid so we could be reunited for lunch -  this proved a strong choice. (oh Roscoe I fear you exaggerate somewhat - TE). 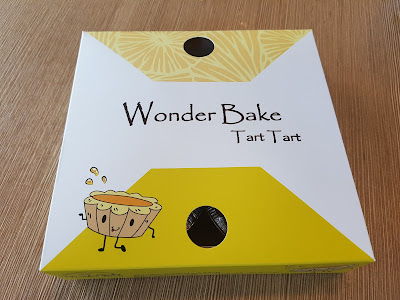 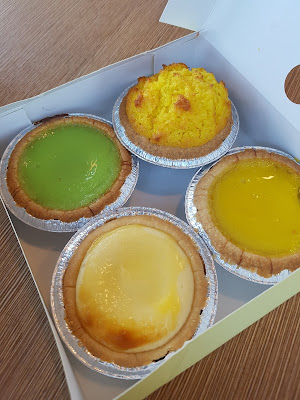 We also picked a selection of tarts from Wonder Bake including custard, pandan and coconut,. My love of custard tarts has diminished somewhat after over enthusiastic incidents in both Hong Kong and Lisbon, but the later pair were particularly excellent for breakfast the next day. 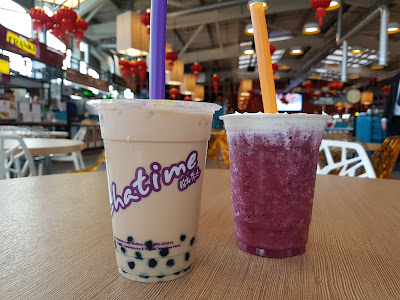 In the rush to negotiate timings and transport two bowls of soup to an agreed location in tandem (which sounds more like the plot of a bad Cold War spy thriller rather than trying to ensure our food arrived at roughly the same time) we didn’t have time to pick up drinks before eating . Due to some, long forgotten, misdemeanour, I owed the Ewing a favour, so agreed to schlep about after to pick up refreshments.

I had the classic milk bubble tea with black tapioca pearls; still a firm favourite and very enjoyable here, save for the fact they had run out of large cups and someone else wanted to share, despite having their own drink…. While strawberry juice with salted cheesecake might sound pretty odd, it somehow worked; the sweet sharp fruit contrasting with the smooth philly-style topping. 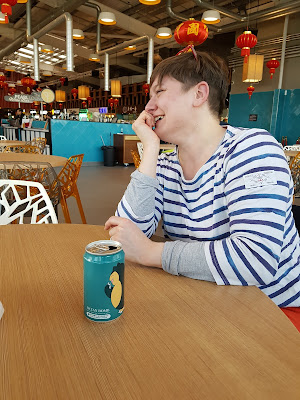 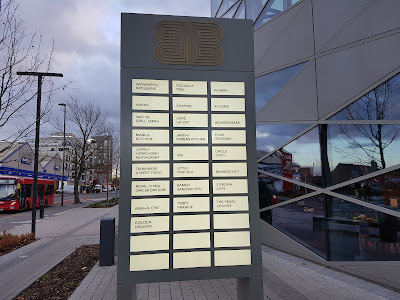 As several people have pointed out before me, why come to Colindale when you could go to Chinatown? Of course you could replace Chinatown with pretty much anything and still have a valid point…. In all seriousness though, if I lived near here I’d be having the last laugh.

Yeah, it’s not perfect; it lacks a little roughness around the edges; the pricing on some dishes seem a little steep (and the portions a little small); and, like anywhere, I’m sure there are few duff dishes to be had. But for variety and convenience Bang Bang would be a welcome addition to most neighbourhoods. 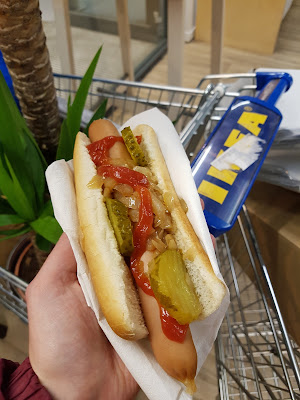 Even after such a fine lunch, my self-imposed pork moratorium could only last so long. So after several long hours (literally) touring the cavernous bowels of hell, cramming many mdf products in a wonky-wheeled trolley, it seemed only right that a hot dog, crowned with fairground sweet onions and crinkle-cut pickles, should be my reward. Viva IKEA.
Posted by Amy at 22:14