A taste of home: E Pelliccis 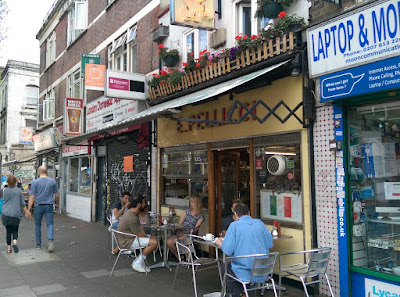 There’s a kind of special moment you sometimes get when you’re on holiday -  maybe it’s when you’re walking through a fug of incense in a backstreet market; or squeezed in a thrumming side-street bar as the evening kicks off; or sitting in sleepy town square, watching locals smoking and playing chess – and the magic suddenly strikes you and you think if only it was like this at home.

Of course being on holiday also means you conveniently forget that haggling over your weekly Tesco’s shop, or being pinned up against the wall by the hordes at your local when all you really wanted was a quiet after-work pint, would seem completely insufferable when you’re back in the real world. And who really remembers how to play chess, anyway. 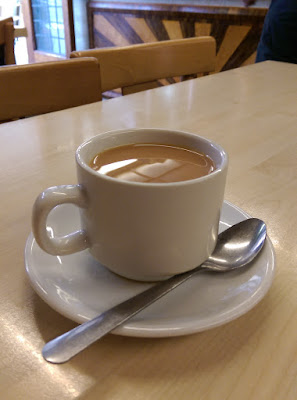 Well, I had my own moment, on the Bethnal Green Road of all exotic locations, just a few weeks ago. A moment that’s so perfect that you feel like you’re in a book and you don’t ever want the story to ever end; and all before breakfast.

Well, more accurately, for breakfast. But while I was waiting for my fry up and drinking my way through the second cup of thick, malty tea I was already thinking – as I idly read the advert for a commemorative birthday party for the Kray twins that was stuck in the window  - that as moment’s come, they don’t get much better than this. And better still, I was at home. 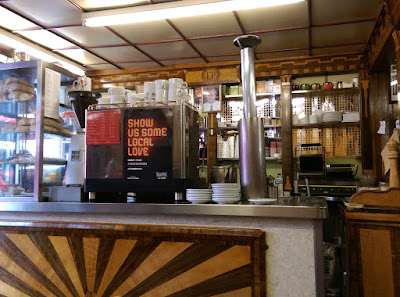 Well, more accurately, on the Bethnal Green Road. At E Pelliccis, the celebrated café that has been in the same family since it was built in 1900 and who have fed everyone from the aforementioned Krays (who often ran their ‘business’ from here) to Henry Cooper to most of the cast of EastEnders. The bright yellow Vitrolite frontage and Art Deco-style marquetry panelled interior remain untouched - leading to the building being Grade II listed a decade ago which means that, like my favourite caff, the Regency Café in Pimlico, when you step through the door it’s hard to tell if it’s 2016 or 1960. 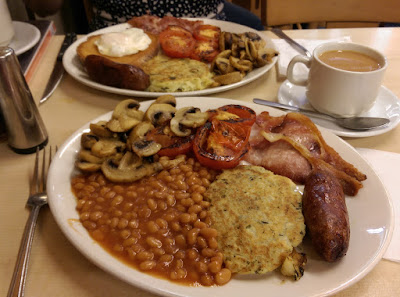 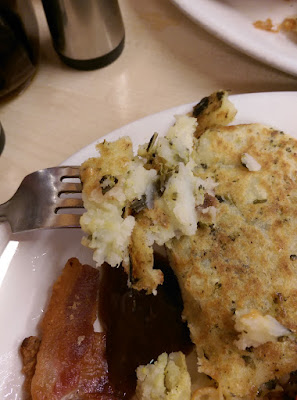 We, of course, were here for the full English (which come sans beans as standard, so remember to add them in if you’re a legume fan) mine without egg but with a wonderful puck of homemade bubble, a pan-fried potato and veg cake with the vegetal funk from the leftover boiled cabbage and broccoli. One of the few things, the others being sausage sandwiches and corned beef hash, that I prefer with brown sauce. The rest of it was pretty spot on, too, especially the fried mushrooms, which were as fine as any I’ve had. 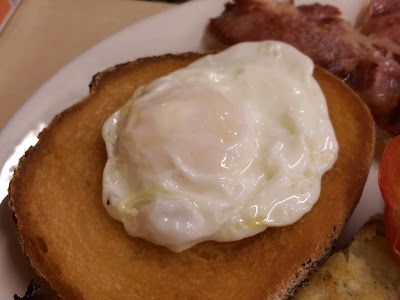 Here the sauce is in squeezy bottles, the marge thickly spread on your toast 'do you want another slice, gels?’, and you can get a fried slice with a fried egg on it; surely the key evidence in the case against having to show the calorie counts on restaurant menus.

It's also worth trying to leave room for a slice of the bread pudding for afters, you can always get it to takeaway. (Also checkout Percy Ingle bakery a couple of doors down, the only place apart from Greg’s, I’ve ever seen my beloved Tottenham cake). 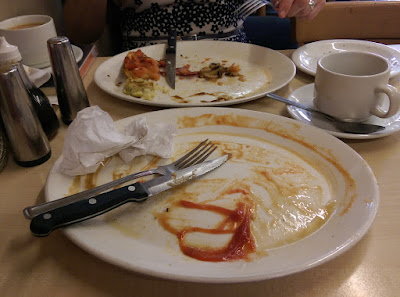 Even better than the food is the service, which revolves around non-stop banter (in the traditional sense, when it meant being both quick-witted and good-natured) from both the customers and the staff. My favourite part was the conversation that started up as we went to pay.  ‘Gels, I’ve been reading that Lady Chatterley's Lover. She might have been all prim and proper but - I don’t mean to be rude, gels - she still let him give her one’.

It’s an wonderful microcosm of London life and a slice of our city that makes me feel very proud; proving you don't need fancy foreign climes, just a good cup of splosh served with a friendly smile, to get that little magical shiver down your spine. Yours for 70p, but the feeling's priceless.