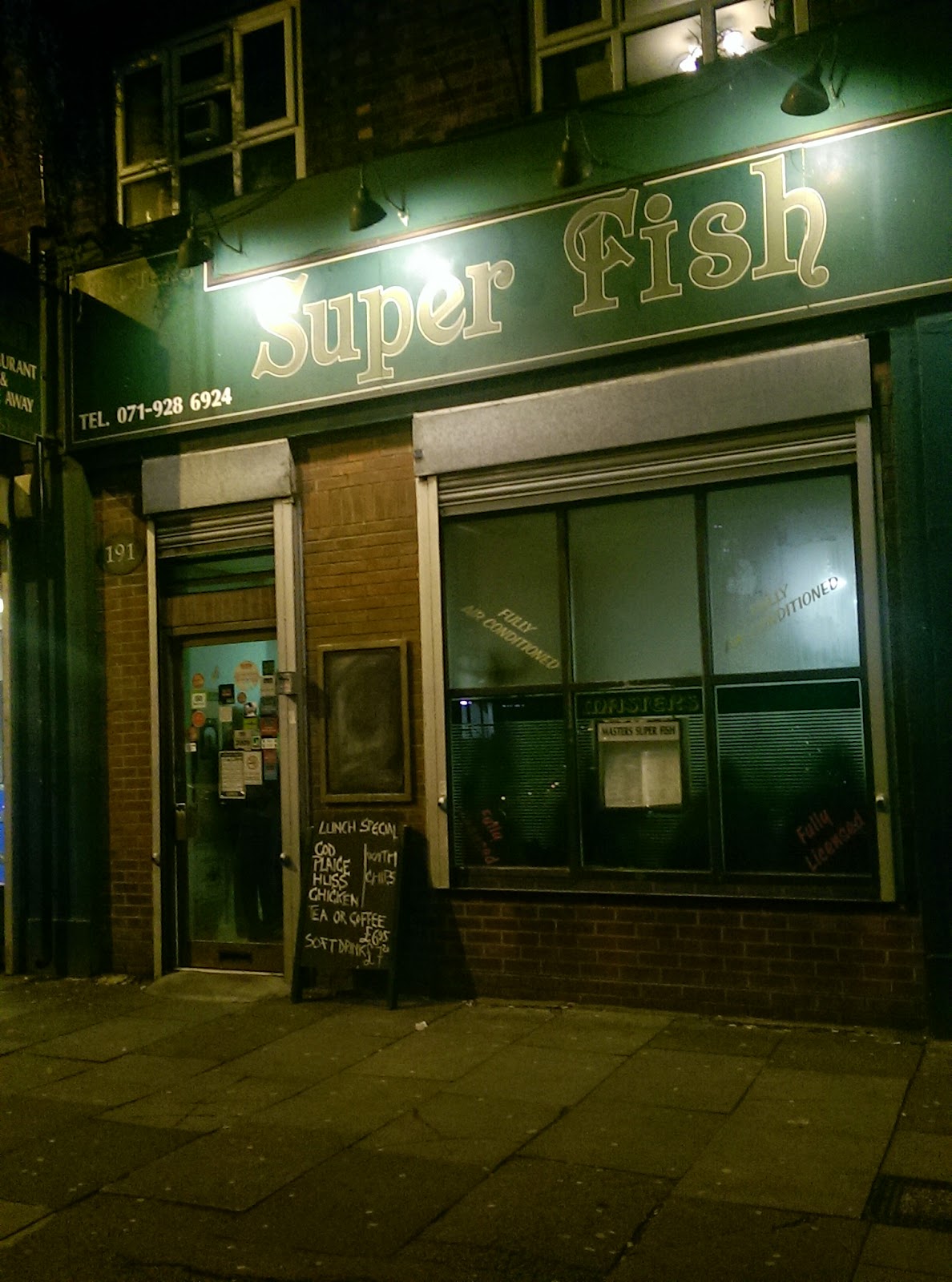 Having a firmly London-centric lineage (save for a Norn Iron Grandmother and, as I have recently discovered, a Pie Eater as a paternal Great-Grandfather) you're probably thinking I spent most my childhood evenings eating jellied eels whilst singing a few Chas and Dave songs around the old Joanna (I've never thought that - TE). Sadly, after I moved to the bucolic Chiltern Hills, most nights were about eating my greens followed by Neighbours and trying to avoid my physics homework (I did, briefly and badly, learn the piano, but it was all Phil Collins (heaven help us - TE) and the Beatles, not the Cockney classics). 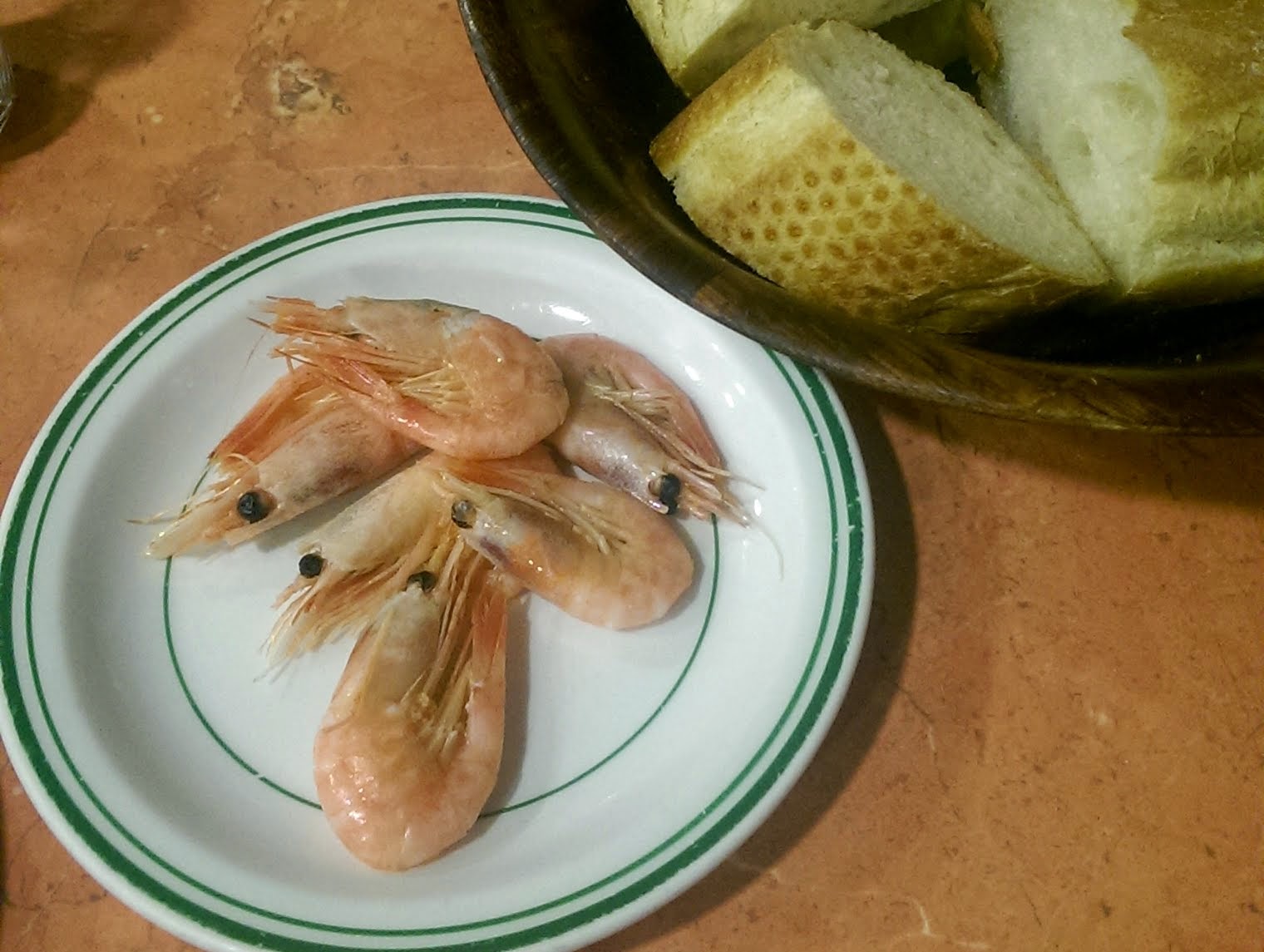 People often rue the loss of the real London, but it still exists if you look hard enough and it's very essence, hanging in the air like chip fat, can be found through the doors of Masters Super Fish on the Waterloo Road. Beloved of cabbies, locals and tourist alike, the Formica tables, fish straight from Billingsgate and fogged up windows make you feel like you've been transplanted straight out of an Orwell novel.

I'm not sure you would have got a saucerful of shrimps in Orwell's time - although he does talk of the bigger cousins, Dublin Bay prawns, in his Defence of English Cooking. Here they are served gratis while you wait, alongside a basket of baguette and butter. Cue some noisy head-sucking from the Ewing. 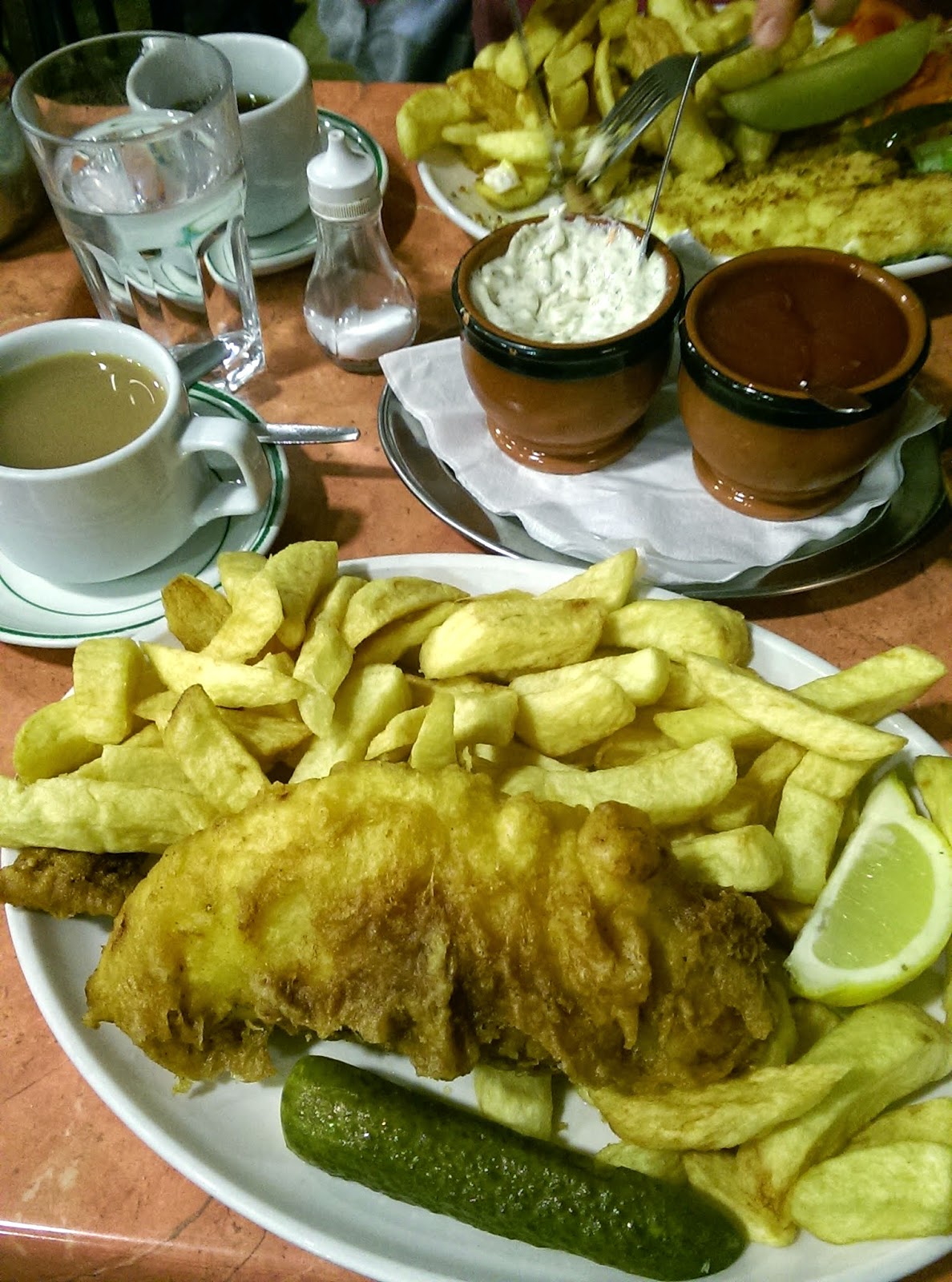 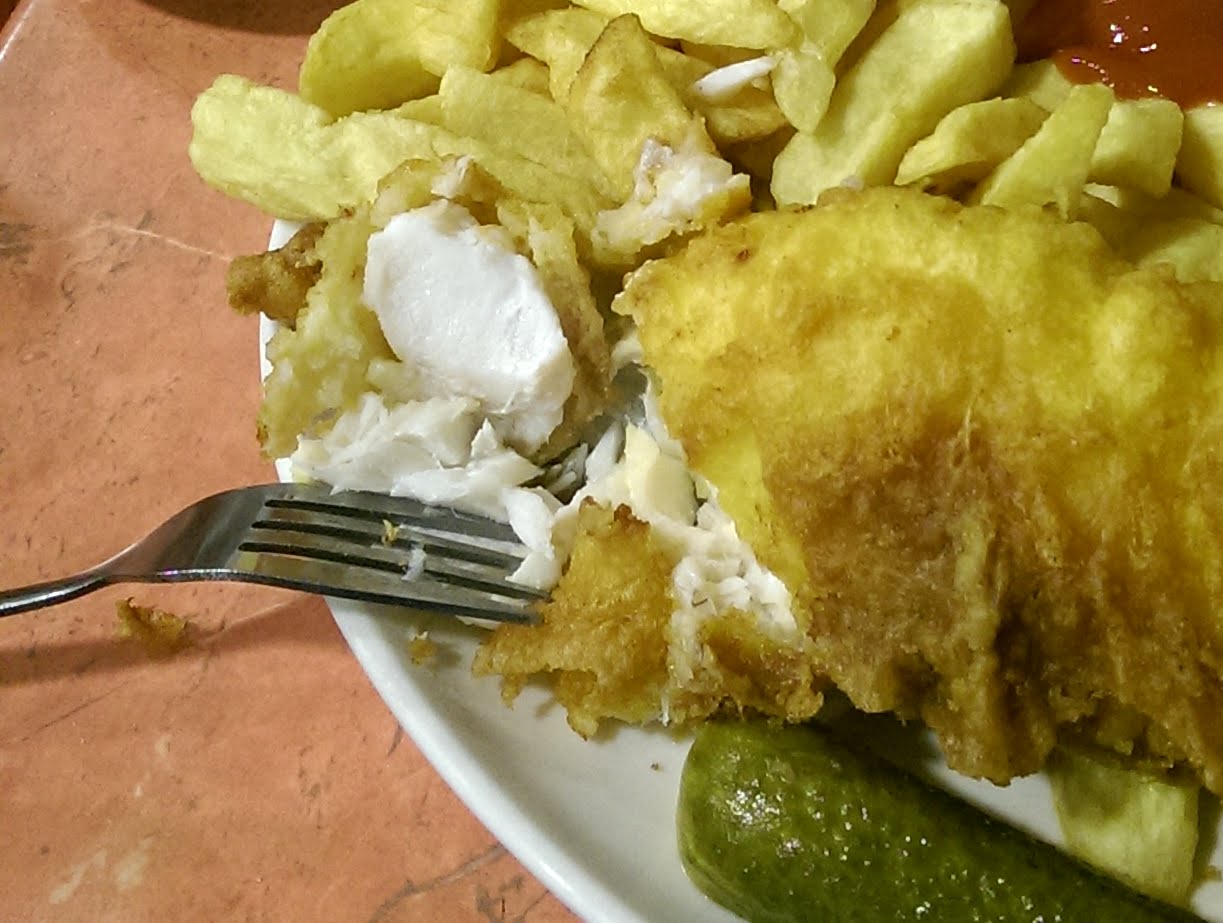 Everything was perfect; a thick tranche of cod, served skin on (opposed to the skinless Northerners) was flaky and meaty (which still always seems a strange descriptor for fish); the batter at turns perfectly crisp and soggy and the mountains of fried potatoes peerless.

They also provide generous supplies of ketchup and tartare sauce - heaven for a condiment fiend like me - before bringing silver boats with sliced wallies and pickled onions to your table and asking how many you want with your dinner. That's right, endless pickles are provided table side; surely the cue to get yer selves down to queue for a fishy helping of forgotten London. 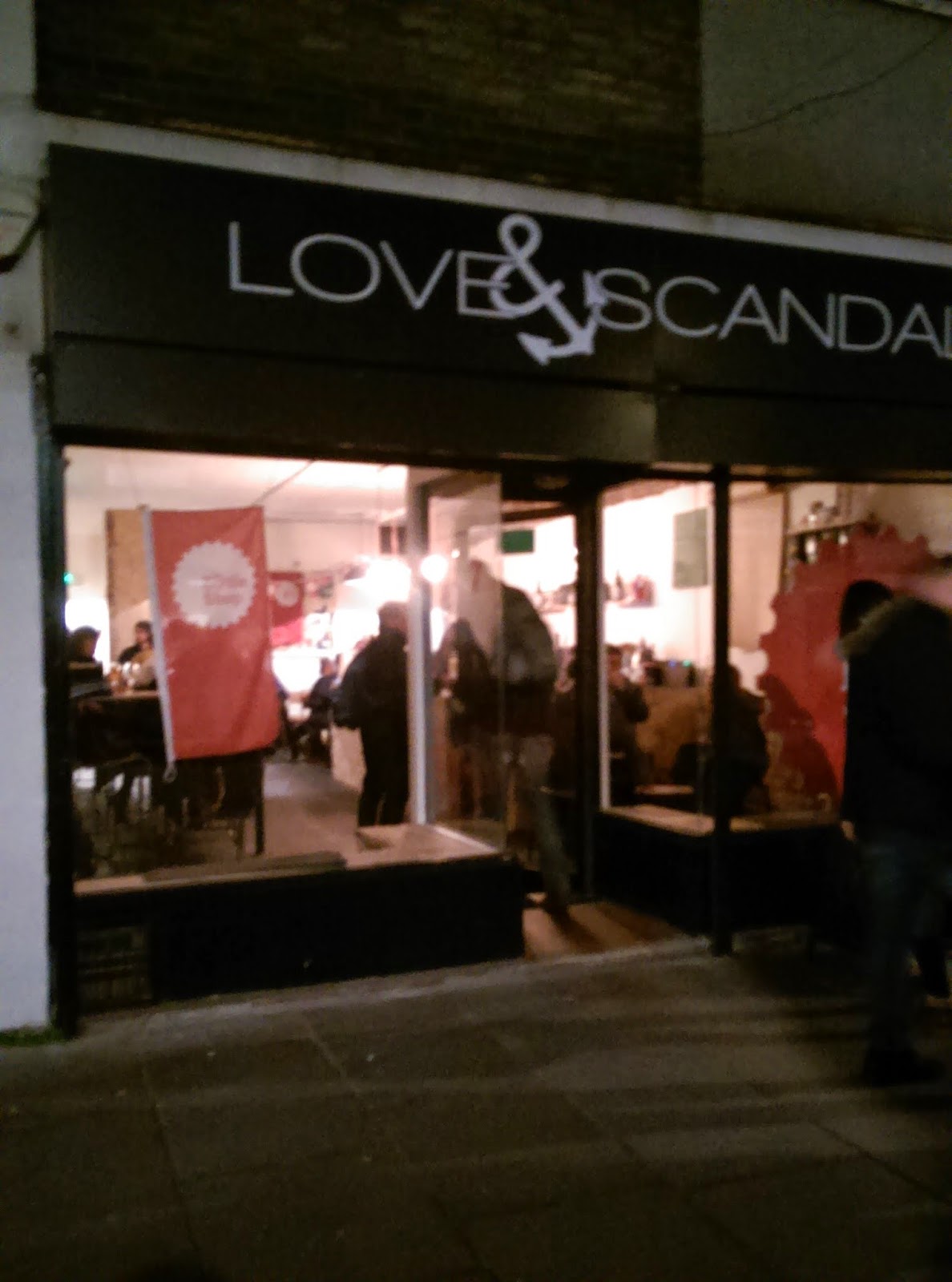 Of course man can’t live on cups of tea alone (although the English may try), so it was an auspicious omen that Bermondsey’s Bottle Shop were hosting the first night of their new Waterloo pop up, held at Love and Scandal coffee shop on Lower Marsh.

Their Thursday/Friday night shenanigans started with four keg offerings, a cheeky little can and bottle list (also available to takeaway) and crisps sandwiches for a quid. It’s as if they had read my mind. 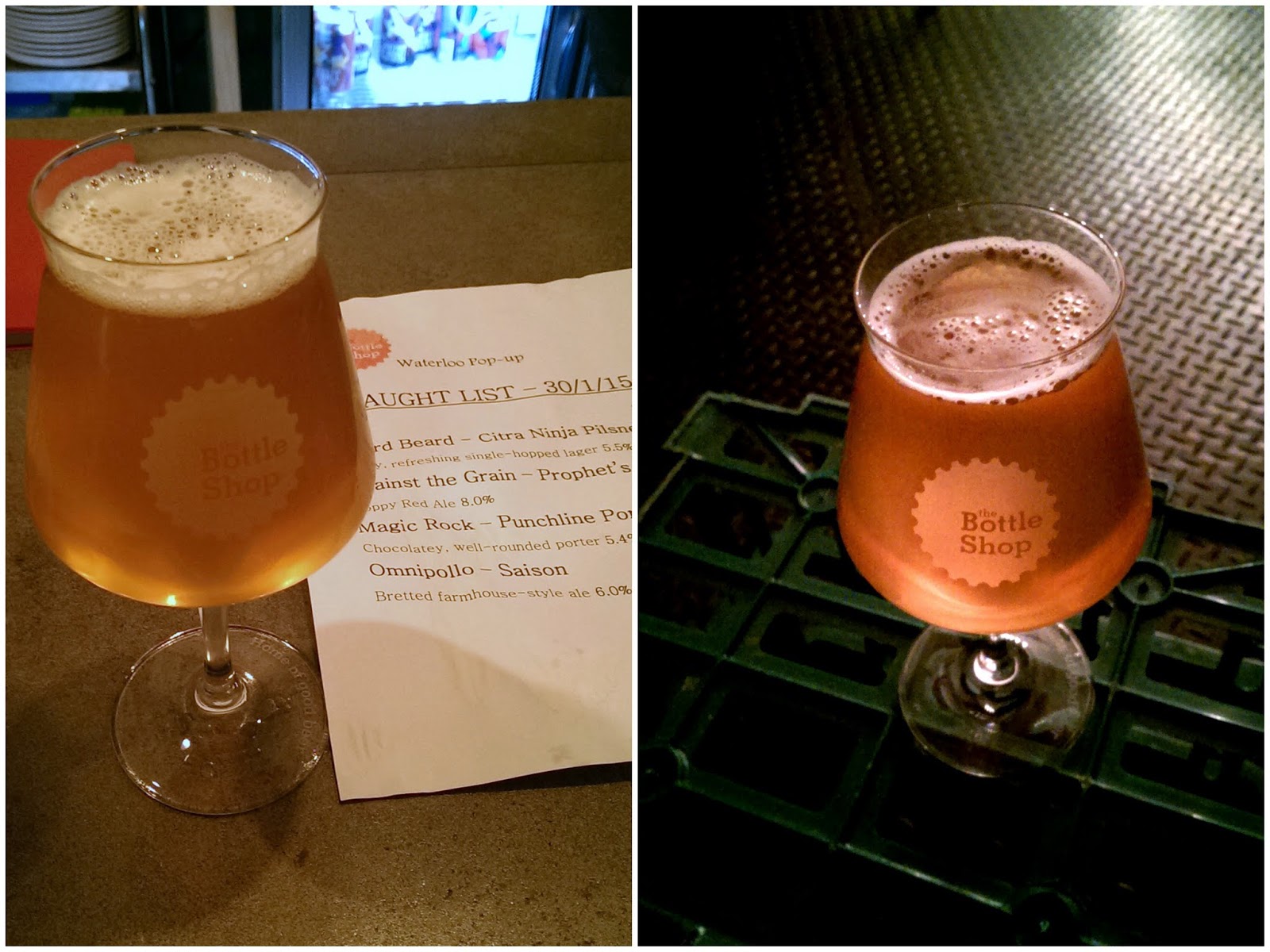 I started the weekend off with a Weird Beard Citra Ninja Pilsner (AKA Faceless Spreadsheet Ninja), a single hopped German pils style beer that’s clean and sweet and refreshing  but with a little kick at the end -from dry hopping with yet more Citra - to keep you on your toes; perfect Friday night thirst-slaking.

The Ewing passed up the chance to try the Punchline, a Chipotle Porter from Huddersfield's Magic Rock, plumping instead for the Ominpollo (from Sweden, and one of the only beverages imbibed over the weekend that was brewed outside the Big Smoke) Saison. This was a juicy, funky brew that the Ewing described as 'FRESH' (the caps are hers). 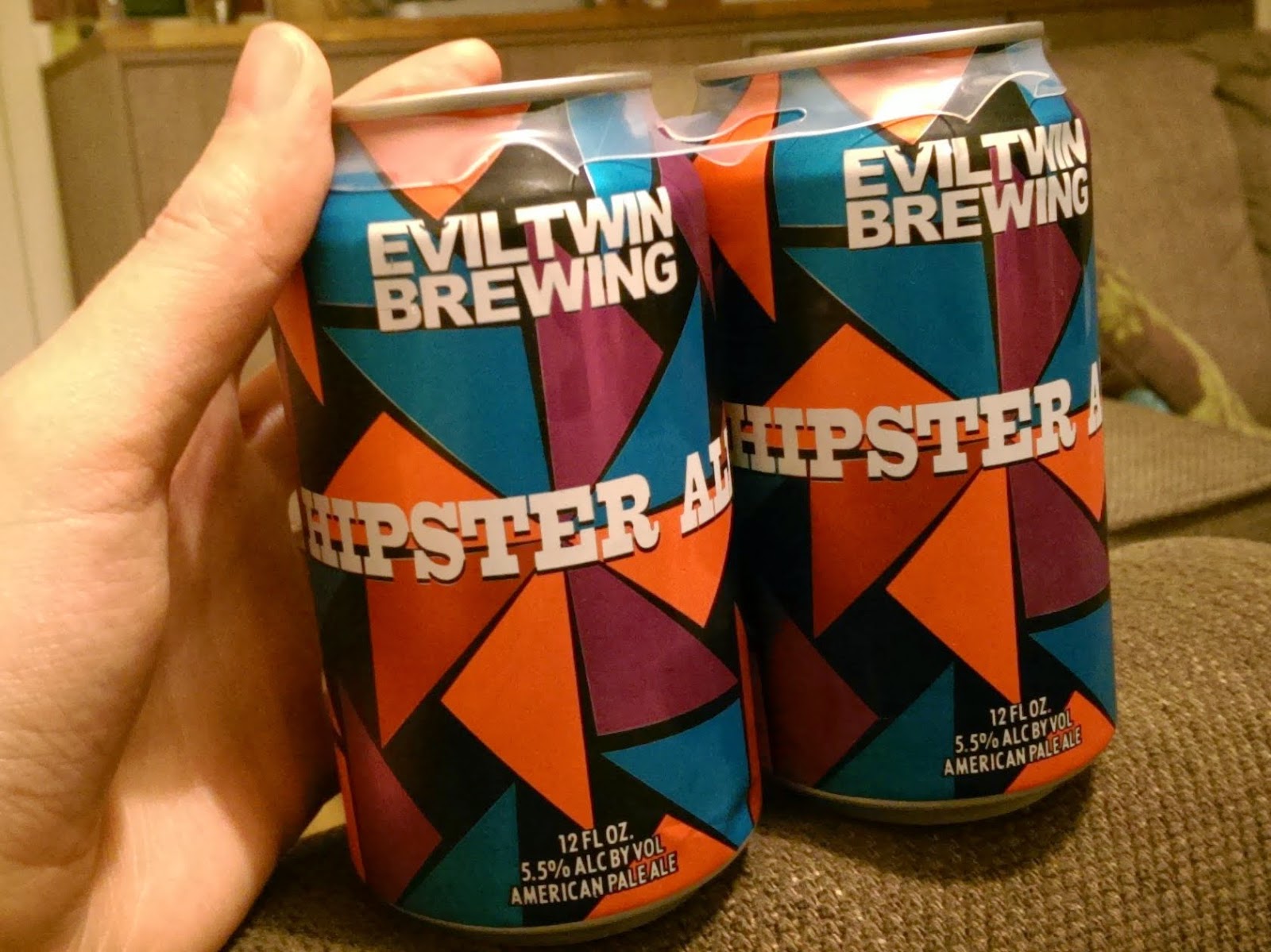 Crisp butties and a second round were passed up as Stealth had called to announce she was back in E&C and awaiting our arrival. As we couldn't arrive without a present (well, I could have done…) a few cans of Evil Twin Brewing’s Hipster Ale (brewed at Two Roads Brewing Co) from their takeaway fridge seemed most appropriate for the hippest girl in SE17. 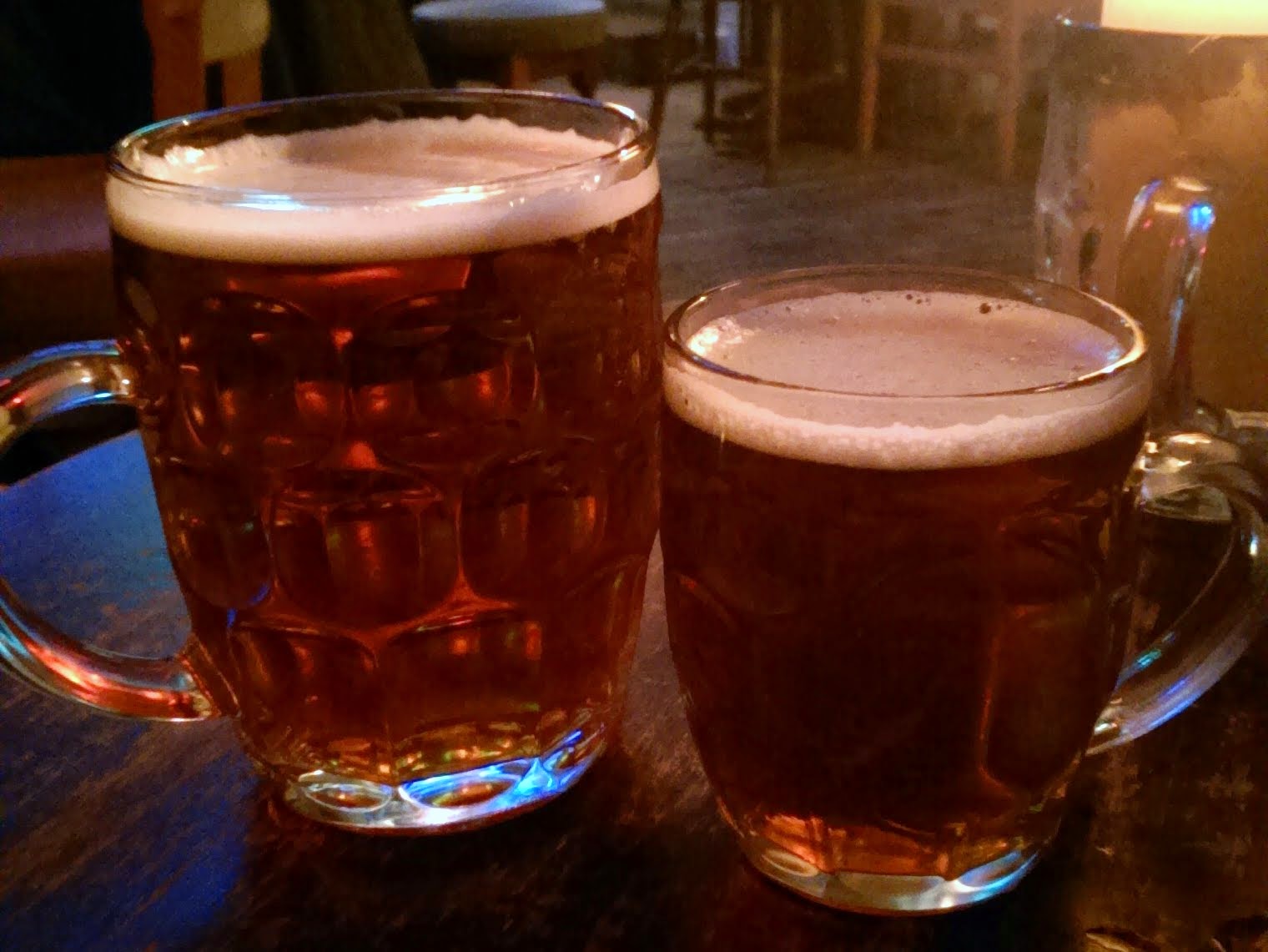 Of course it wasn’t all about massive hops and a jet of CO2.  A nice dimpled pint pot of Sambrooks Wandle on cask – a classic English pale ale named after the Thames tributary that runs past the brewery - whilst snuggled up at the back of our favoured haunt, the Old Red Lion in Walworth, bookmarked  a pleasingly gentle end to a frenetic, Capital-centric weekend.
Posted by Amy at 22:07