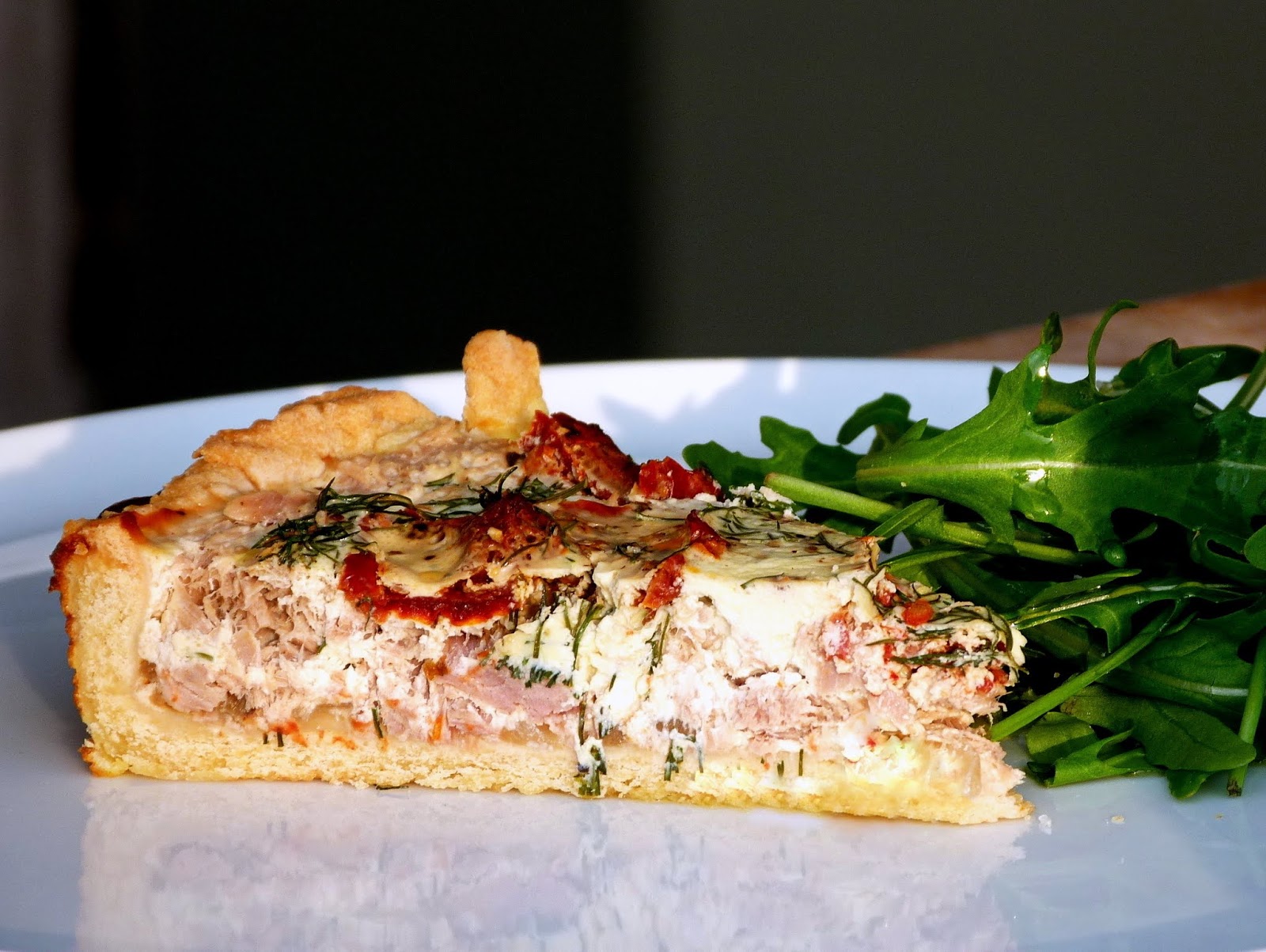 This Gallic-inspired bake came about as I attempted to recreate the tuna tart we had eaten on honeymoon Gerard Mulot in Paris. We stumbled upon his cafe/bakery/patisserie while walking towards St Sulpice and were soon entranced inside by the neon macaron and hand made chocolates piled high in the window. Once through the doors we discovered that they also sold an array of bread, pastries, tarts and pies; oh, jour de joie.

The choice was quite bewildering; cabinets full of delights such as coulibiac of salmon, quivering slabs of quiche Lorraine, a magnificent Pâté en croûte au veau, and pear and goats cheese pastries. After staring slack-jawed for an age, we decided to buy boxes of macaron, some fresh bread, and a thick slice of tuna and confit tomato tart to form the beginnings of a Parisian picnic. Sadly spring time in Paris can be rather like England; full of romantic promise, but delivering mostly wind and rain. Happily this meant we had one more reason to get back into bed and enjoy our feast in the warm and dry. 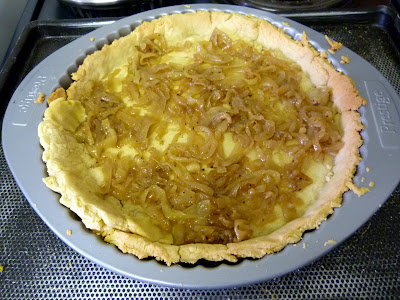 The tart was ambrosial. Sweet chunks of tuna and semi dried tomatoes, a gently wobbling, dill-spiked, savoury custard and the crispest buttery base: and in order to try and do it justice when trying to replicate it back on these shores, I knew I would have to attempt make my own pastry.

While its not that I was particularly daunted by the idea (I have made pastry; nobody has died eating it), pastry making generally seems like the preserve of much calmer, cleaner and more organised cooks. The kind of people who manage to keep their work surfaces clear and free of detritus, who don't try to hide things in the oven to free up more space, or attempt to play Jenga with great piles of their unwashed crockery.

With the kitchen all clean and sparkling, I picked a simple shortcrust recipe from The Two Hairy Bikers Pie Book. While the best pastry I have ever made was Delia's mincemeat tart, it uses a recipe that involves copious amounts of lard and the patience of two saints; this time I took an easier route and whipped out the food processor. Making the dough was trouble free, but rolling it out still tested my patience somewhat. 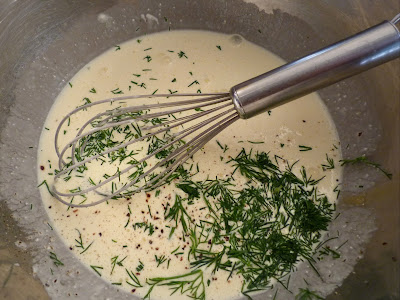 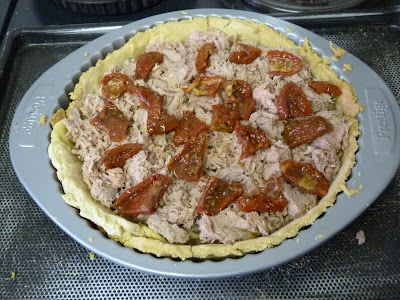 Pastry finally in the tin, and holes all patched up. I blind baked it to achieve a crisp base, before adding a layer of caramelised onions. This was followed by tinned tuna, sun dried tomatoes and finally a mixture of crème fraîche, copious amounts of fresh dill and a couple of beaten eggs.

Despite the surfeit of flour coating both the kitchen and myself, this is (especially if you use ready rolled pastry, or even a pastry case) a really simple, and very impressive, tart that sings with the flavours of a Mediterranean summer. What's even better is that, using a tin or jar of good tuna and dried tomatoes, you can happily recreate it during an English Winter. 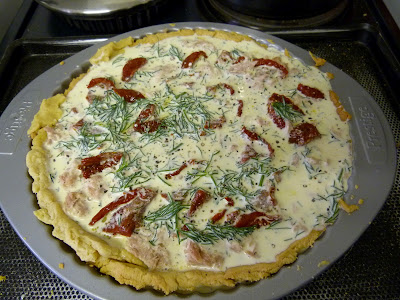 To make the pastry place flour and butter in a food processor and blitz until it resembles fine breadcrumbs (you can rub the mixture together with your fingertips if you prefer). Add the egg and pulse until mixture comes together. You may need to add a little cold water.
Wrap the dough in clingfilm and place in the fridge for at least half an hour.
Preheat the oven to 180c. Grease a 23cm non-stick tart tin.
Take the pastry out of the fridge and roll out to the thickness of a pound coin. Carefully line the tin, patching any holes with spare pastry. Leave to rest for 15 minutes.
Line the tin with greaseproof paper and fill with baking beans (I use reuse a jar of dried chickpeas). Place in the oven and blind bake for 15 minutes. Remove greaseproof paper and bake for a further 5 minutes, or until the base is a light golden colour.
Remove from oven and turn temperature down to 170c

While the pastry is resting slowly cook the sliced onions in a frying pan with a little olive oil with a pinch of sugar and some seasoning. You want them to become soft and golden without burning. Leave to cool.
While the pastry is blind-baking mix cream, cream fraiche, eggs, salt and pepper together in a mixing bowl. Add chopped dill.
Allow pastry case to cool slightly then add the onions to the base of the tart case. Add the flaked tuna and scatter the chopped tomato pieces across the top.
Carefully pour the cream and egg mixture into the case and bake in the oven for 35-40 minutes, or until the mixture has set and the top is golden.
Allow to cool before slicing. 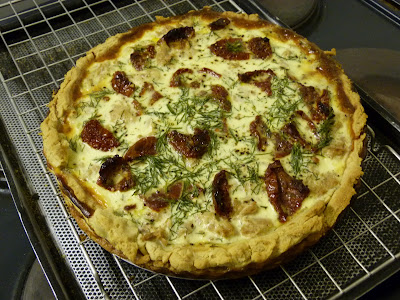