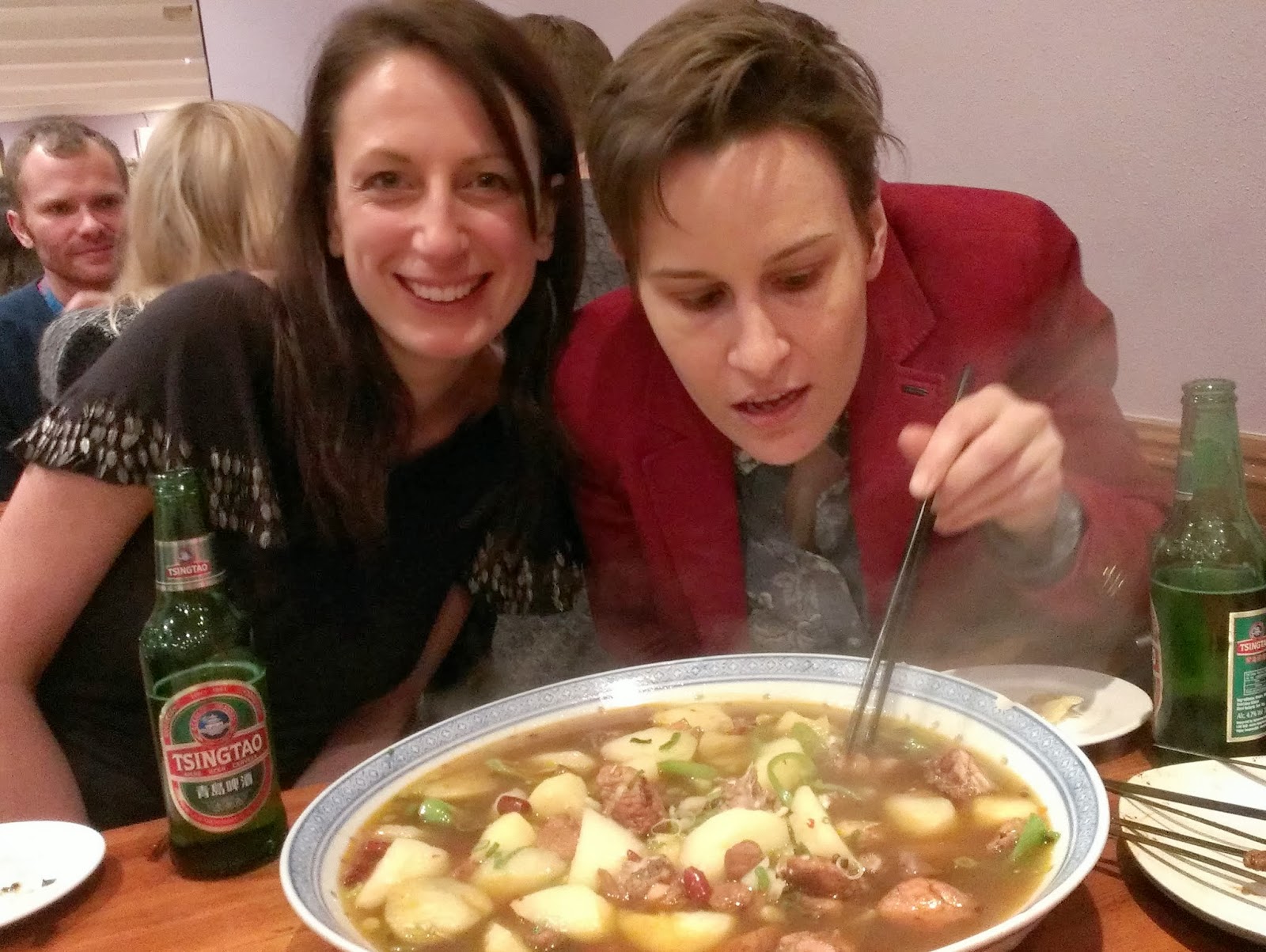 I've have previously mentioned the magical Stealth's shocking revelation that, after two decades of knowing her, she doesn't like Chinese food. Despite my extreme scepticism over this assertion, it seemed like my plans to drag her and the Ewing to the almost universally lauded, Silk Road had been, at least temporarily, thwarted.

Thankfully the auspicious colliding of Chinese New Year and arranging to meet our Brixton-based fried, Emily Mary, meant that only a very small amount of arm-twisting was required to persuade all concerned that they really wanted to spend a rainy Friday evening in deepest darkest Camberwell. 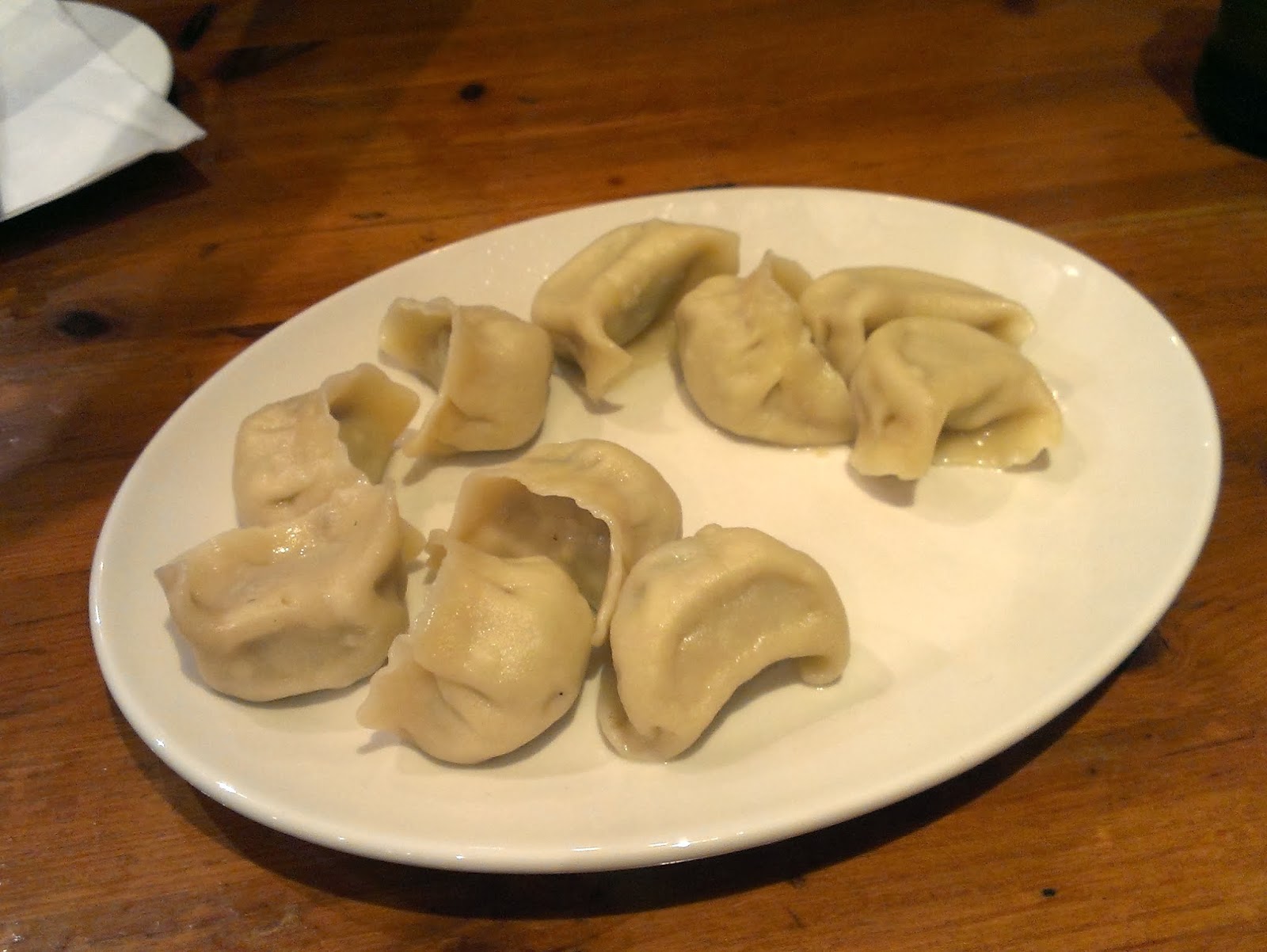 The evening started with plenty of salacious gossip and congratulations over Emily Mary's upcoming nuptials, before turning to the far more serious matter of dinner. Silk Road specialises in the cuisine of the Xinjiang region - found in the remote, Northwest reaches of mainland China. Instead of battered sweet and sour and beef and black beans expect to find plenty of lamb, potatoes, kebabs and wheat noodles on the menu.

A round of Tsing Tao (£2.50 a pop), and a plate of boiled pork and celery dumplings (£3.00) were first out the kitchen While looking rather wan and unassuming on first sight - the sodium-loving Stealth wasted no time in dousing half the plate in soy for dipping - with the first taste all our fears were allayed.

With the highly seasoned and juicy filling encased by the springy homemade wrappers, they made the perfect opening when paired with bottles of icy cold beer. The plates of crisp-edged, pan-fried pork and leek dumplings whizzing past us also looked pretty fantastic. 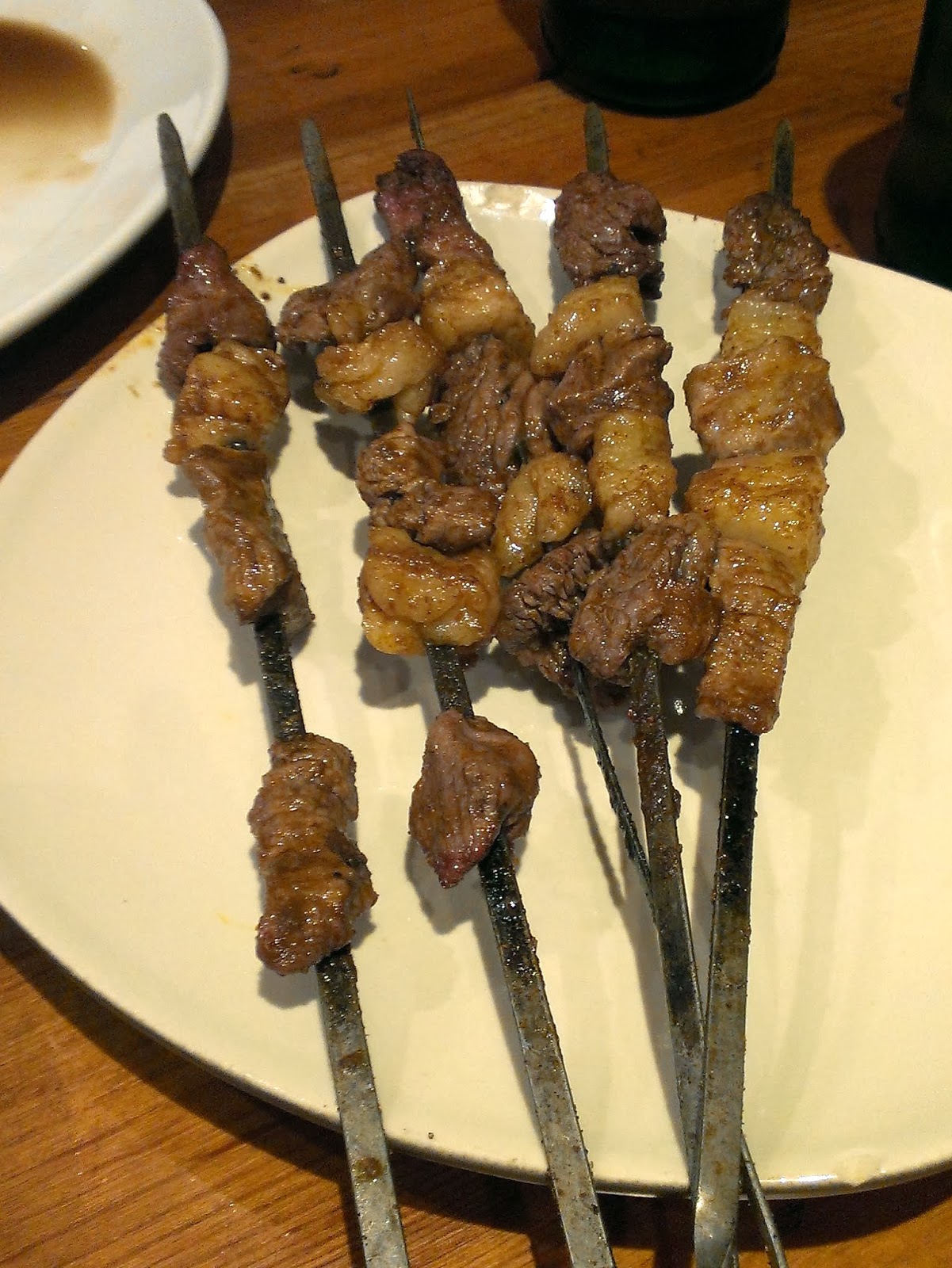 From the Xinjiang style dishes we chose the perennially popular Lamb shish; chunks of meat and fat taht threaded onto metal skewers and covered in liberal drifts of salt and cumin before being grilled until crisp. The finished dish is fragrant and intensely savoury, and clearly a best-seller judging from the vaporous fug of meaty smoke that perfumes the back of the restaurant as you walk past the kitchen to the loo.

Best eaten quickly - as if there would be much danger of leftovers with something so moreish - as delicious as they taste while sizzling hot, not many relish chewing on gobbets of cold lamb fat (although I used to adore my Mum's cold roast lamb sandwiches, with a liberal amount of English mustard). 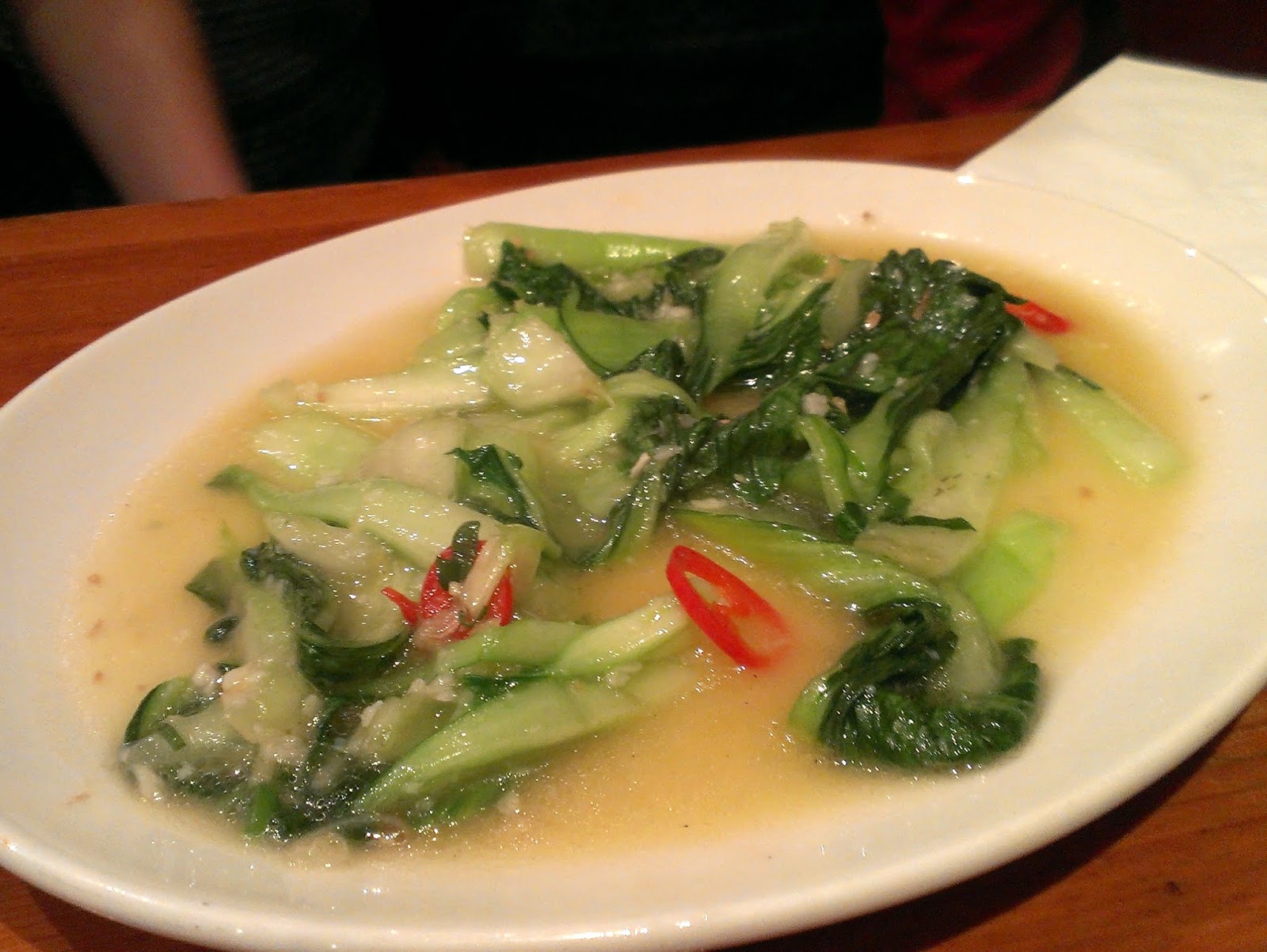 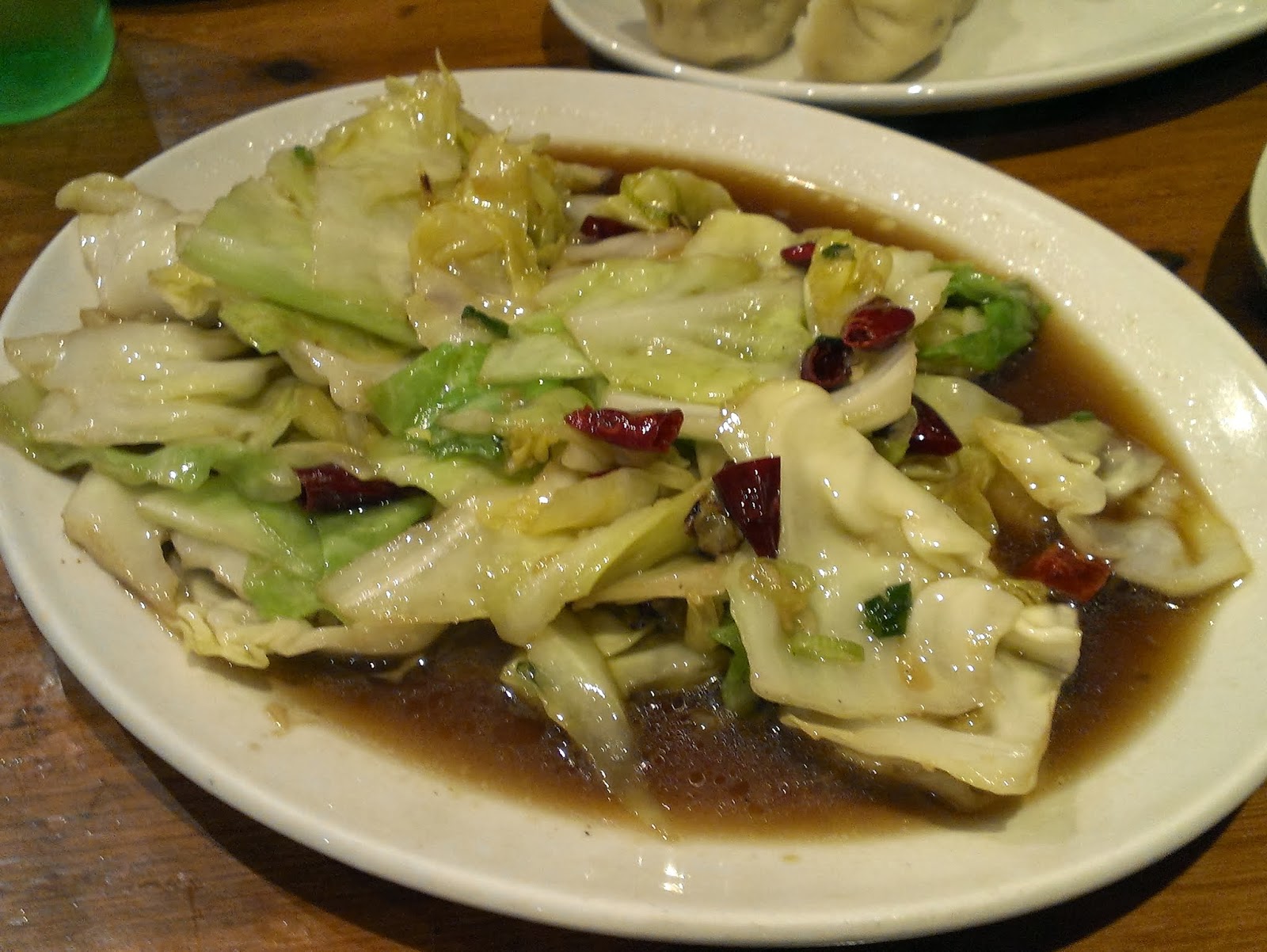 A plate of garlic and fresh chilli strewn pak choi, ordered for the Ewing, was good, but the Home-Style Cabbage was better. Possibly the moist lauded Silk Road dish, here they take the boring brassica and raise it to sublime heights. Leaves of cabbage are lightly braised in a deep stock, which is infused with the slow-burning heat of smoky dried red chilli. Sweet and crunchy brilliance. 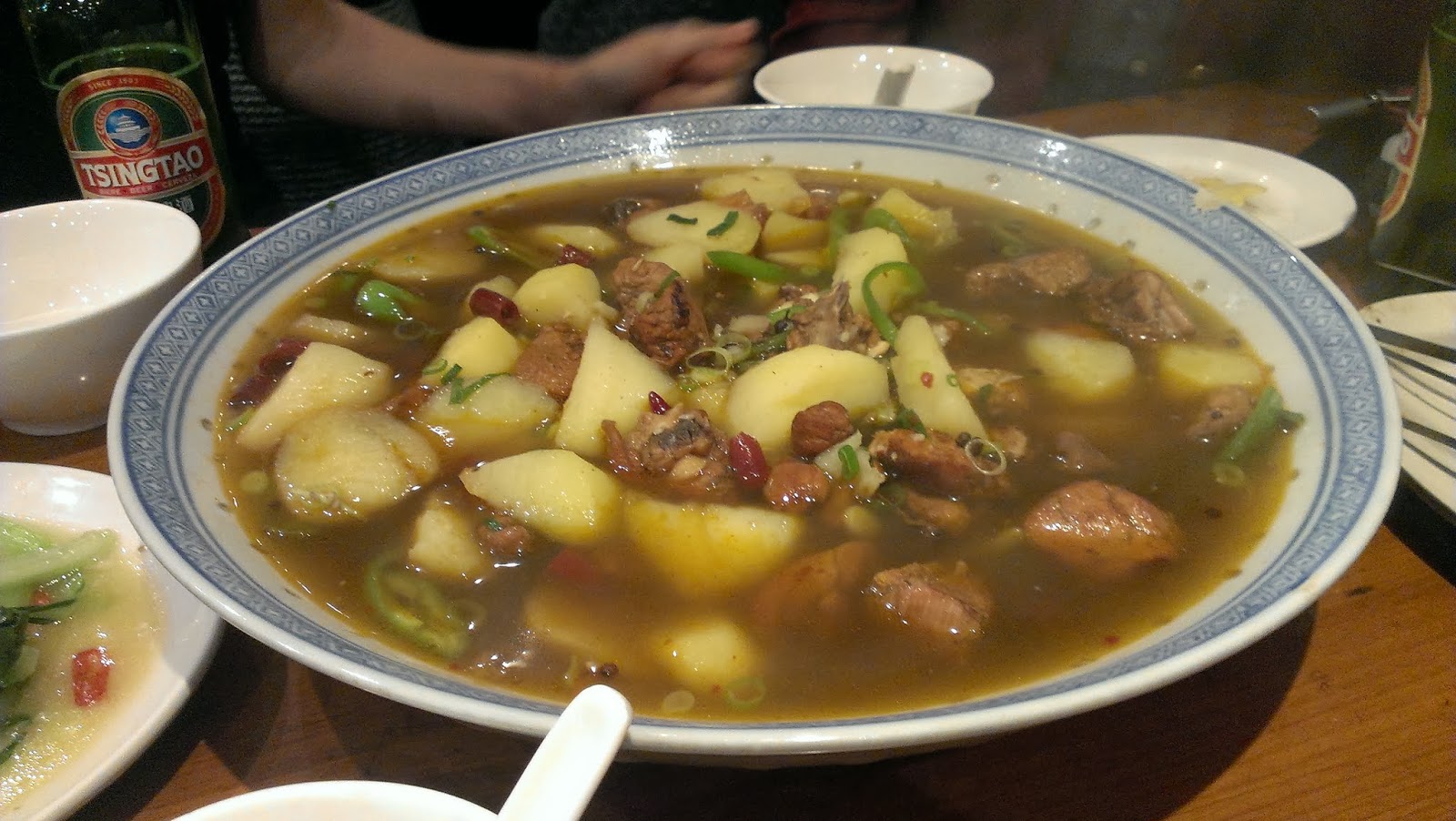 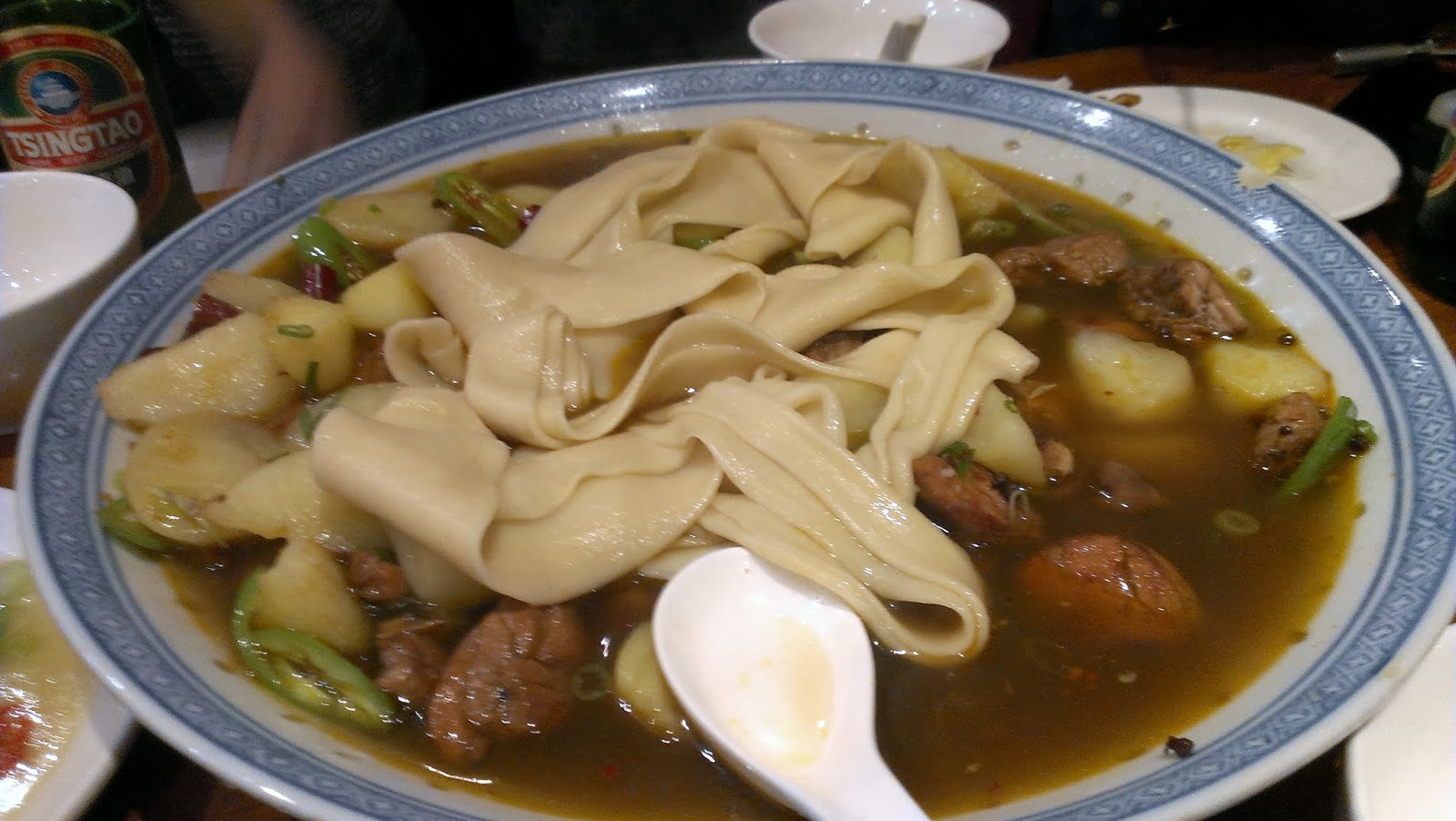 The big plate chicken; a behemoth of a bowl of broth, potatoes and chicken thigh on the bone. If there doesn't seem enough to be getting on with then fear not; after you take your first few ladles of stock the dish is supplemented with even more carbs in the form of a huge portion of hand made belt noodles.

This dish is really something pretty special, a stock fragranced with star anise and a healthy dose of citrussy, numbing Szechuan pepper and swimming with juicy chunks of chicken and waxy spuds. At a mere £15 for the dish, this was stupidly good value, with a vast amount of food, that left even us four gannets defeated (they kindly boxed up the leftovers to take home).

The bill for four of us came to £44; no, that's not a typo. For just over a tenner a head we managed to stuff ourselves silly and had tomorrow's breakfast covered to boot.

So, not many quid lighter and with the thick scent of cumin-scented smoke in our hair, we made it out into the drizzle to catch for the N89 back to Walworth. A very happy Chinese New Year indeed.