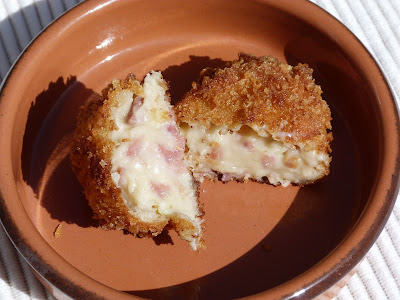 The humble ham croquette. Ever since my first bar-hopping adventure through the streets of Madrid  years ago I have been enthralled by the little bites of gooey bechamel encased in a crispy crust. Like many things that seem glorious when enjoyed on holiday (ouzo, clove cigarettes and pickled cabbage that should have never made it onto the plane...) croquettas always seem to be a little greasy and heavy when eaten on this side of the Channel.

A notable exception (among a few) seems to be Jose Pizarro's tapas bar/restaurant in Bermondsey. I must confess I haven't made the schlep down South to try them yet, but my Twitter feed seems to be populated with pictures of his legendary croquettas and plates of pluma most weekends. Luckily he has been kind enough to share his secrets in his cookbook, 'Seasonal Spanish Food', so I decided to roll up my sleeves and give them a go at home (with a few little tweaks). 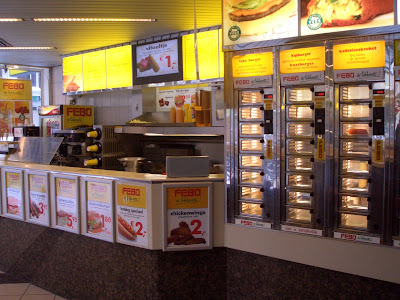 Other nations that have picked upon the appeal of the croquette include Belgium and Holland; on a recent trip to Amsterdam the Ewing and I sustained ourselves with visits to Febo, a burger, bitterballen and croquette purveyor that dispenses snacks from little, coin operated, hot cabinets. I may not have been too fussy about what I was eating at that point, but the parcels of molten veal and cheese were a joy.

The Belgians most famous version, croquettes aux crevettes grises, use the beautiful brown Atlantic shrimp for flavour. For my croquettas I decided to combine the saltiness of Serrano ham with the sweetness of the brown shrimp for a super, surf 'n' turf snack. 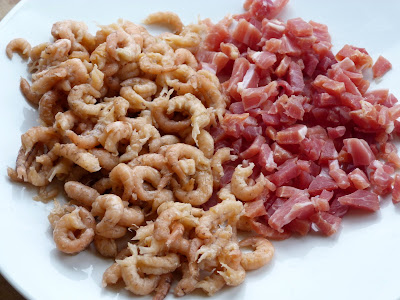 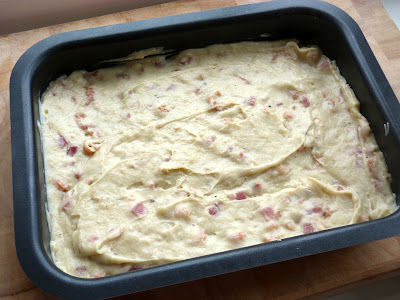 I found the whole process surprisingly easy, the only small problem coming from my bechamel that remained a bit on the liquid side, even when chilled, making rolling the croquettas rather tricky. Still, perseverance paid off and soon I had a tray of breadcrumbed beauties ready for their bath in hot oil.

Worrying that my finished balls may implode on contact with the heat of the fryer, I froze them on a baking sheet overnight (we didn't need them until the next day), and cooked them straight from frozen. Despite my mortal fear of cauldrons of boiling liquids in my kitchen, the whole thing passed by rather uneventfully and soon we had a mountain of croquettas; nicely burnished on the outside, with a properly gooey centre studded with shrimp and ham. Estupendo! 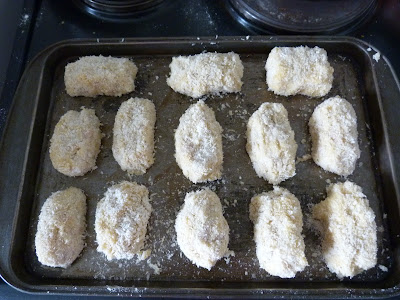 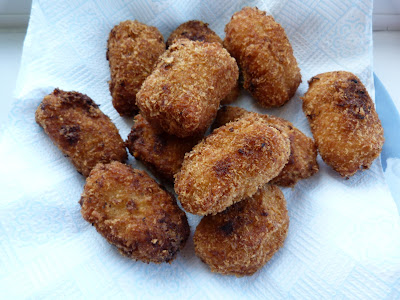 Olive or vegetable oil, for frying

Heat the olive oil in a pan, then add the leek or spring onion and sauté until soft, but not coloured.
Add the ham and cook for 5 minutes, then stir in the flour and cook over medium heat until the mixture is golden and the flour cooked through (8/10 minutes).
Combine the stock and milk in a pan and gently heat through.
Gradually whisk the warm liquid to the roux, a little at a time, stirring the mixture constantly to prevent lumps.
Once you have incorporated all the milk, continue to cook the sauce for about 10 minutes until it thickens and leaves the sides of the pan when you stir it. The roux must be very thick to prevent the croquettas liquefying as you roll/fry them.
Stir in the brown shrimp and taste for seasoning.
Smooth the sauce into a dish and cover with cling film to keep the mixture from drying out. Let cool before putting it in the fridge for at least an hour.
When you are ready to form the croquettes take three bowls, one with flour, one with beaten egg and the third with the breadcrumbs.
Take the sauce out of the fridge. Dust your hands with flour, make a walnut-sized ball with the ham mixture and roll it gently between your palms.
Roll the into the flour, followed by the egg and then the breadcrumbs.
Place the finished croquetas on a tray, when you have used up all the mixture place the tray in the freezer for about an hour (or longer).
Heat the oil to 180°F in a deep fat fryer, saucepan or wok and carefully fry the croquetas, a few at a time at a time, until they are golden all over (about 2/3 minutes each side).
Drain on kitchen paper and enjoy while piping hot, preferably with a cold beer. 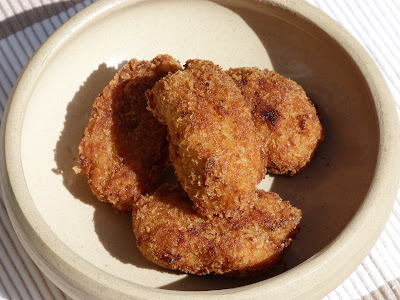 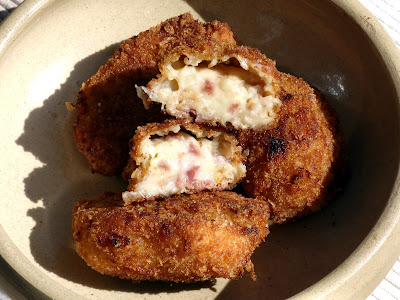