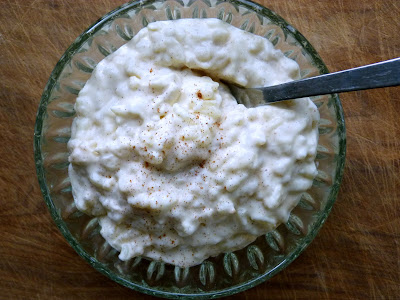 Part three of the thrilling rice pudding collection, and what could be more timely than the Danish seasonal special risalamande? Ususually served on Christmas Eve, this version of rice pud is very rich and creamy with a pleasing hint of Christmas spice provided by the cinnamon and vanilla.


Traditionally there would be an almond hidden somewhere in the pudding. The lucky recipient would recieve a small prize, such as a chocolate or marzipan figure, on discovery (The discovery usually being concealed for as long as possible, so the rest of the guests are obliged to finish the whole dish of pudding, despite being full of festive food already). 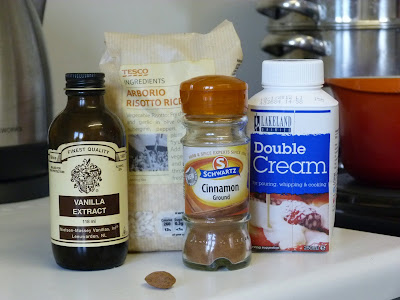 Often accompanied by a (usually cherry) compote, I've descended to scoffing mouthfuls of the morerish stuff straight from the fridge. In fact this has been the only version of rice pud that the (normally happy to eat anything) Ewing has countenanced to eat. High praise indeed. 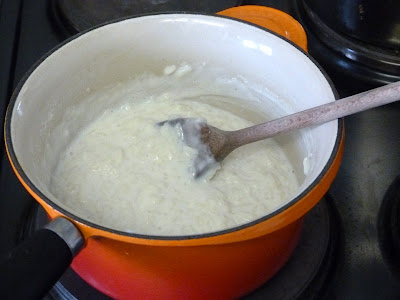 Place the rice and milk in a saucepan and bring to the boil. Add sugar and vanilla and stir.
Simmer, uncovered, stirring regularly until rice is tender (20-25 minutes). Allow to cool.
Add cinnamon to cream and whip until it forms soft peaks. Gently fold cooled rice into cream mixture, add almond if using, and chill throughly.
Serve dusted with extra cinnamon. 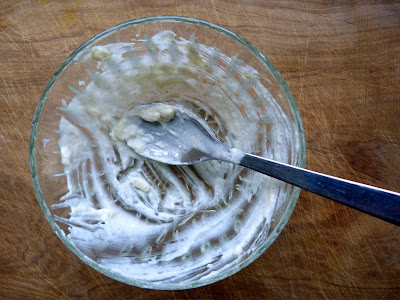